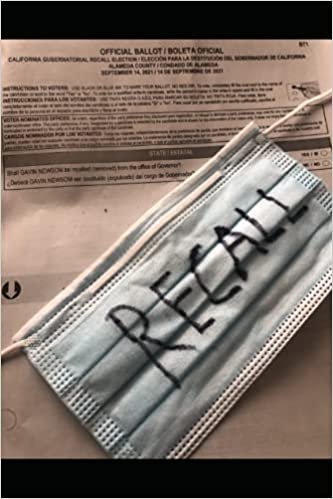 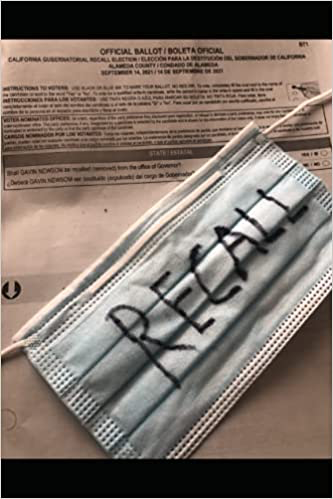 It seems quite intuitive,-indeed patently obvious,-that in a self-governing democracy, the citizenry --or the majority of it anyhow--should have all and only the governors and laws that they want. So, the processes in countries with parliamentary arrangements for dumping heads of state by votes of no confidence and for revising their “constitutions” by simple majority vote seem to be precisely what is required by democratic principles. In systems resembling that of the U.S., however, such “Kick the bum out NOW!” mechanisms are often illegal and almost always highly controversial. In fact, in a recent “Talk of the Town” piece in the New Yorker, Nathan Heller describes the method used for attempting to recall California Governor Gavin Newsom as “the most impoverished” kind of political change “because it builds on nothing and leads nowhere.” And he bemoans the fact that in the U.S. there may be only “one button left in politics, the big red one that says ‘EJECT.’” Heller therefore advises Californians to vote against Newsom’s recall on the theory that all of us should want our own favorites to get full terms if they win--and, well, fair is fair.

The recall is, then, a more contentious matter than it may seem to warrant at first blush. Perhaps weirdly, the philosophical core of this issue reminds me of the slightly obscure questions surrounding the “specious present” that kicked around early 20th Century philosophy. This is because both questions center around how long one’s current psychological state is to count as being “in the present.” Put another way, if a citizenry no longer wants to be governed by a particular individual, how long must the jurisdiction pretend that they still do? Do we have a functioning democracy if, e.g., not one citizen wants the person in office to continue there?

Opponents of recall will respond that the answer to that hoary question is actually quite simple: with few exceptions, an electorate is stuck with an office-holder for precisely so long as the term of office held by that election winner is specified in the applicable law. Voters knew what they were getting and for how long: recall elections are just a way of trying to change the rules in the middle of this game. But, of course, a recall advocate could rejoin that the original rules might already have included a provision for mid-term recalls. In such a case there would be no basis for suggesting that recall advocates are trying to violate appropriate democratic norms. It’s worth noting that the two sides might agree on cases in which the elected individual has died, become incapacitated, or engaged in criminal behavior. Certainly, consensus on midterm removal has tended to be more common when an “impeachable offense” (and perhaps a criminal conviction) is required. But, assuming no incapacity or criminality, must we be burdened with a despised representative -- even where applicable laws allow for removal?

As Joshua Spivak, perhaps the leading U.S. expert on recall elections, informs us in his lively little book on the topic, while many recall provisions around the U.S. require something like incapacity or an impeachable offense for an office-holder to be ditched, many others contain no such restrictions and allow for removal votes for any reason whatsoever. In the latter jurisdictions, even a mild political distaste may be sufficient for going to battle, but Spivak notes that there are often ulterior motives involved where there is an insistence that a competent, innocent victor be faced with the costs and unpleasantness of possible removal.

Spivak has been enchanted by what has been called “the hair trigger form of government” since writing his Master’s thesis on the subject in 1995, and this fascination did not leave him after he received his law degree from Columbia some years later. On the contrary, he has been actively blogging and editorializing on the subject for more than a decade. As he notes, however, in the country at large, interest in recall elections has been more of the waxing and waning variety. The drafters of the U.S. Constitution considered the matter with respect to Federal office-holders, but decided against it, and since those days the notion that the electorate ought to be able to change its mind about who is an appropriate representative at a moment’s notice remained fairly dormant until the Progressives and Populists brought it back with a passion at the dawning of the 20th Century.

While one can find a minor focus in Spivak’s book on California’s recent gubernatorial recall (even though publication occurred prior to the final vote), Spivak’s gaze flits from municipal to state races, from here and now to then and there. Perhaps because it was self-published, there are numerous typos and other infelicities, and it is sometimes painfully informal. For example, in addition to numerous cutesy section headings, Spivak responds to the intuitive idea that recall efforts generally fare better if they take place on regular election days with, “Welp, wrong” (p. 19). For good or ill, his approach is certainly practical rather than theoretical. (For a somewhat more scholarly approach, readers may prefer the recent Palgrave-Macmillan anthology by Yanna Welp and Laurence Whitehead, but it should be noted that that book, perhaps because a number of the authors are not native English speakers, has its own share of linguistic oddities.)

While Spivak’s book is an impressive resource for shards of information on scores, if not hundreds, of recall efforts in state after state since the 1920s, one will not find any conclusions about whether the idea is generally praiseworthy. Instead, he provides something akin to a primer, suggesting what sort of statutory provisions are likely to yield various results, describing political situations where recalls are more or less likely succeed, specifying the sorts of offices where its use might be effective in creating significant change, painting a picture of the mischief that advocates have gotten up to with the procedure, detailing how often recalls have won, lost, or retained a statehouse, and so on.

But it is clear that on Spivak’s view, the benefits of recall are mostly instrumental. On the plus side, he gives the example of the emancipation of U.S. slaves, claiming that it was masses of voters, not representative “trustees” who should get the credit for abolishing slavery. But he finds demerits to direct democracy as well. As a general matter, he is concerned by what seem to him convincing arguments that the average voter quite often has no idea what he or she is talking about, and that it makes sense to be wary of the political inclinations of the ignorant or stupid. Voter limitations have not made him entirely diffident about recall, but this seems to be largely because, on his view, it is a mistake to think that the recall has the immense potential for good or ill had by the initiative. And--in what seems a clearly circular turn--he writes that the argument for elimination of the recall “runs into the powerful point that the voters want recalls” (p. 103) without seeming to recognize that this point is powerful (or even sensible) only if recalls are valuable independent of beneficent effects.

One gets a much less ambiguous take on the mechanism from an anti-Progressive book penned in 1913 by (then law professor, but future Republican President) William Howard Taft. That Taft shares Spivak’s consequentialism is clear when he says that the point of governments is the happiness of the people governed. And I think both men would agree with Taft’s assessment that the point of government is not the voting, but “accomplishing something for the benefit of the people.” They both make the primary goal of public office achieving the best for the most electors, while preserving the rights and happiness of every individual.

Unlike Spivak, however, Taft is quite certain that the effects of the recall will usually be harmful. This is not because he thinks elected officials always have a right to continue in office until the end of their terms. In his view, the real objection to the hair trigger dismissal is not any harm it visits upon office-holders, but “its injury to efficient government and the possibility that an honest and effective official may be prevented from doing his duty…” Why? Taft believes that it removes any likelihood of securing any independent and courageous actions from public servants. In his view, the recall instead tends rather to produce “a nervous condition of irresolution” in our representatives regarding whether they should “act in the interest of the public, should withhold from doing anything, or should do as little as possible, in order to avoid any discussion at all.”

In my own view, assessing a basic democratic procedure only on the basis of its instrumental value is always a mistake, whether one comes down with Taft, Spivak, or even with a Progressive like W.S. U’ren, who hoped that democratic reforms like the Initiative Petition might bring Oregonians the Single Tax by 1920. After all, if democracy itself isn’t the highest goal, one might get a “better result” for the people from a “dictatorship of the proletariat,” a “philosopher king,” or even, in a “brave new world,” an extensive use of soma or Skinner boxes. I would thus argue that we cannot subordinate the idea of self-government, of the people getting what they want, to the goodness of outcomes. If we do so, democracy of every kind will be put at risk. We might think of this as a dignity issue, with the idea being that human beings simply deserve to be considered competent to rule themselves. Or we might come to understand that elections are not truth-tracking in the first place, so the alleged ignorance or intellectual shortcomings of the electorate is irrelevant. Either way, we must see that the point of elections is simply to assess what people want so a good faith attempt can be made to get it for them.

I hope no one will take from my criticisms that I don’t think Spivak’s book is worth picking up. That’s not the case at all. Even those who agree with me on the fundamental importance of recall to authentic democracy should know the details of how this mechanism ought to be set up and what its use portends. What should the signature requirements be? What level of participation in the election should be required? When and how often should recalls be allowed? To what offices should it be applied? When is the recall likely to work and when will it surely fail? Joshua Spivak’s book certainly makes an important contribution to the understanding of all those matters and many more. Furthermore, besides being a fun read, it is an absolute bargain for past and future candidates as well as political consultants and pundits at its nearly Progressive era price of $5. 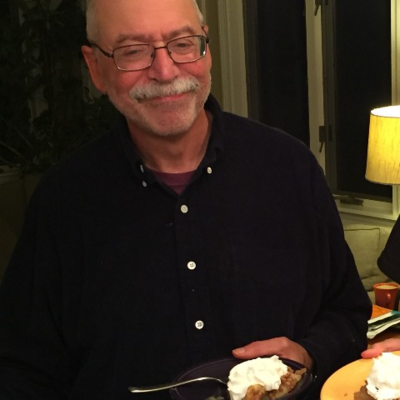 Walter Horn is a philosopher of politics and epistemology.

Other Hornbook of Democracy Book Reviews