A Hornbook of Democracy Book Reviews 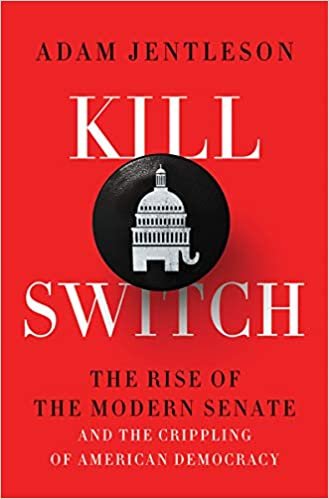 Adam Jentleson, Kill Switch: The Rise of the Modern Senate and the Crippling of American Democracy

The Jentleson family has been involved in high-level American politics and policy for a long time. Bruce Jentleson, the father of the author of the book being reviewed here, is a distinguished academic and was a campaign aide to Presidential Candidate Al Gore when his son Adam was studying history at Columbia. A few years later, in 2004 and 2008, Adam was writing speeches for two other Democratic also-rans, John Kerry and John Edwards. Then it was the dad’s turn again: he was a foreign policy consultant to Hillary Clinton during her 2016 run. While Jentleson perehas been a leading foreign policy expert for years, working with Madeleine Albright, serving as head of the Sanford Institute of Public Policy at Duke University, and writing a number of highly regarded books on diplomacy, Jentleson filsopted to turn his knowledge of U.S. history and speech-writing skills to a job in Senate Majority Leader Harry Reid’s office, and, more recently, to authoring a highly readable book about the Senate’s steady descent into blatant iniquity. Walter Horn Reviews. 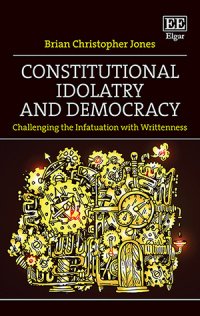 Review of Brian Christopher Jones, Constitutional Idolatry and Democracy: Challenging the Infatuation with Writtenness. You’re on your way to your eighth high school volleyball game this month. Although the trip to the school where your daughter will be playing is less than five miles away from your house, you see a couple of dozen American flags on the way, a few on poles, the rest angling up from above front doors. Shortly after your arrival at the gym, you’ll be required to doff your hat and stand through one more performance of the “Star-Spangled Banner,” either by a brass band recorded in 1967 and reproduced on some sort of squawk box or sung by a junior who hopes to major in drama at SUNY Purchase. 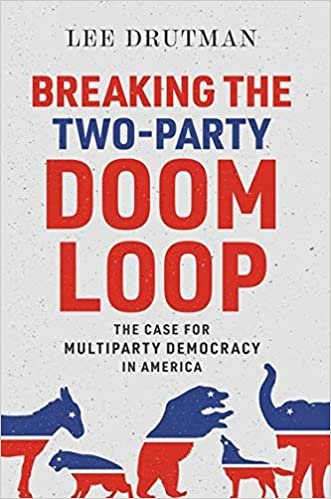 1. Review of Lee Drutman's Breaking the Two-Party Doom Loop: The Case for Multiparty Democracy in America

Observers of governments have been fascinated by political parties (or “factions”) at least since the time that James Madison and Alexander Hamilton were voicing their dread of them in The Federalist Papers. Are they akin to pressure groups, lurking around the edges of legislatures pushing for special treatment, or are they rather what actually becomes the government when their preferred candidates win elections? Can democracies exist without them or are they necessary if people are to get what they really want from their rulers? For good or ill, however, as political science advanced into the 20thCentury, many of its leading lights began to lose sight of the importance of parties. Kicking off a new series of book reviews, Walter Horn reviews Lee Drutman's 'Breaking the Two-Party Doom Loop'