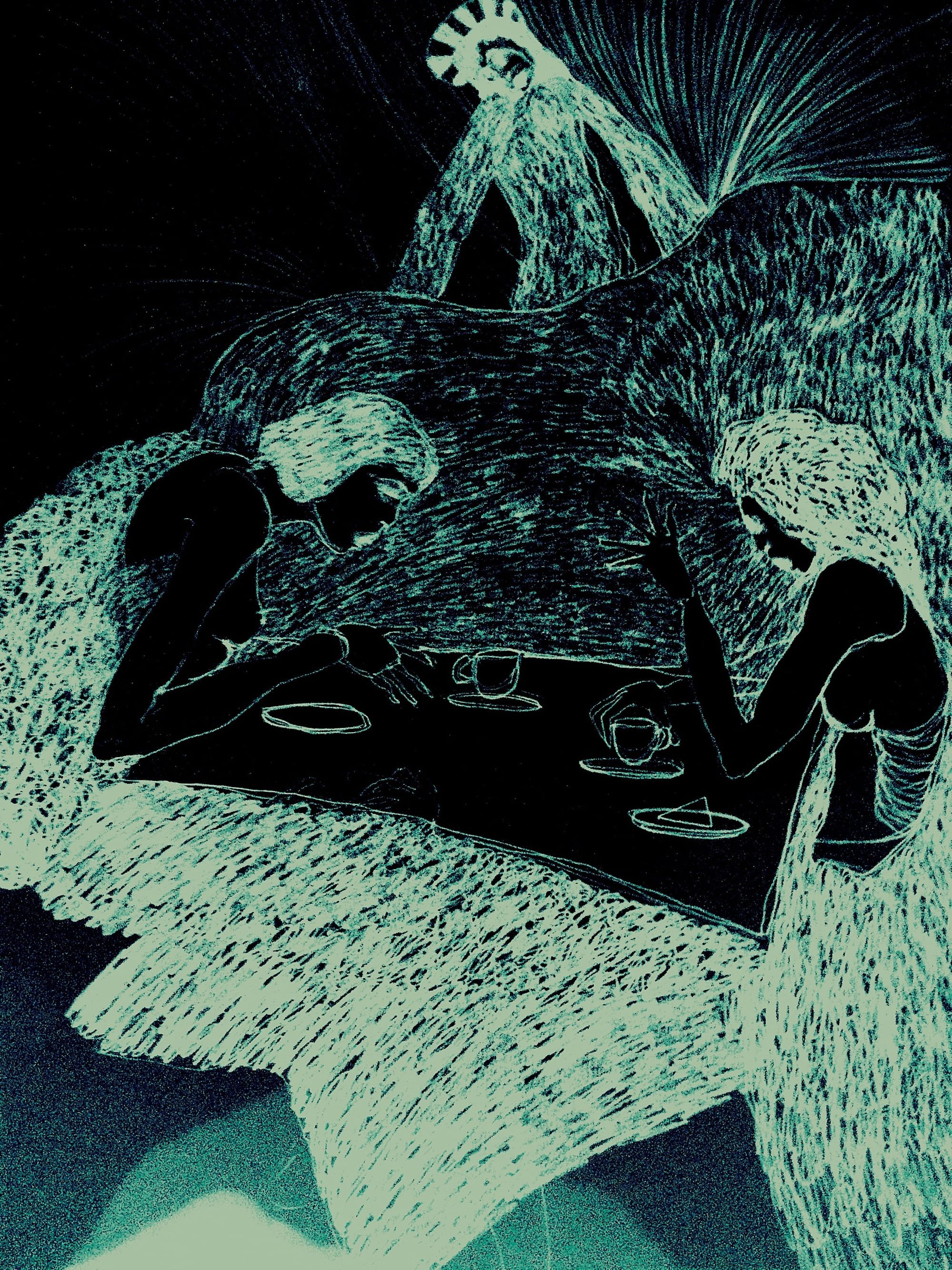 He went home. He didn’t know which part of himself to listen to. Whatever he did it seemed that he was talking to himself at cross purposes. It was like all the action had actually happened between the lines. If time went on it wasn’t the sort in clocks. No matter where you get to, it seems the point’s going to have someone losing. And here Johnny had someone he didn’t even know die for him. Alongside everything he felt annoyance. It seemed this was a debt someone else had paid. Or given him as a loan. Everyone dies eventually, but this one only looked like that. It was the way literary speech only looks like speech. And then only from a point of departure.

Johnny sat one afternoon soon after. Everything was a ruthless and permanent part of history. This was where he lived. There was nobody he talked to. A few films on tv, some books, radio 3, chessmen, LPs and stuff like that. He wandered shops on Saturdays in Rotherham or Sheffield. He sat in the libraries and read about the vast loneliness of the albatross and the whale. He liked to hang around bus shelters. He didn’t mind being invisible. He roamed back streets and odd shops selling odd rubbish. He cruised free art galleries and free parks and arboretums. He was looking for someone without dragging bedrooms into it. He saw that brutality isn’t strength, and flipness not wit. Realism wasn’t abuse. He felt life held too many by the throat. He’d seen the ugliest thing seen and he held the sight like life insurance. It would follow him about forever. He couldn’t shake any of it off and didn’t want to. It was his death. His suicide. The biggest sadness in the tangled woof of his own existence. Like himself, the dead boy just didn’t know the right people. That’s what it all meant. Sorrow is how menace adds up. There’s something rotten in the way we have to live knowing sooner or later someone else will inevitably pay for what we’ve done. I guess Johnny wanted to work out how that made him feel. To him there were still ways of living poetically. It amounted to behaving with a realism that betrayed its utterly fantastical, impossible endurance. You don’t weep. You find a way of punching and when too tired to raise a fist you toss out your heart. When they go for it you run the other way. There was a still sense of pride and bitter cool in the way Johnny took the days after what he’d seen. One thing he wondered about was whether the hanged boy had somehow felt he was protecting a dignity he had never had, or had used up.

We end up in the summer at the table. The woman with the tumor leaning forward. The mother with her polished surface and tormented look as if the last thing in the world. Here were two older women with something slipping through their fingers. The woman with the tumor was having to find herself again and again. It was as if through sheer will she was lifting a great weight, holding on to whatever it was with a smile with badly bent-down corners. Johnny thought there was something of the naughty child who refuses bed in them. Some kind of heat bounced off their seared heads. The light was harsh as teeth left in a solution all night. What Johnny detected was a feeling of shame in the dying woman. As if the tumor was some kind of record. That a judgment had been passed and there was nothing else to do but accept it. The mother teetered on the pretence of critical thought. Johnny knew that she was incapable of staying on that ledge for long. She was sharp enough to cut sliced bread but was all emotions and sensations. Their voices threw out rosy mists and a kind of worn innocence, like cracked roads with dew on them before people arrive. Every minute was half an hour.

Johnny watched the afternoon like it was somewhere else. Whatever added up was obscure and personal. Why did this afternoon seem like it belonged to him along with everything else? Why of all the times was it this odd, uncanny, uncouth and depraved scene that stuck? It was like it asked for the highest sort of thinking. The most refined sort of emotions and tastes. But there was nothing in it to attract anyone with those attributes to hang around. What was the matter with the scene? It was fenced in on all sides, or so it seemed to Johnny. The violence of the past, the suicide and the blind girl and the plastic hose-pipe, the fights and all the improbable, ineffable intentions formed an impervious barbed wire fence in him. There was a dark that soaked up the light. But helped the light shine nevertheless. 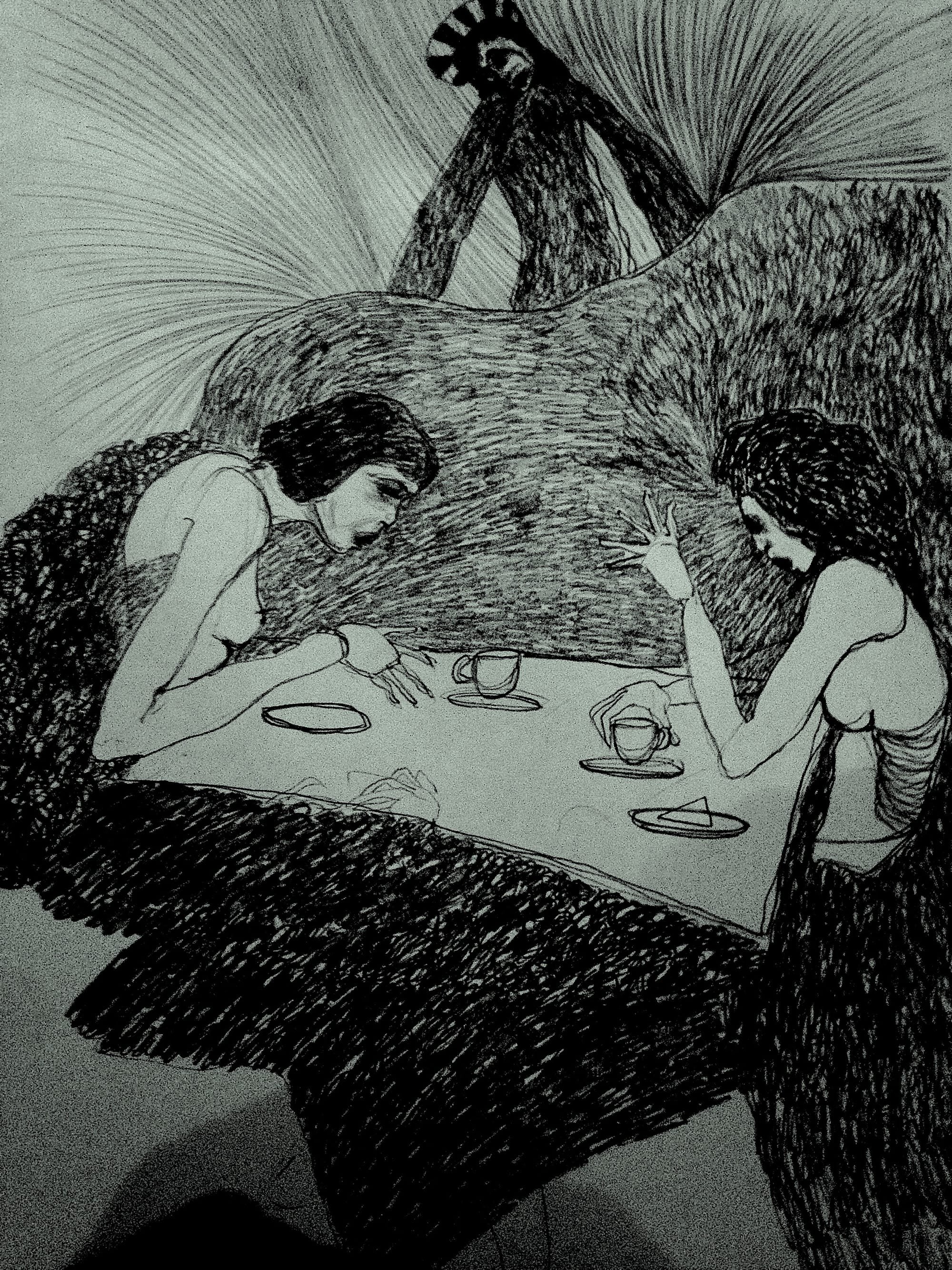