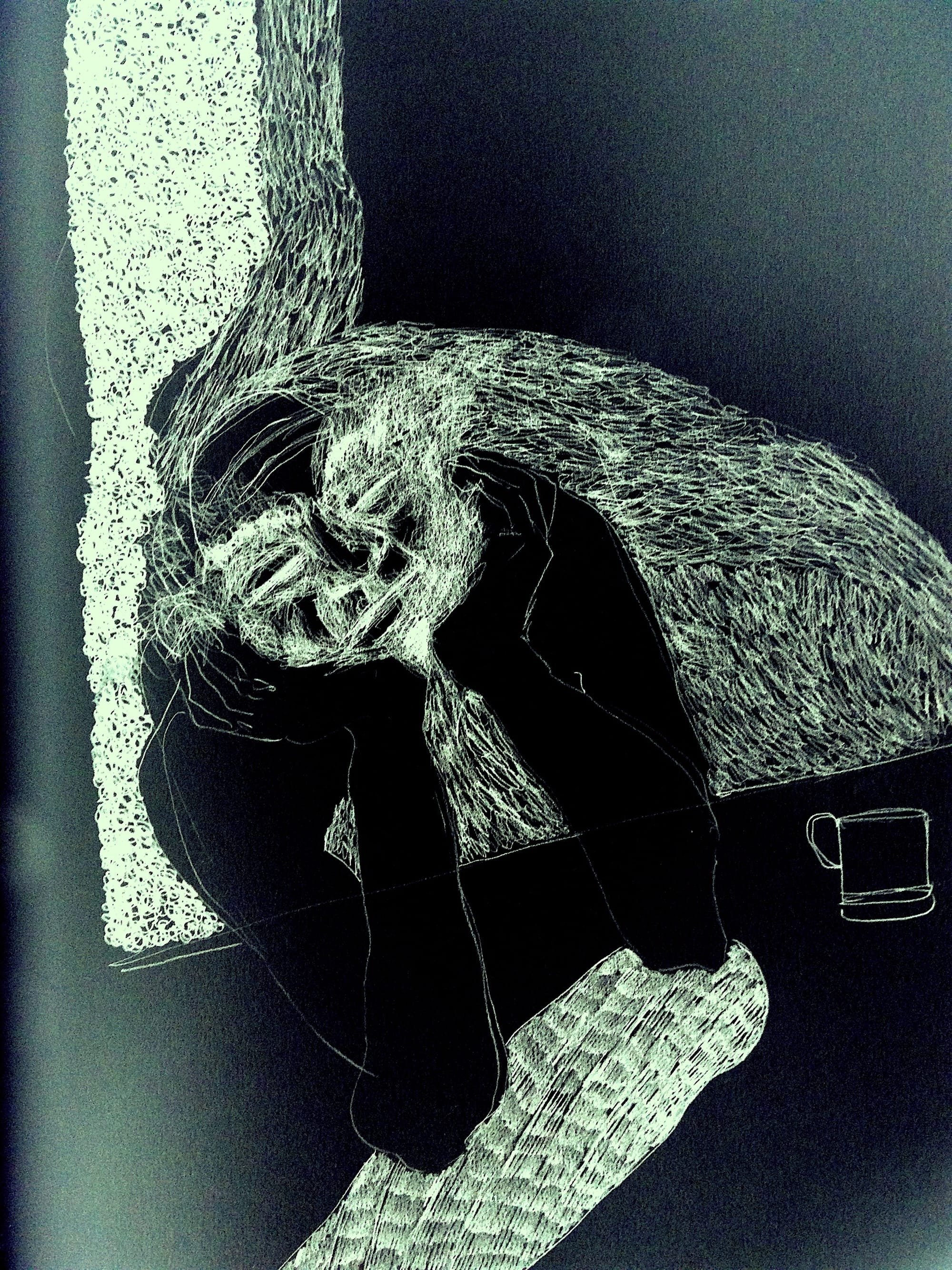 Everyone wakes up at some point. We ask: who’ll remember? Does anyone even notice?

Johnny made slight changes of focus or formulation as he just made up his mind. Things are what they are. Things always are even though some say otherwise. There’s no argument, more a kind of distance and way of travelling. It takes time to see dawns, sunrises and other things when you’re going asunder. When you’re going it’s the sea you want. The fields when the wind blew through were like that. He never saw them without a shiver of anxiety that was half delight. There was nothing left worth redeeming and nothing justifying letting it go on. There was a sense that achieving old age would have been a failure to react enough. But there was also a sense that a long time might accrue certain satisfactions, those akin to revenge and brute love rolled out beyond good and evil. He wasn’t so sure-footed that joy wasn’t a kind of appealing need. He might have been wounded, maybe even killed off way before, but this time was one where the lights were shady and the atmosphere a dirty, liver-curdled green. Leaves were shedding their trees in the icy night of a new spirit. His knees were trembling. His eyes stared like broad daylight.

Mockery is over like summer, but unforgettable. Executions are easier to hush from the inside. The joke’s always on you. It turns you to the left and right and hope, faith and charity are in the opposite direction. No one gives a damn too many times. Business that shuts everyone’s mouths is a mystery most foul. If someone had entered his afterlife things might have asked less of him. He might have had to look for something else, something better or at least something straighter, narrower. He listened to the quiet that clung to him like an old hand. It clutched his sleeve like it would fall if it let go. If only someone had followed his mind. He’d have told a heart or so what he was at. His truths would have been more than diving, landscapes and blood-curdling tales of defeat. Half of his soul would have been better there than here. He was suddenly without apologies even though everything was faster than it should have been. He was going to create a version of what he was that would be merciless.

He’d have waited if someone had stood up and promised. If someone had said some horizons were always worth it. He’d have waited in threes if that had been the word in the fields, on the ground, in the right hand gently unclenched. Words might have come from beyond the impurities, the flailing fists, the honest appraisals. He might have spoken in tongues. There might have been a bleeding heart waiting somewhere in his childhood, next door to the tempest storms that came in the front door, out by the greenhouse. He didn’t hold anyone responsible or any less virtuous. It was just a crying shame. He had walked and talked himself into a dumb silence. There were twelve years when his last request might have been his last everything. He’d seen power without glory and God outside a creed. He'd relied on causes beyond the realm of everyday practical affairs. Intuitions were as unreliable here as everywhere else. His sun had sunk below the horizon and he’d lost track of time. Dead metaphors clung to his common sense like dead flies on the window sill. 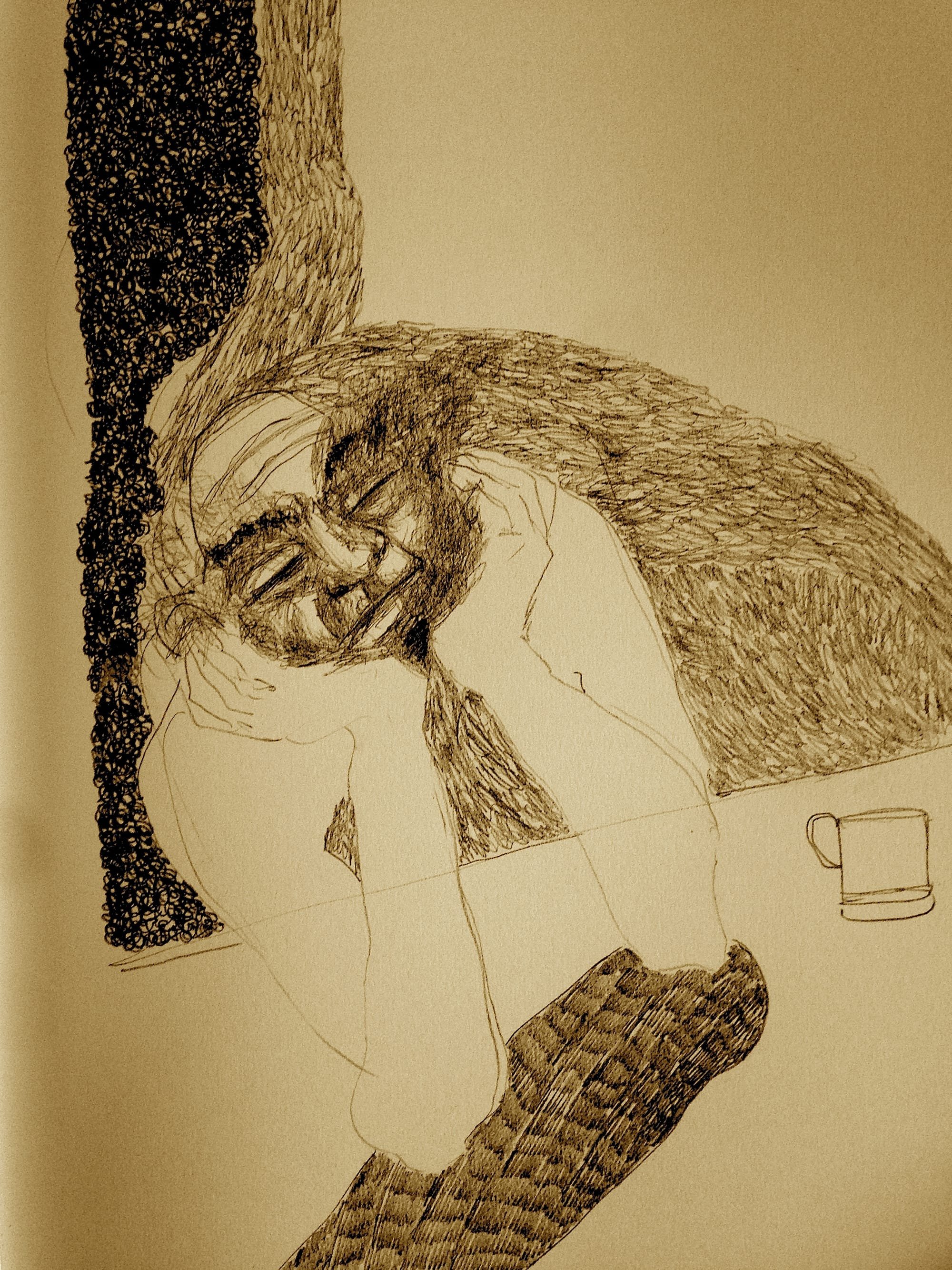