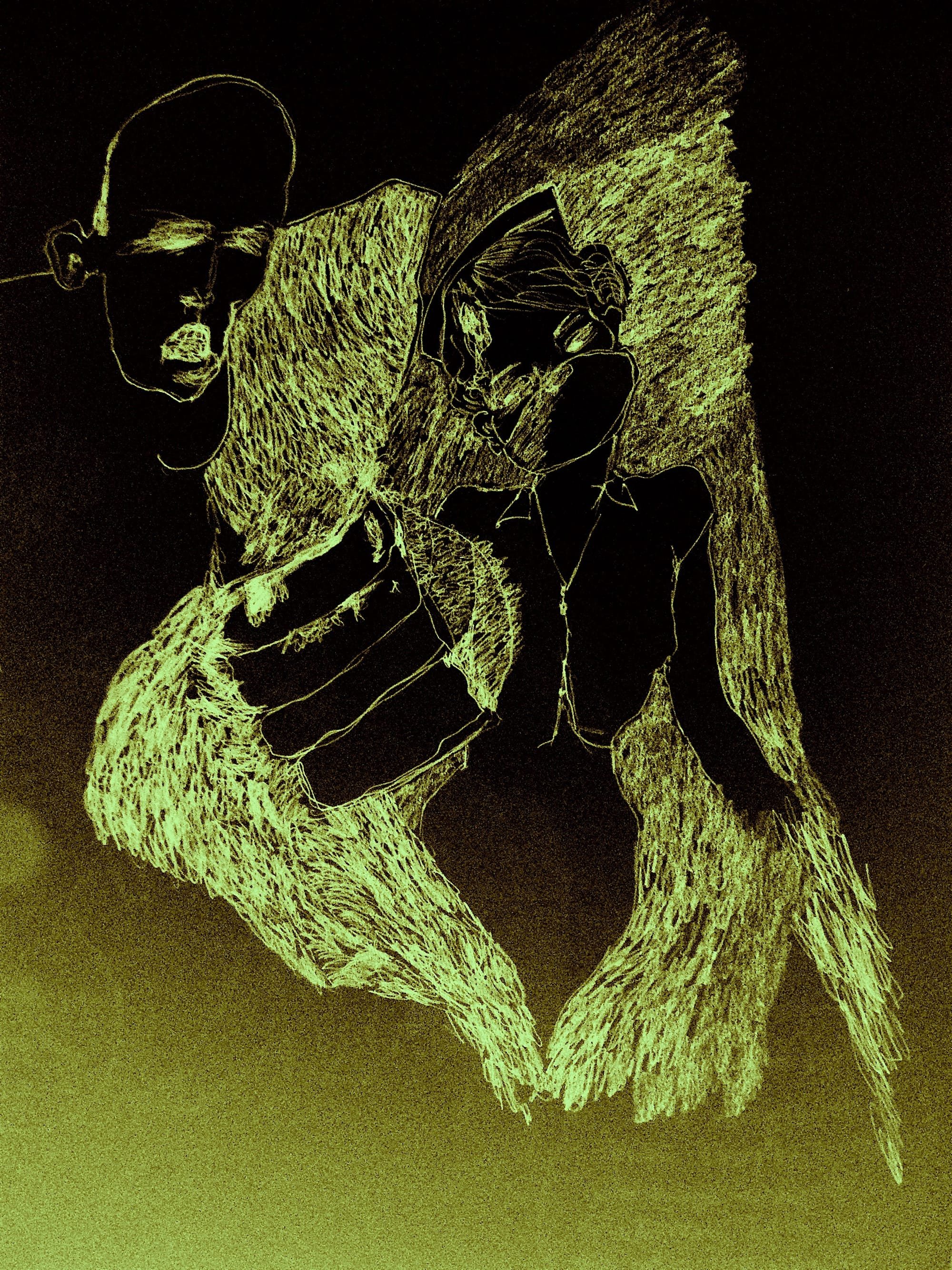 The Saturday afternoons drifted through to dusk with all these lines twisting and distorting Johnny’s solitude and his sense that he might have to endure. Keeping his body in place didn’t touch his mind. Actions were the souls of the merciless. He let others do the behaving for him. He felt their sorrows. It seemed an exchange that, if not fair, produced all the effects of living. Whole civilizations are built on exaggerations between minor differences. Accuracy is always cunning. Truth knows only the market price. And only miracles are worth knowing. Johnny settled for the entreating entrance of motionless nights. Haunting and eloquent ink dreams saw speed limits and existential angst coalesce. Diaphonous auras of unperturbable softness gathered spare and solid shapes.

Johnny had no one to talk to. He woke and thought he knew that no one understood. He wanted to make it clear. He never saw his life as being a matter of being understood. That had been taken off the table. It had been thrown out more or less before the ink abated. It was not an option. Johnny saw the animals around him and their wondrous silence. The silence of the cats. The silence of the squirrels. The silence of the rats. Of the voles by the canals. Of the snakes. Of the rabbits. The hares. The insects and their otherworldly evenings. He couldn’t fathom how they managed their silence. Never fathomed how it was. That was how he identified with them. He related to the hard, definite and immutable distance between them. Their hard silence wasn’t something to be emolliated. He was eager to grasp it. What he understood was how there were distances that stood up to every test. That some silences were immeasurable, unfathomable and perfect. Johnny could speak and yet he didn’t communicate. He walked but never moved. He was there but never here. He would try his best but learned that what he thought and saw and felt would be no help. Honestly, his best wasn't good enough. The beatings went on even when the day had finished and he was alone. They went on in his head and his cheesecloth shirts and across the angles and trajectories of the rooms and roads and woodlands. They carried on in vicious circles as if monks and literature, Byzantium and the intelligentsia had never existed. He knew what the fear was that came across the horizon. He felt the freezing cold that clutched him in a cormorant snarl.

The blind girl held him close everlastingly whilst the father beat out at him across a distance. The body was a wretched disaster that enclosed solitude inside effervescent and fantastic terrors. Sex was fright and hot watery weight pushing down and down and down and down and down. She wanted to wear him like a veil. The great eyes were warm with a glowing frenzy that didn’t ever see him. She was an uncertain rustling of rare separate heart-beating hesitation overcome by the dark deep peering over. This was that. It was helpless deliberation, a fate that came through far doors stealthily and without drama and left as a turbulence that would never stop clicking in his ear drums. It was inevitable and crushing. It touched every secret chamber. It murmured something louder than his strength. It opened other doors beyond which there was nothing and no token of stillness. No living being is ever blessed by this grim bust. Every thought he ever had was belittled. Every part of his body was ridiculous. In the years that followed every girl was impossible. They carried too much strength. They would defeat his every attempt. Lives seemed too much measured by fraud, fear, greed, imagination and poetry. Mirrors were where he drew pictures of what was left of him in moonbeams. His skin was just her road. His hair was the napkin afterwards, the swiped wash-off. His nose was full of the sour scent of her rubbing. Her greasy pulverized rubbery body spread itself across his bruised lips and face, his bleeding nose, his closed eyes that refused her engorged, leaking sepulchre. He played back the tv shows. He clung to the throttled times where films wrote their scripts into his thoughts and threw away one world for something at least quotable.

He tried to keep nothing in mind when he approached the outer world. The miners would take his books and punch him. The boys would punch him and he’d punch back. The girls would stare without blinking. The tests were always a mess. If you’re not clever enough and not strong enough and not wicked enough then what happens? This is what Johnny thought when he was watching the films and the cop shows. He learned his moves and motives there. He watched the heroes to work out why they were left standing at the end and the others weren’t. He felt their bones under his own skin. He liked the black and white ones where there was one less distraction. He watched the vices of the private detectives and gunslinger’s and noted how the music went along for a ride. He watched impassive faces tremble but give nothing out. He wondered at the possibility of meaning in them. He drew conclusions that trailed after the screening like vapours. He took time to slow down his own responses. He spoke in ways he’d learned. He had several ways by the end. He found the delicacy of others in this kind of thing. He found he edged close to something worth noting. He was always looking over other people's shoulders. There was no one who seemed to guess. He was dazzled by what the blind girl had done, as if throughout there had been a promise being withdrawn with one hand but given in the other. 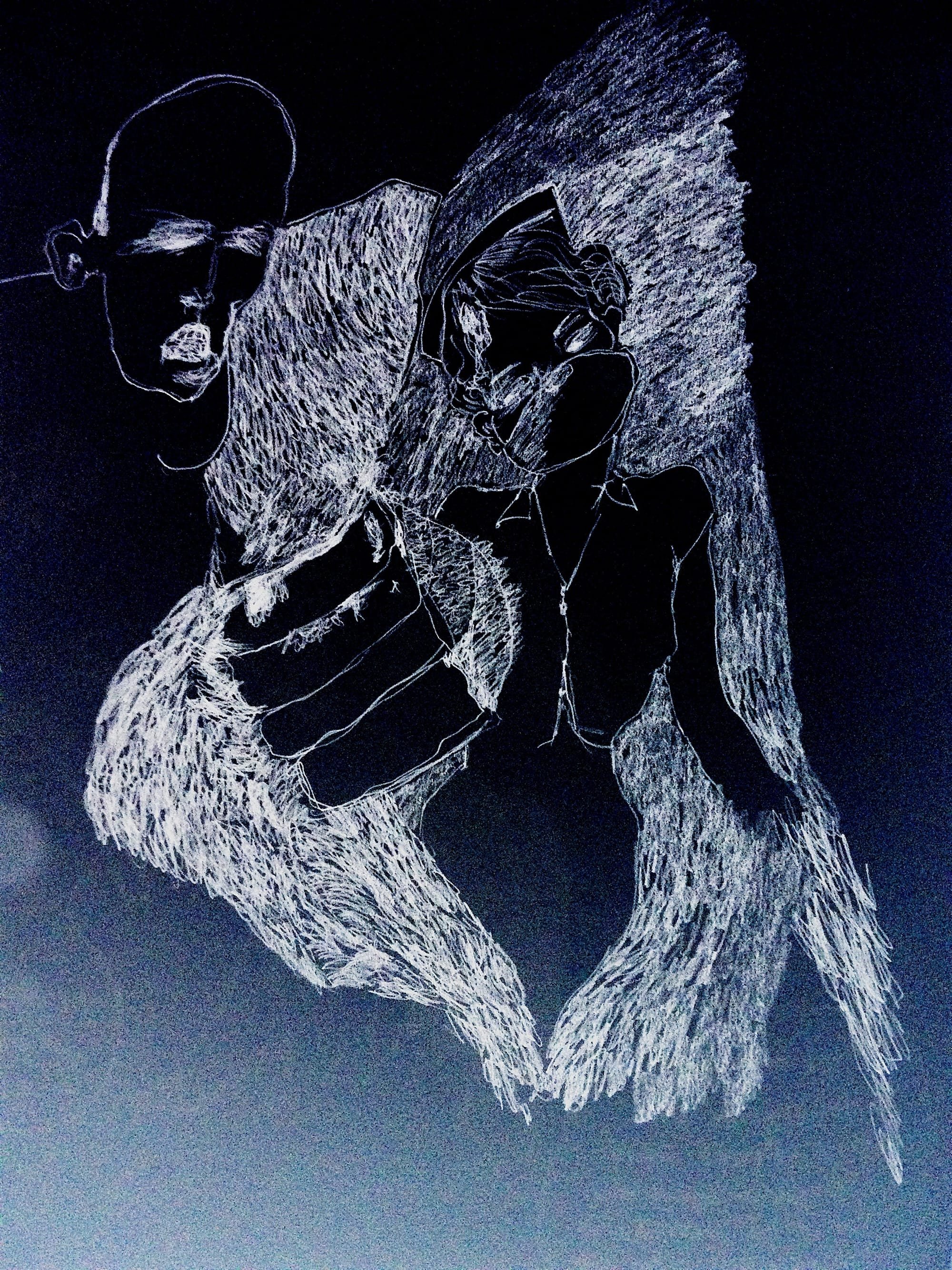