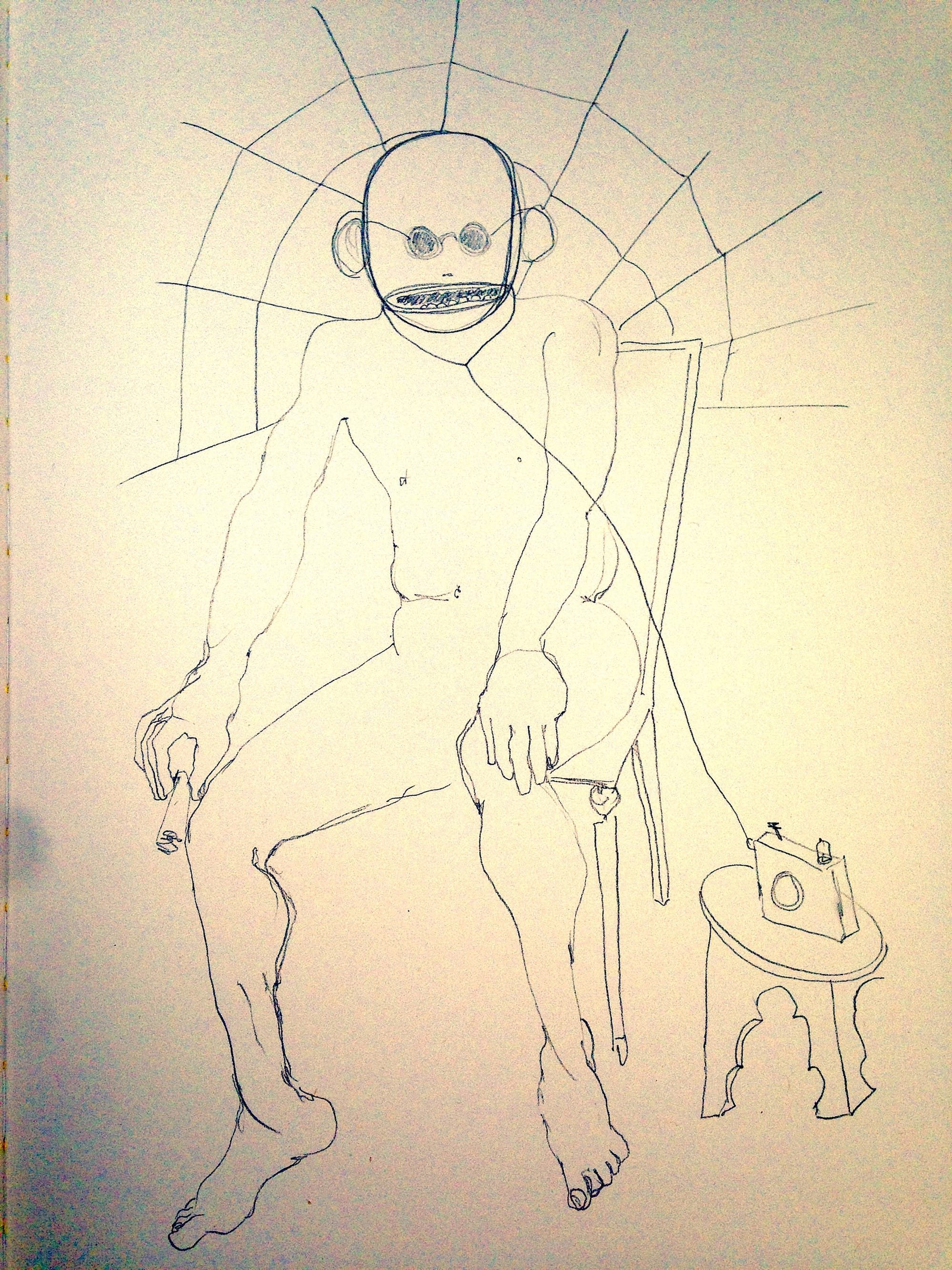 ‘Why do we come back? We come back when we’ve run out. We left because we were disillusioned. We return because we’re lost. We die because there were no more causes to run to.’

Johnny pounced on lines like that as he watched Saturday afternoon tv films on BBC 2, a mixture of melodramas, noirs and westerns. He stopped his shooting, buried the dead, let others take over and saw it as it was: a lost cause. ‘Did you ever want to forget anything? Did you ever want to cut away a piece of your memory or blot it out? You can’t, you know.’

‘ I never confuse business with sentiment. Unless it’s extremely profitable, of course.’

‘I have spent all my life resisting the desire to understand it.’

‘I dream of a grave, deep and narrow, where we could clasp each other in our arms as with clamps, and I would hide my face in you and you would hide your face in me, and nobody would ever miss us, wouldn’t even get our names right.’

‘You are the sentence I write inside myself; that is love. But it’s in a language I can’t read.’

‘Innocence is when you don’t know what you want. Au contraire the abject, who always know what they want.’

‘Even if no body comes, I want to be worthy of them at every moment.’

‘The poems we need are the kind that make us want to die yet never cease to keep us alive.’

‘ Self-control is a devil wanting to randomize the infinity of my existence. But so is its contrary. A college janitor told me that. ’

‘If you’re my friend you’ll not walk in front of me, nor behind me, nor by my side. You’ll hail a cab – and get in it alone.’

‘In the depths of winter I discover a worse season within, which comforts me.’

‘Being normal is exhausting. But being strange is living to the point of tears, and for a single season might be attractive. But like charm, it ends without knowing anything beyond cause and affect.’

‘ When you’re feeling trapped, build a stronger set of bars.’

‘ A bending heart is evil because it can’t be broken.’

‘ A rebel is someone whose life compares itself. It is happy to be both halves, the winner and the lost. Can they be combined? This is a practical abstraction that the rebel feigns interest in. In reality, rebels fear to even dream of victory because they cannot bear their doubts.’

‘ There is no such thing as gentle indifference. There is gentle ignorance however. The two get confused.’

‘ Why is love so revered if it inevitably requires betrayal and beauty? To hell with it.  If I get to heaven it’ll be for something else.’

‘Everyone’s dying and it feels inevitable. That’s why I want to help. I love lost causes.’

‘ You’re talking in my sleep.’

‘ Cops are the way we pay off our bad conscience. Rebels are the one’s who make a big show of paying these debts because they feel real guilty.’

‘ No one is on the executioner’s side except the condemned.’

‘ Loneliness isn’t about not enough people. It’s about not knowing what happened.’

‘The hardest task is to remove our meaning. It's like trying to obey an instruction to not think of white horses.’

‘The truth that we are our own wounds is a fresh wound.’

‘There are days when it’s always too early or too late.’

‘ With luck you meet certain people who stay with you no matter where they are or where you go. They are always the other side of your desperation, anguish and despair. Because of this, it’s possible to outlive yourself.’

‘ Haircuts can ruin a soul.’

‘The egoist knows in her heart that the world won’t spin without her. It’s why they shun suicide as a desire to save everyone.’

‘Would an alphabet of a million letters be more expressive?’

‘There’s always a thought too many, and a half-thought that’s less than that, and an advantage of yours we seek to hide.’

‘ What happens if the really authentic me is you?’

‘To cultivate disagreement and alienation from others, to become an eternal other, that is a magnificent ambition. Like other ambitions, it caters to a masochism of shame.’

‘ Some mornings give the impression of an alternative.’

‘ How would I know if I forget right away?’

‘ The best days are when everything is falling apart and you’re still able to feel it.’

‘ When I can’t find you there’s too much of the world left.’

‘ Walking away is always cruel, especially when its done for good intentions.’

‘ Every promise is a gravestone for evasions.’

‘Experienced is what you call someone who looks in mirrors with the lights down.’

‘ Two kinds of philosopher: with drink and without.’

‘ I don’t know if I have self-respect until after the event.’

‘ I took grief in way before my time. I’m now taking it for a walk.’

‘ I party because I’m unhappy. I dance because it reminds me of a compulsion to stay still and let the grass grow. From where I come from, compulsions are just other ways of losing life as you know it.’

‘ God and history are hard, drugs and promiscuity easier, but of course if no one ever asked neither would be responses.’

‘Some congenialities are either older or better looking.’

‘ I’m my own mistaken identity.’

‘ In the end his sentences were saying the worst things with a kind of optimism.’

‘ Mad dogmas send Englishmen out in the midday sun.’

‘There are things I consent to and don’t even know if they exist.’

‘ I only envy worthless things. I think that is the essence of bitter tears.’

‘My trance-like sentimentality is heavy enough to throw you all to heaven.’

‘That horizon’s where my heart and soul are sat down. I'll never get there no matter how long I travel. That’s my truth, if I ever was to think it. I work hard not to.’

‘You find out how you lived in how you die.’

‘Sooner or later you find the law left and God took her.’

‘ Some folks try so hard to be safe they forget why.’

‘Move a little strange and you might dodge bad company. On the other hand, it might be construed as an invitation.’

‘ Chasing is just disguised running away.’

‘ Living for happiness kills your appetite for Bibles. The Bible taught me that.’

‘ The strangeness of life can’t be measured. Can’t be whistled neither.’

‘Last time I was in the house of God he’d gone for a smoke.’

‘ I was never chased by anyone good whilst awake.’

‘ Amnesia makes the world go round.’

‘ I like to overstate myself. In that way I convince myself things aren’t so life-sized.’

‘Anxiety is the purest melodrama, the truest and most sorrowful. It’s where our shame performs its little foolishness every day. And at night where it mutters to itself, like a mad cousin.’

‘Truth is just a melodramatic way of putting our exhaustion.’

‘The nuance of the body is just a way of forgetting the candour of the soul.’

‘A bad day is when I understand everything I say.’

‘Being two faced makes it difficult for anyone to stab you in the back.’

‘ I’m meant to be trouble not wallpaper.’

‘ Don’t learn from your mistakes. Plant them like a minefield.’

‘Everything is sex except sex, which knows there is no everything.’

‘Autobiography is a question of forgiveness. As are judges and criminals.’

‘ We killed the Neanderthals because they kept laughing.’

‘Moderation is the new extremism.’

‘ You either have to live your own life to the full, entirely and completely – or do the right thing.’

‘To be your last enemy is my ambition.’

‘ Idlers never admit that they have more than enough cash.’

‘The best secrets are those you mistook for German.’

‘ Life’s too short to end happily.’

‘ Sincerity is the intolerance of the unforgiving. I find it sincerely unforgivable.’

‘ Shallow friends are the most dangerous because they know everything that matters.’

‘ Without hope we’d all be glad to insist on getting our just deserts.’

‘ Being popular is obscure and misleading. Like being serious. Or wearing socks.’

‘ A good marriage forgets itself.’

‘ These days most lives are either anecdotes or prefaces. Mine's one of your short footnotes. ’

‘ An optimist is someone who sees a new recipe when they pull out her liver.’

‘Why be in charge of your emotions when you can marinate them for years?’

‘ The best conversations are the shallow ones. People tend to fall a long way in the deep ones. In shallow ones you just turn an ankle.’

‘ My tragedy is I never left my youth long enough to regret its passing. Because of that it’s not really tragic, more a mild annoyance.’

‘ The mediocrity of the popular man is his revenge.’

‘ It’s always good to be less than an individual.’

‘ What do you know about life? Only those who wish to die know its beauties, its tragedies and ignore the trivialities of its hundred faiths.’

‘I never believed anything was waiting for me. I just lived like it was.’

He always watched the films alone of course. 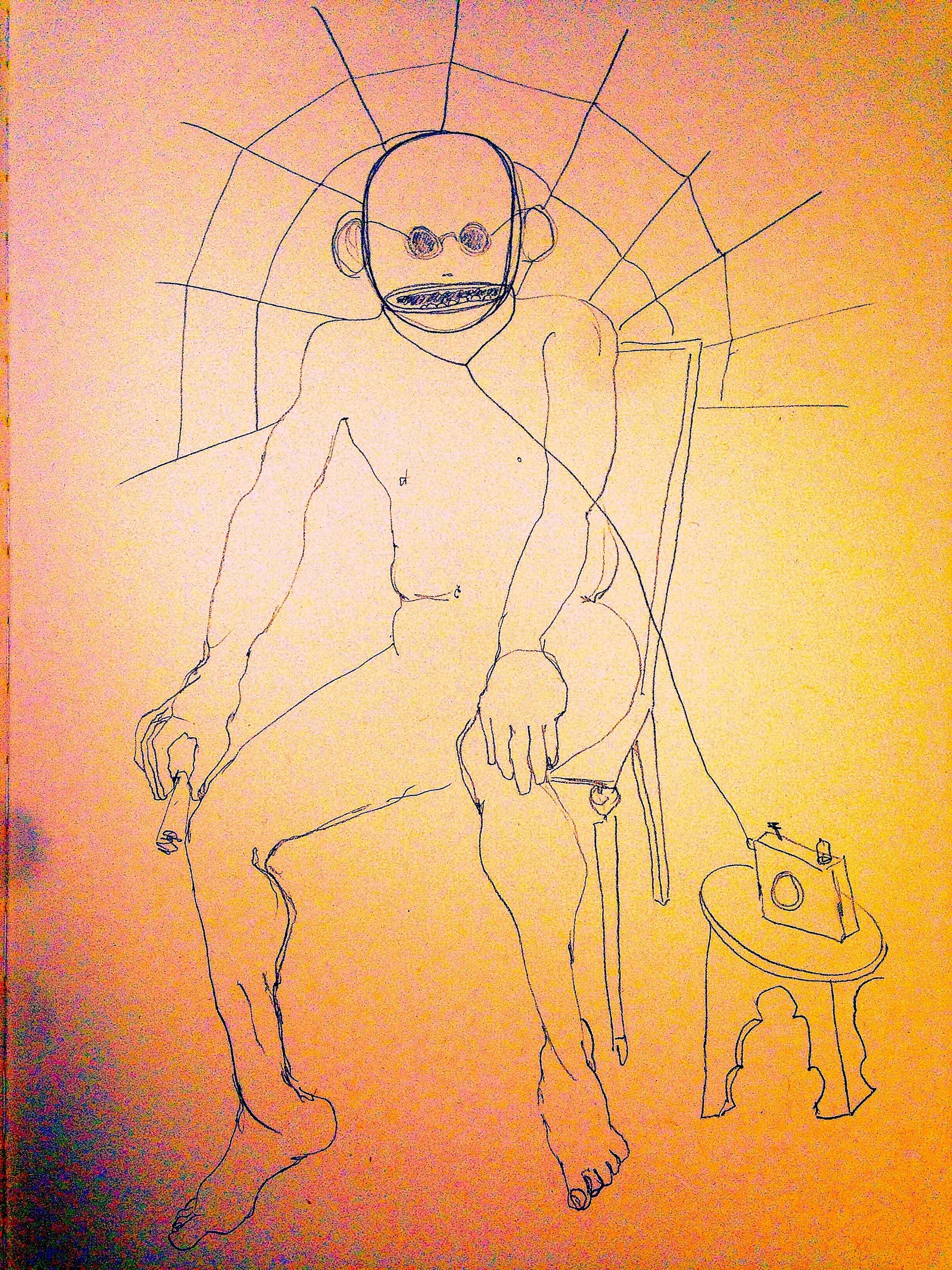