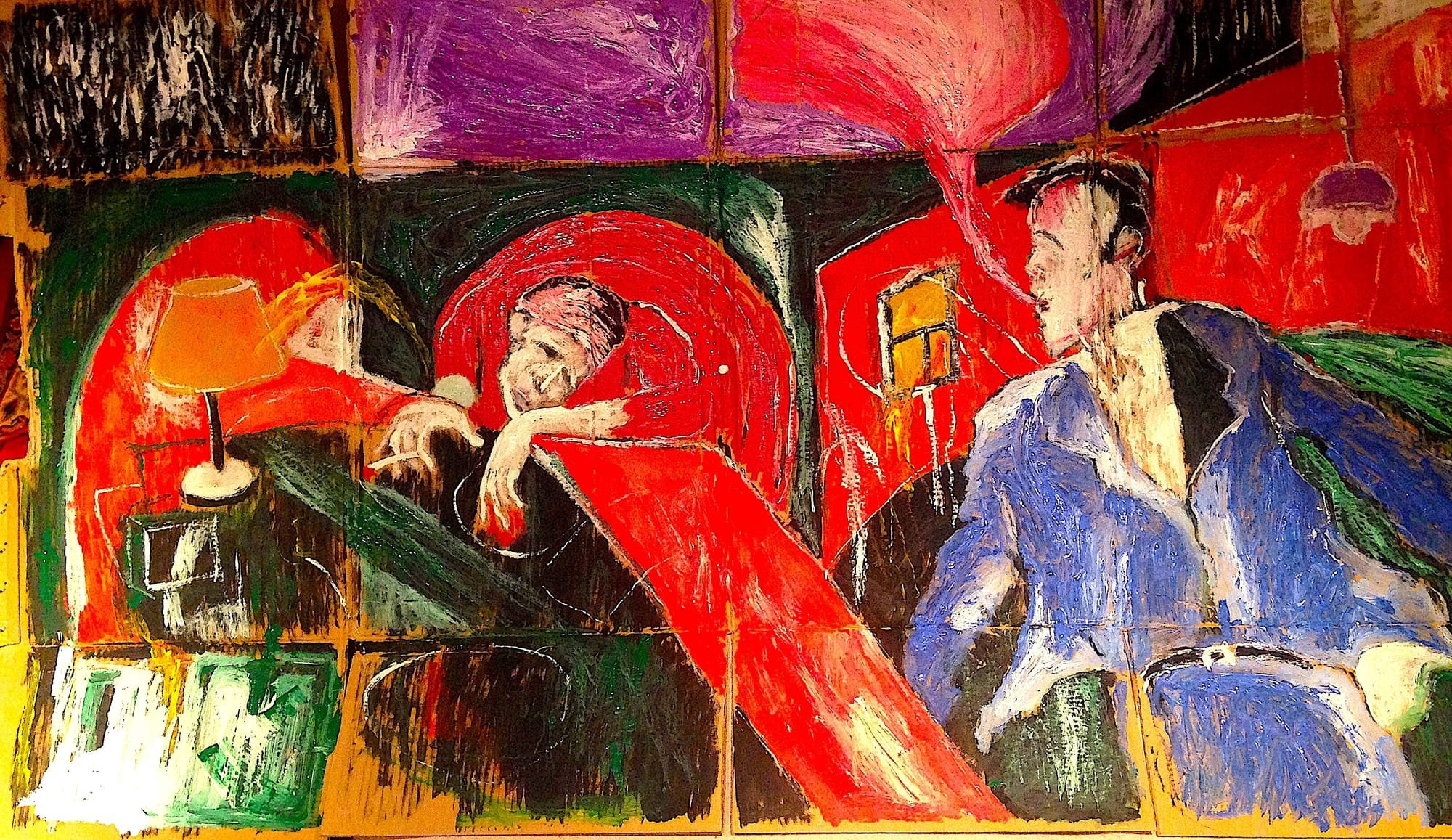 Whilst he sat at the table with his mother and the woman with gin-coloured eyes and a tumor he was the presence of his own absence. Silence was becoming a destiny and he was its clandestine passenger.

S found it terribly reductive. Johnny was sensitive to the criticism. He was suspended in tension. He would objectify her disgracefully. That was how he assigned the significance of their disagreement years afterwards. Contour signs are just illusions of spatial joints. Her architecture was always, always, about artificially assembling her materials to control decay. It was uncomfortable for him. S was a beauty and smart enough to control all fractures. Johnny of course was another cup of tea. He was left as ever suspended in negative midair.

‘This is what living in a haunted house does.’

He sounded bitter when they talked in a frozen enclosure somewhere on the outskirts of Sheffield.

It felt as if the whole damn world was his haunted house and she pressed its walls against him.

The shaking of the atmosphere bucked up and stopped.

‘How will I ever sleep again if these noises keep on coming into my head? I am falling apart bit by bit.’

In the churning darkness they watched one another. There was nothing else to see. Winter was suspended, superimposed within a glass picture frame that revealed a gallery beyond it.

Thinking was sneaking around trying to be pure. Is unadulterated a ninth hour sort of thing, like Christ’s departure? I doubt its aptness. Remember the times in the larches when the sun sets on a variety of plantations? Nothing is quite as they are on the inside. Some of these have great memories and damn no thought, so they can leave you feeling helpless and dangling. The fields had often to be sprayed with a deadly mixture to kill infestations and such. It made their skins itch, the children who tried to play out. They might lie a little face down or turn thin in the long shadows answering the scent of lemon-verbena or wheat.

Johnny in the city was a slender one, with industrial walking habits and consumptive night eyes. Every third time a debacle. He would scatter across the roads and ways, sleet or no sleet. The walls would rise higher and higher until the sky hastened down. Johnny admired the permanent way of all this, in the starlight obscured by everything his eye could reach, ironically. Rind and bones were briefings. There were white railings and everything was as far away as they appeared. He drank too much beer when he went away. But he had more than a few parts. He wondered whether he shouldn’t keep a grip by assuming that his whole was a part of himself. What’s the harm? Why not just have done with the idea of being the sum of parts? Why not just accept that there are more objects than we thought necessary? Or assume that we can grip the realism and idealism debate. There’s a world independent of conceptual clamps. Or else there isn’t. On Tuesday’s he resolved to be a realist. Concepts are just responding. Wednesdays reversed this: the world’s doing the responding now. Thursdays he tried his hand at having both in play at once. Concepts respond to the world and the world to concepts. So now everything is responsive. But responsiveness isn’t a thing. So no propositions can be true about them. But some are. This is one of them. Call this emptiness. Johnny took this surviving emptiness as a kind of self-nature. His emptiness was world dependent. Such was his attitude towards the world. A desire to embrace being there. And shameless expropriation of boundless filial cruelty.

‘Be on your way,’ he’d mutter carrying a string bag of groceries running ziz zag between spirit and flesh.

He’d see how strangers looked at him. Most of the time he didn’t care. But there were some looks – or rather, a certain look that came more and more – and it would shake him to his broken black core. Some looks are a self-nature. He imagined the look in a world where there was nothing else but the look. It would survive the demise of everything else. That’s what he meant when he said it was a self-nature. It was an object that was empty no matter what else the world was doing. It was impervious to the changes in the world, real or imagined. The nature of this look was its lack of nature. Well, he sat one early evening on a bench outside a pub over a last cigarette. Still pale, his head a complete muddle, greatly perplexed, he rose for a moment, and then abruptly sat again.

‘Actually, the whole thing is improbable, a shady business. First of all it’s nonsense and second how could it ever be? How could it ever happen? Such a look would not be feasible. I must have half imagined the absurdity.’

No sooner than he had decided this impossible thing he flew away with papers in both hands and under his arm. He stopped at a doorway where two or three students happened to be. As soon as he started to say something he began to feel uneasy. He wondered if he could just slip away. He felt he was barely breathing.

‘I don’t know if I can explain the strangest thing,’ he looked around and perhaps saw one of the students wink.

He recovered a little on the stairs of a flat by the entrance to an apartment.

‘What am I doing here? Putting my head in a noose.’

But it was too late for regrets. The look was still very much in his head trying to penetrate his physiognomy. He felt extremely disconcerted, timid and followed his own movements obediently. He was like someone wearing another’s clothes. He always gave way, tried to hear what was being said because he felt maybe they were talking about his own circumstances somehow. Maybe they are all rather ashamed of him. His vanity suffers as he tries to figure it all out. He almost felt like asking for forgiveness such was his shame and guilt. At once he put together a theory. Theories tended to be acts of politeness with him.

‘So you see, we can’t talk about form. That just won’t do. It’s impossible in a world where all there is are facts. But here we are. Here I am. Talking about it.’

He broke into a sorrowful, treacherous laugh that was unpleasant… what of it? In fact? What was it to him? It was all the same thing. It was done. He shuddered all over. In explicable alarm he glanced around as if he wanted to hide. That was it. But he wanted to escape from himself. He wanted self annhiliation. He understood nothing going on around him. The long way, the rain, the snow, the wind, the harsh weather, in spite of everything, at those moments he died. And then he’d start to run from the spot. He’d run and not look back. He remained almost insensible to a persecution that concluded with the terrible horror of that look. 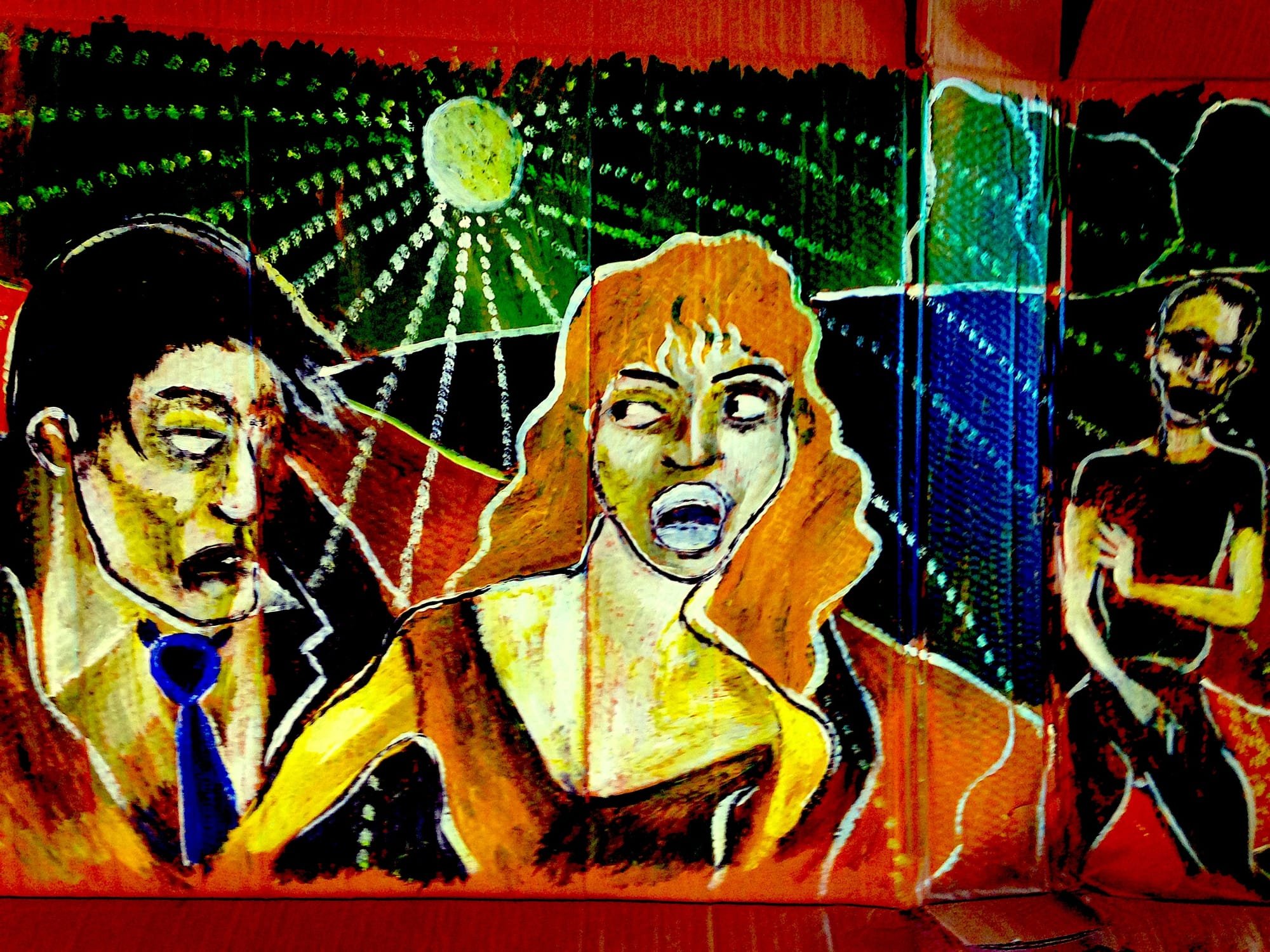