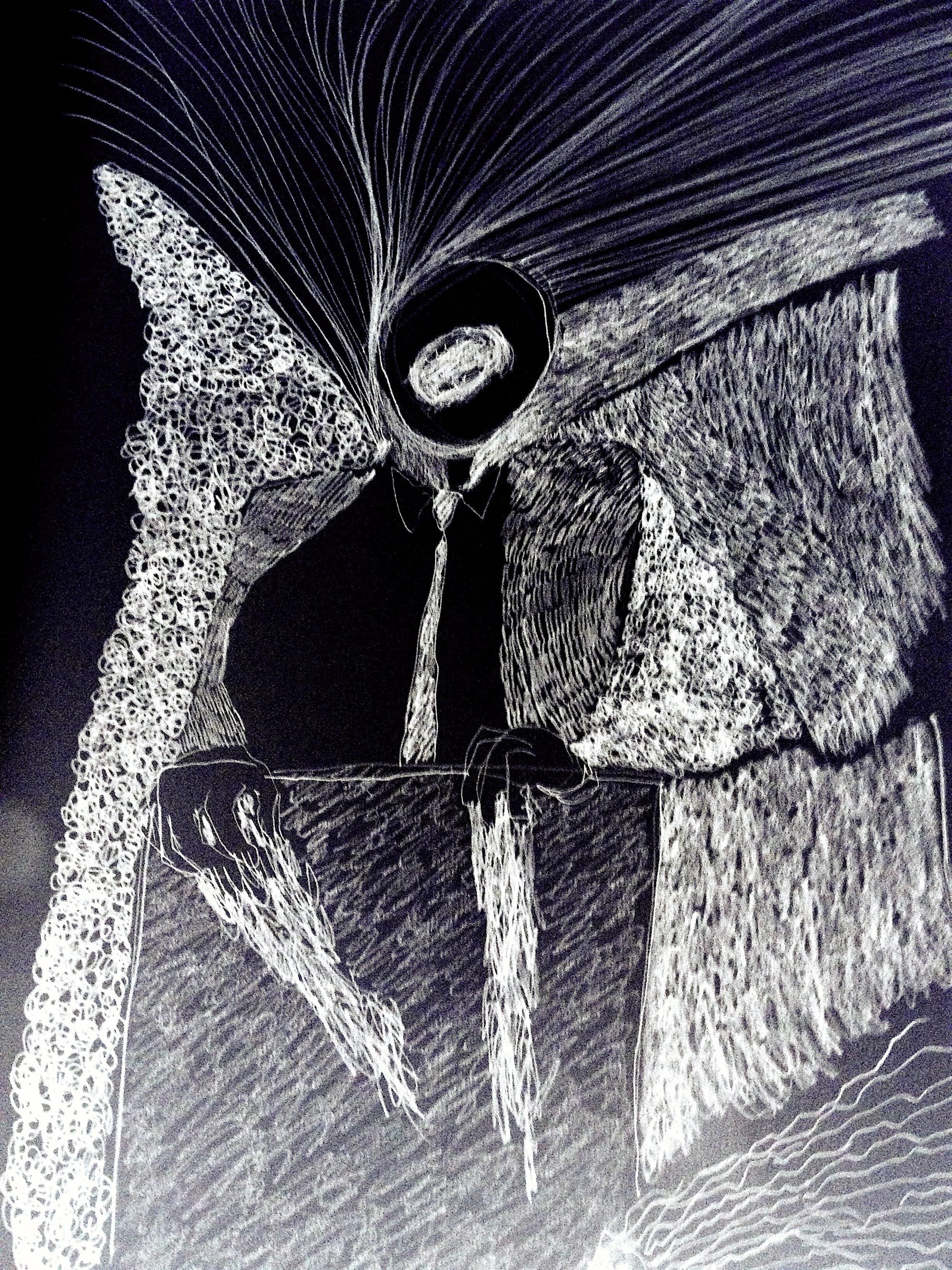 The fanatical eyes of the blind struck Johnny as exalted bee swarms. The compactness of his isolation released a kind of uncoordinated deviation. Some nights he drew his breath and felt more stigmatized than clear. His thoughts wandered as if the unreality of death was more than a gossip of spirits, angels and Leibniz. Hallucinations came like prophets. Something was being held open. The blinded woman with gin-coloured eyes seemed an oracle of sorts. Swedenborg was something to do with mining, he recalled with extravagant elaboration.

This day, watching the woman with the brain tumor leaning forward like a fantasmagoric ghost in another head, across the shadows of her own body, the tablecloth, the cups and saucers, the knives and forks, the plates and bowls, the children’s songs in the cooling heat outdoors, the slow bird song, the dust floats, the small paperbacks, the wooden spoon, the simple embroidered tea cloths, the chairs, thin carpet, rolls and eggs, lettuce and tomatoes, fireplace, lawn, pond, miners underground, hedges that darkened with a kind of urgency no one could have guessed, little eddies of wind in swollen sunlight, and a spread of silence that walked alone, Johnny felt the disorderly hallucinatory closeness of his childhood now unbearably, tightly, all-pervasively clutching his throat, pressing him down so his arms couldn’t move, so his lungs might burst, so his eyes inverted themselves, caught the ecstatic delirium of uncoordinated movements, the imprints of closeness, the wild construction of himself, the sudden appearance of spirit communication and death from beyond, the fanatically extravagantly dogmatically physical that was both determined in content and absolute in desire, oh how he felt the harsh impossibility of his will under the pressure of another’s.

He threw his head back. His eyes are wide and a ruse. Some days he looks sly, other times his look is a way of speaking in tongues. The insane illusion of pure determination was just a whim of his. The empty eyes of a blind woman harrowed his dreams, his days and nights, his long wanderings criss-crossing the rivers and canals by the house. He moved like a ship of fools. As if bewitched by an episode that went too far. As if cut in two. As if left for dead. etc etc. He preserved some truth through the lies of fiction. He was a discarded creature perpetually in disagreement with himself, and thoroughly interrogative, calling his own possibility into question by belonging to a world that had already gone mad.

The woman with a brain tumor slowly dying in front of him made everything like someone saying ‘It’s Friday but I don’t believe it.’

Whatever she was thinking it wasn’t based on watching herself. Life is just a way of accepting many things. Something animal was satisfying her. Johnny was staring at the hinges on which his whole world turned. He watched and was bound to her like they were two halves of a beast calling down on themselves the same fate in the event of future treachery. Throughout there was a silent recognition of other Gods. There was internal gushing forth and boiling. It never stops because it was life. There was always this prodigious enrichment, and the profusion was a vast circle of everything that it elicited. Only the imagination could form a picture of this manifold beyond just a jumble. The very beautiful reproductive images are more than bold schamatism. He wanted what she had: some ego-free activity formed on the basis of forming. He spent more than a few weeks trapsing the mystic Rhineland for less feigned esoterica. His poetry at this time approached mumbles that were mythologies not quite yet revelations. In this darkening light he was best understood as receptive rather than passive. 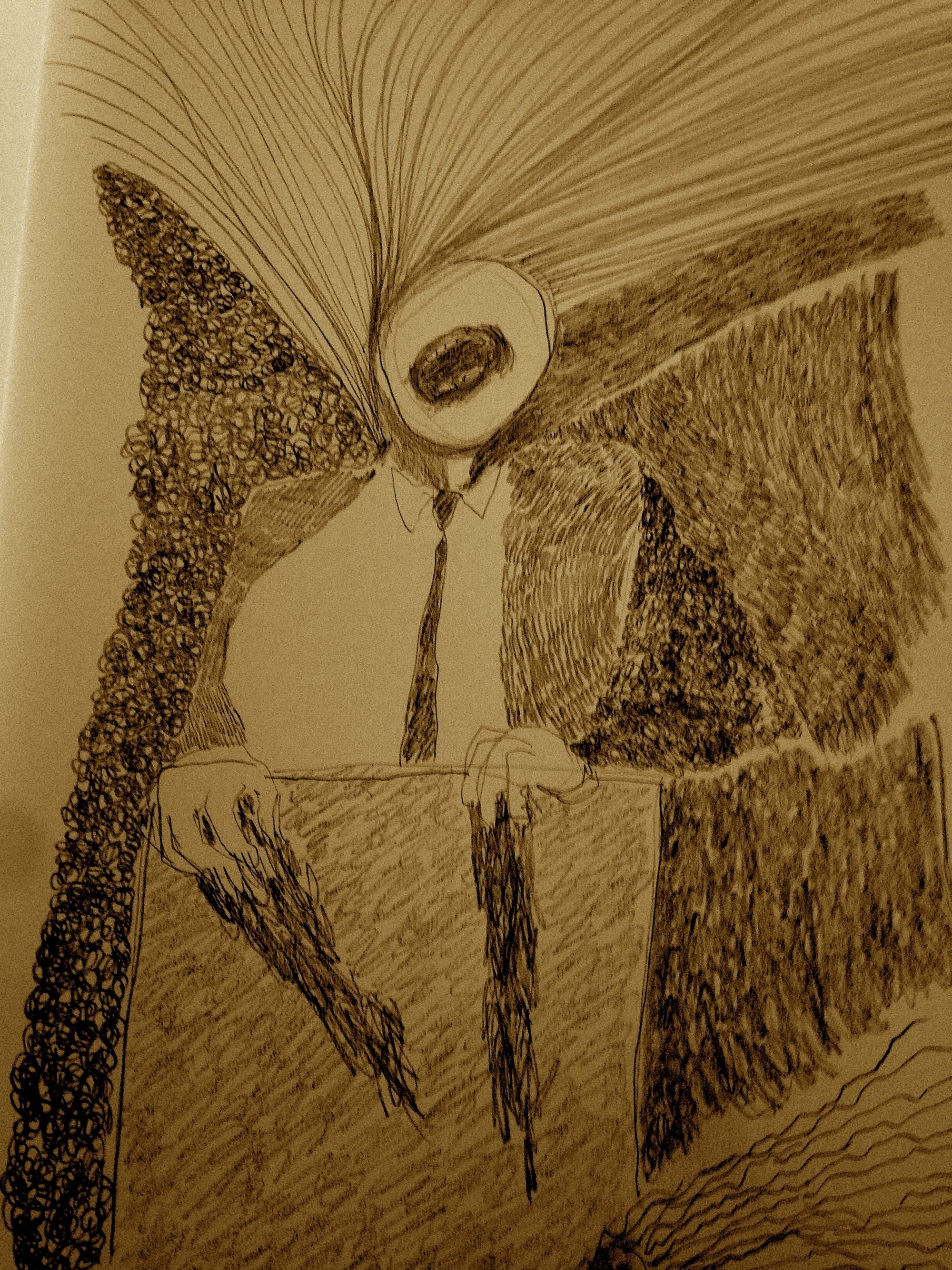