Before the strike the mine was the world. After, the world fell apart. Money began to exist differently. It became a nihilating fact, as every recovery of self by self is. If money is a decompression then everything took on a self-defeated air. Hope characterised itself in terms of a lunatic exile. Restlessness of heart longed for a reuinion with a strange lost plenitude. Faces became smaller. Roads were cul-de-sacs marking decomposition and vouchers. The lifeless industrial scenes were like physical collective memories. New kinds of money men appeared and disappeared. Promises were enclosed in deals that might as well have been written as opposites. Souls were  desolate and unbelieving, slow as honey, saying things over and over. Life was an ugly chalet where everyone had their heads tilted back.

A few managed to find larger rooms but most dried up and shrunk. Who would have thought the line between 65 and 24 would have been recalculated so mercilessly. Then followed wars. Europe half closed its eyes. Bargains with the devil were too frequent, and hummed further bad truths. The police were in the rackets filthier than ever. No one pressed their shirts enough. The jokes were always bought. The act of seeing with one’s own eyes became confused with straplines. Money kept everyone silhouetted. Attention was just the fiendish slow dark of momentary hopefulness. You see just varnish where there used to be places. Bad coffee wipes away things. Body bags with live souls get loaded up into landfills. Every Faustian pact has a fall guy thinking beauty’s being betrayed only to be saved. And that turns out bad every time. Beauty, love, hope, kindness are only real when the check clears. Innocence lacked depth and money, lacked indecency. Politics evaded everything but money. And the world made the money go round. Dance routines and exploitation marked territories you'd be ashamed to talk to your mother about. Shame felt wordy and overwritten. Everyone behaved like  actors with too many lines they didn’t understand. Every disguise became literal. A cast can’t be thinking too much in this context. And typecast is nothing but context. Cash settlements were ways of smoothing over. Brutalities were just people following trains of thought. Societies got to eat themselves. Their happy murderous pilgrims stayed in charge. Glamour was content diminished to make believe. People stopped listening and just covered up. Moral rectitude was both wearisome and weaponised.

Singers found phonetic depths of gleeful incoherent rage. Pouting became another way of killing before it turned suicidal. Teenage beat combos incited bottle throwing and stealing from widows and their mites. America found their scientific reasons for explaining poverty in Marx whilst fighting communists. So much for thinking in a different dialect. Everyone tried to talk themselves out of common sense, as if they might start to fly or breathe underwater. Dyed hair and painted faces have suspicious charm. Defilements are located outside of written and spoken resistance. Tension kept everyone alive but only as frenzy, hopelessness and knockabout. England’s north became a parody of disappearance. It stalked itself in a weird condition outside of time. Prurience was waiting for anyone to talk before jumping. Throats were more two way than usual. Any attempt at representation constituted the worst kind , like romanticized atrocity done in Eurasian monochrome. There are awkward implications of awareness. There are creative types who find spontaneity in true desperation. But most just find more desperation. To make yourself disappear is about not looking at the background. There’s a sensation let loose when attached to a false awareness of destiny. Constant rechanneling runs backwards. Living in the past is just a sensation of evading other people’s gaze. What happens is a kind of reassembling of body parts. There’s a desperate attempt to retain coherence. It’s a shared nostalgia with what has suddenly become forbidden. The best is just an approximation of experiences. Pop tunes hide identities and create shared nostalgia for cartoon tricks. They immediately fall to pieces or rather become transparent as if penetrated and without veils. Inevitably there’s vanity involved. Nothing is on anyone’s mind except how to evade disappointment. Silences enchant an endless parade of banal fraud. Everyone has the sense that they’re confronting themselves too close to the end. There’s nothing but a carnival of misery exploited as dance moves and show biz. It's the time for the question: Does the misery of the homeless occlude any knowledge of how to speak when we're all in a war of all against all?

Lives are suspended by invisible wires and monsters lean through tv studios terrorising their potential exits. Instead of coal dust there’s now an uneasy electrical dust vibrating a reflective flare of pure surface . These forces can’t be contained by depiction. Unseen people sit in disintegrated clouds of their lost visions. Culture becomes crowd control. Lives are misjudged performances, caustic fantasies, bad consequences, undressings beyond venetian blinds. It’s a kind of early terraforming. The mother knew already that her life was less than an aside. Endless existential striptease routines loop in a sad succession of fatalities. Men and woman wreathed in tobacco smoke and alcoholic masculinity lived slowly in a strangeness that is part autopsy and part confession. The crimes continuing in them are there until they die or get rich. Johnny looked out to the field that now had a horizon absent of the pit heads. It was a landscape peeled away to reveal something coming apart whilst simultaneously remaining intact as something else. Curdled images of green pastoral repressed energies of nervy boredom, poverty and exploitation. They force him to consider that it sometimes made sense to stay this side of the entrance hall. He found himself a starkly isolated dreamer in a nude landscape, a spiral of cheap, effective disorientation. It was as if Vienna was now  South Yorkshire. A complexity added a dazzle to the bus station, Coop, WH Smith and various charity shops. It all felt as if he could still be a long way from home. Johnny found himself in a state of pineal erection. He watched Bergman films for the same reason as everyone else did. Same with Ziggy Bowie, then the Pistols and all that entire moody galaxy. His world foundered between what was and what was being referenced. Sadistic energies were everywhere – fascism, militarism, violence, stupidity – and prohibition a way of cataloguing awful things. Johhny saw writing as a way of sewing the bodies back together again. They were this war's ephemeral precision. The soundless collective hallucinations continued as if marks of a fatal concussion. The results came in. What piles up is terrible. Horror spreads across  bodies and pleasures. Neither advanced electronics nor new economics can fathom what was being regretted. Zombie movies are about poor people used for turkey shoots. George Romano made Night of the Living Dead using Bosco’s Chocolate Syrup for blood and cooked ham for flesh.

‘Who was really coming to get us?’ wondered Johnny. Some people find it useful to draw a distinction between ‘sickening’ and ‘boringly sickening.’ He was beginning to understand how hard it was to betray and expose everything. His hands were trembling. He didn't have voice enough. He tried twice to begin but failed each time to get past the first syllable.

Johnny had a sense of everything becoming literal. Action became vacant. Who was he supposed to sit and reason with? Satire was too close to complicity. Tears a fifth baptism. 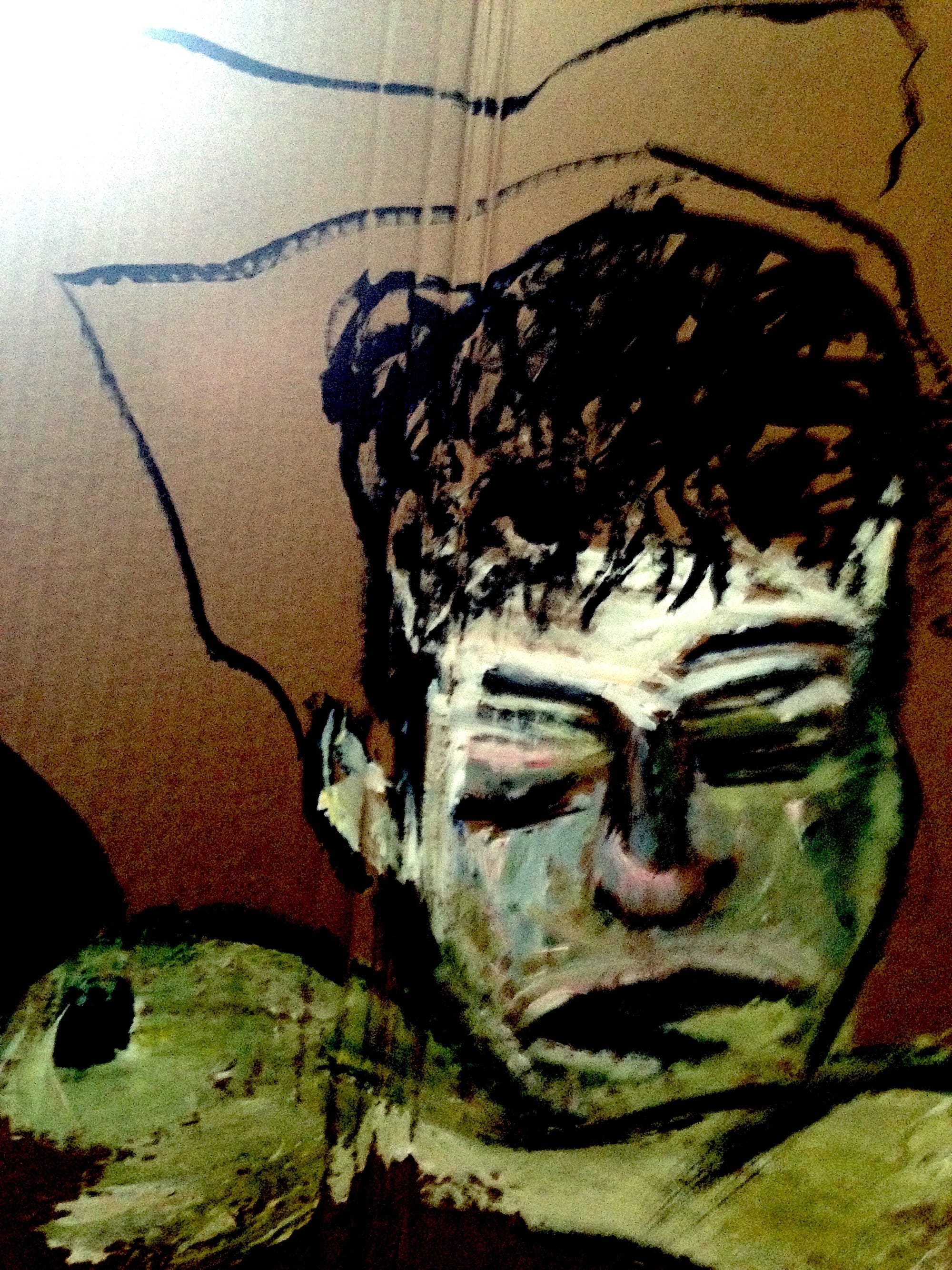