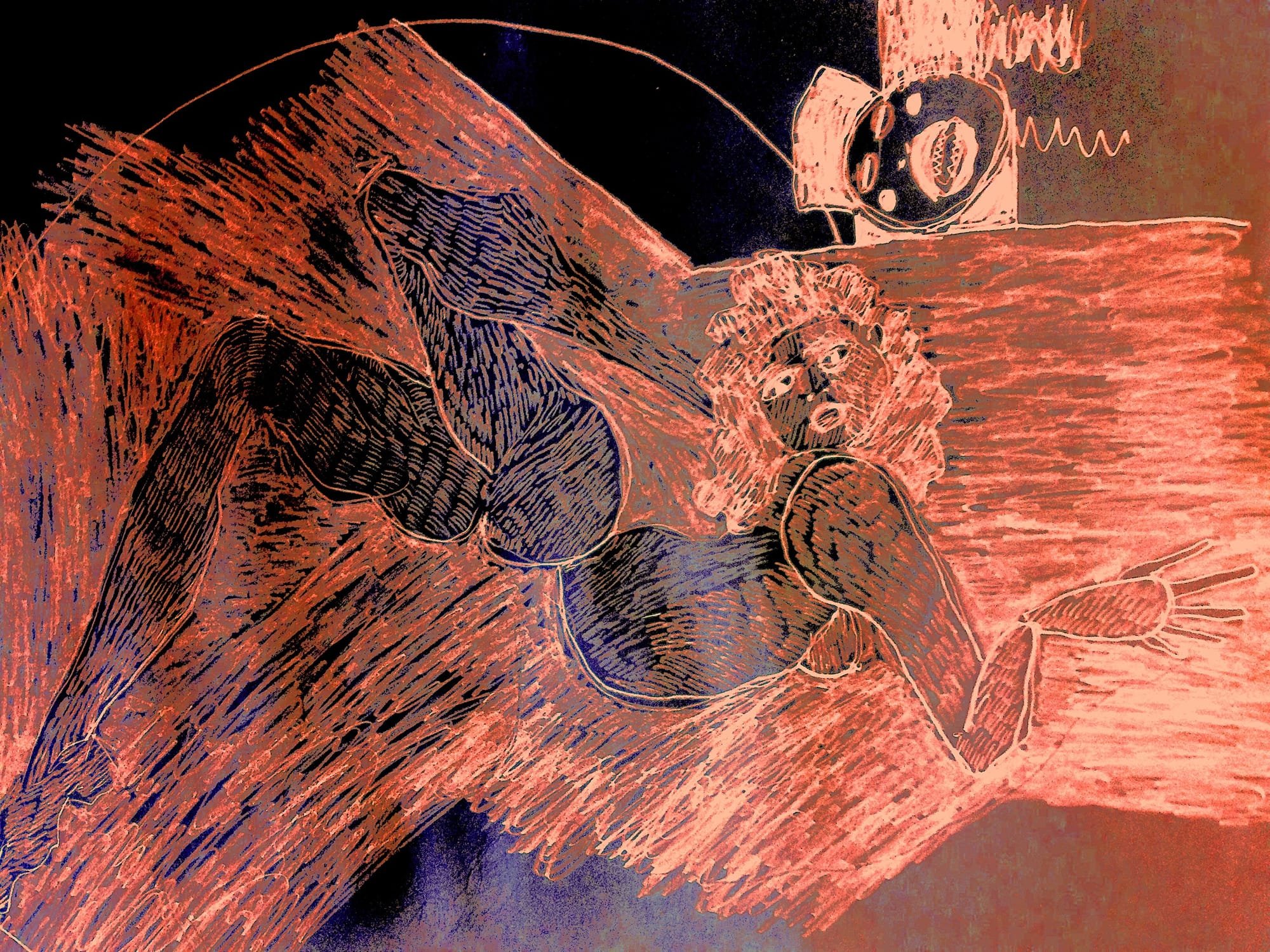 It happened more than once. His acquaintance plagiarized whole passages from an anthropological classic – possibly Evans-Pritchard – and was seething when given a zero mark by the professor in charge. A look of hurt puzzlement on the verge of abrupt verbal violence made Johnny whisper tragically through tears of laughter; ‘What did you expect?’

But secretly he was impressed and completely lost interest in originality. He spent the rest of his time experimenting with joyous duplication. He found that it helped him teem. The impersonality was a kind of exceptional penalty to pay for this, but nevertheless he paid it for a while. Within a month his ardour cooled. He had lost contact and didn’t understand where any of them lay anymore.

She was sitting by a window without regard to the condition of his materials. She didn’t seem to notice anyything about him when she spoke. And her voice was the kind you wondered if she used it as a place to keep the past.

Her face was nothing beyond receding delicacy, as if time and life went deep and unfaded. It was like she had her own suicide to deal with, and she was looking for a kind of official report to omit its fact from public ones. Future proofing can make everyone mortally afraid. There is always a quarter of a mile down the slope you can overlook. And offshore fog.

She lived like a wild pigeon with an iridescent neck and campus energy. Her cool sexuality was a common grapevine. Her body joined all the invitations. Sunlight caught her hair and polished legs where shadows spreadeagled beneath her like tragic metal engravings.

‘Call me anything, I don’t mind. You might as well call me S,’ and sipped her drink and dodged any complement Johnny might have traded with conflicting mockery.

‘You lured me with your magic words,’ Johnny said.

‘And that’s what you’re interested in?’ And she let him look down her dress.

‘You’re a romantic all right – one of those romantic idealists who are always a jump or two behind the unconscious mind.’

‘It’s the lousy truth,’ he laughed and it was a sidewise, third party sound, one that never met anyone in the eyes.

But her description seemed false too. She seemed like someone where everything important was already over and she either didn’t know or didn’t want to go into the subject. The dark nocturnal blue of her clefts and groin deliberately worked for disguised emotions that were just empty and utterly, thrillingly dark. The only real feelings were those that were good for using her up, and using herself up in order to use Jonny up too. She was like some bird against glass, bemused and yet violently hanging on to its despair as if a last gasp.

There was no right thing to do, just a few things to omit. Her eyes were hostile and like they were covered in seaweed. They had no dry line.

‘I think,’ he spoke slowly, his eyes nearly closed, his nakedness a character trait, ‘I think it won’t do any good.’

Did she ever get used to his regrets and relief? Hardly. He liked her inhuman cries. The compulsive rhythms rose and fell like in a closed ward, where the nurses hold the patients down in canvas jackets. Everything twists towards chaotic pressures. She was always playing a little game, both with Johnny and her own mind too. The best happened physically. The big white house was quiet but there was a gleam behind some of its windows. In the crude light she was large and handsome as if the excitement was a strain on her heart. There were pullings and haulings and cajolings and a final embrace before Johnny averted his eyes and left. He peered into depths he hadn’t begun to imagine. She was a blur of his excitement like an afterimage. If anything there had sprawled out a blessed co-reality, one of fact and vision in suspenders. The objective bodily sensations were stimulants of pictorial images. Sex fluctuated between successive ones unfolding through time, creating a sense of an elastic spatial continuum between each occasion.

Sometimes early, others not so, he was an old-fashioned monolith of parched high-wire trouble.

She adored him for the season then left for a wide valley full of light and scenes where nothing much had changed for a hundred years. 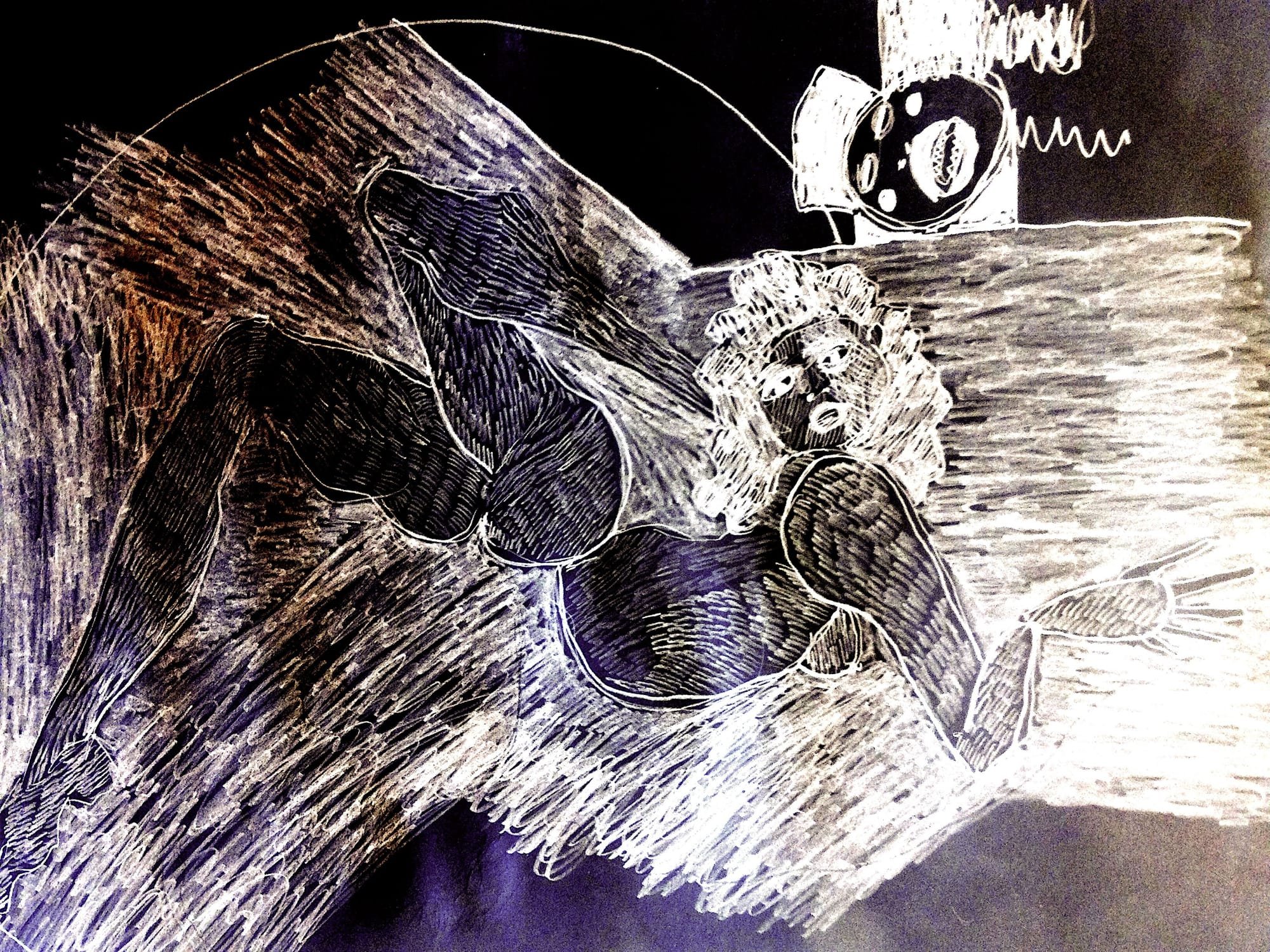