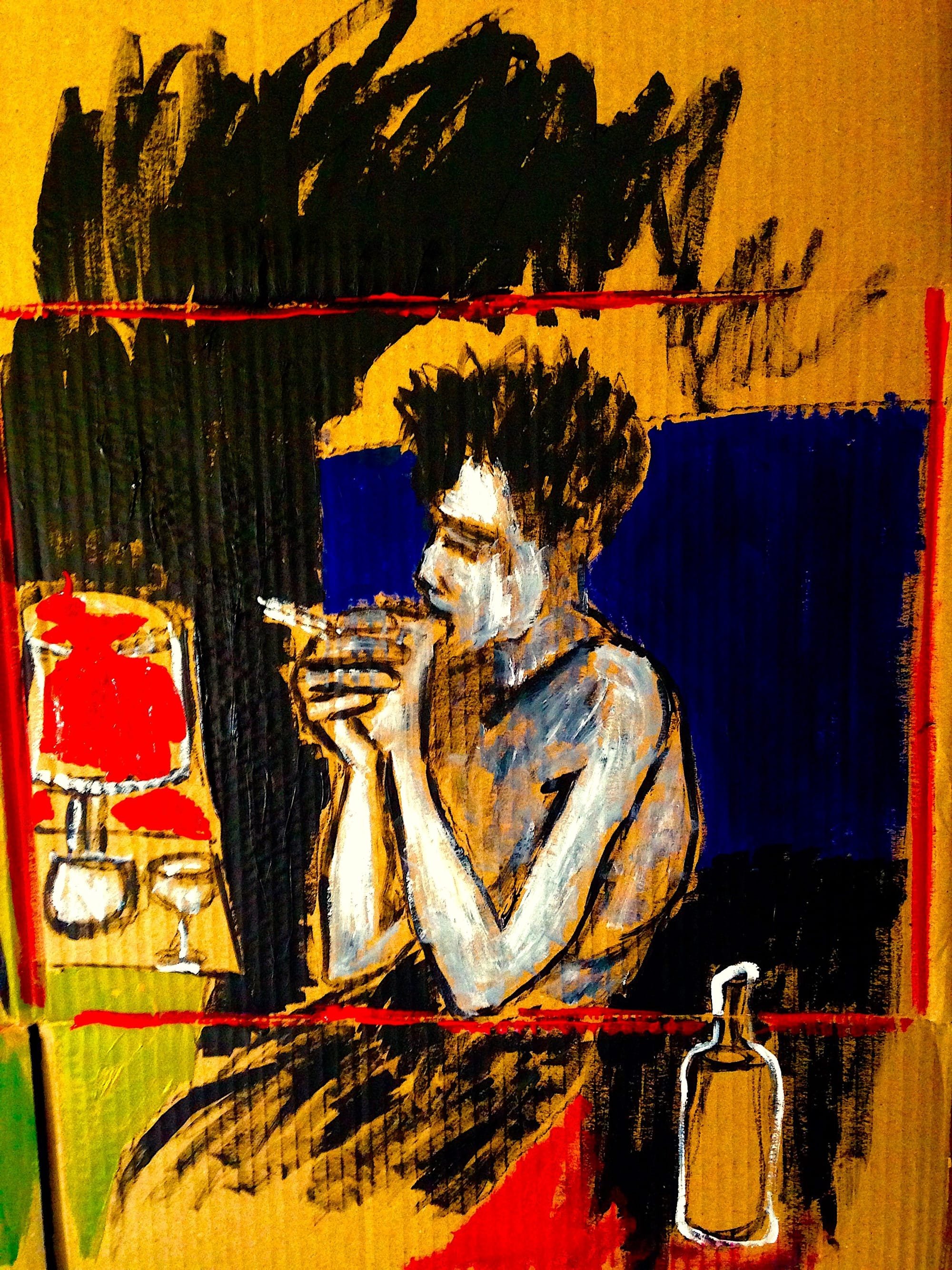 Johnny had in mind entire moments free of material error. Largesse would be replaced by exactitude and numbers. In attacking the vortex he wanted a void, integers thickly coated with a layer or two. He was trying for a weightlessness executed on a single hinge. His bedroom within the house was to be semi-public with a bed in a partition.

'I will be a foreshortened passageway,' he thought to himself excitedly, hopping from foot to foot. He was at a threshold making him more similar. He was high but only at eye level. He was cautiously confident that there was a double involved. Deep in the profuse space something heart shaped or triangular was camouflaged. Two doors were illusory. Blind eyes lead nowhere. No photograph exists in any of the mirrors. Only a handle floats in an opening, doubled by its own reflection. Doors can’t be just about profuse movement can they?

There is something held back by their blankness and extreme verticals. They float up from the basement. They glide down like guillotines. Recessed cornices are counterweights. How do our interiors and externals meet in space? There’s a faint inner opposition to the doors. If there were dental records these would be them, he broods. There is little point in focus and dissipation. Every part strikes home. If there are existential relations it’s about closing gaps.

' If there’s a trace for each integer I’d be happier,' reflected Johnny. The house is a thinking machine. The vortex is a crust of precision. If we could just insert existence somewhere in the drawings he thought he might find its weightless presence . All this is perfectly useless concentration. It will forget itself. How do computers draw? How do digital cameras see? Every part is equivalent in stress to every other part.

'If I could fix my memories then the double could be fixed.' What did Johnny see the double as? Ornamentation.

'I am becoming a heightened specific. I count myself.' The idea of surplus fetishised was a way of making ornament dematerialize. Millimeter by millemeter, photon by photon, cog by cog, signal by signal, Johnny is counting.

But what if measurement locates the error? It’s in the instruments, the descriptions, the counting machine. It stares out with a laughing unintelligible face. Something has happened, like a mistake where pieces just disappear or get added without anyone noticing.

What if intention begins before awareness? ‘I never whistled in thought ‘, shrugged Johnny. ‘I was just saying,’ meaning nothing.

Johnny felt his joints were in splinters. Every movement was an unfamiliar antecedent. What would an illusion look like? Should he carry a camera? He was rummaging through his best poses. He was wanting to aim at one of them. Sometimes what he thought wasn’t suitable. There’s a different kind of fluency in spiritualist procedures. It’s where thoughts keep swerving. Maybe he would just summons himself. Would that be a huge mental interference? Or just allusion running backwards? What justifies the blind man saying he can’t see? Johnny wondered if only he could imagine what it was to be himself. Would that preclude the possibility of the double? But if you are it then how to imagine it?

' I can’t search for it if it isn’t lost,' he supposed. If the finite can’t understand the infinite are we doing theology? But yet it makes sense to speak about an endless row of trees. He was looking round about. My mind can fly as well as walk. Sometimes I’m left stranded in the air. If you have a signpost, well now, what is best is just to walk. 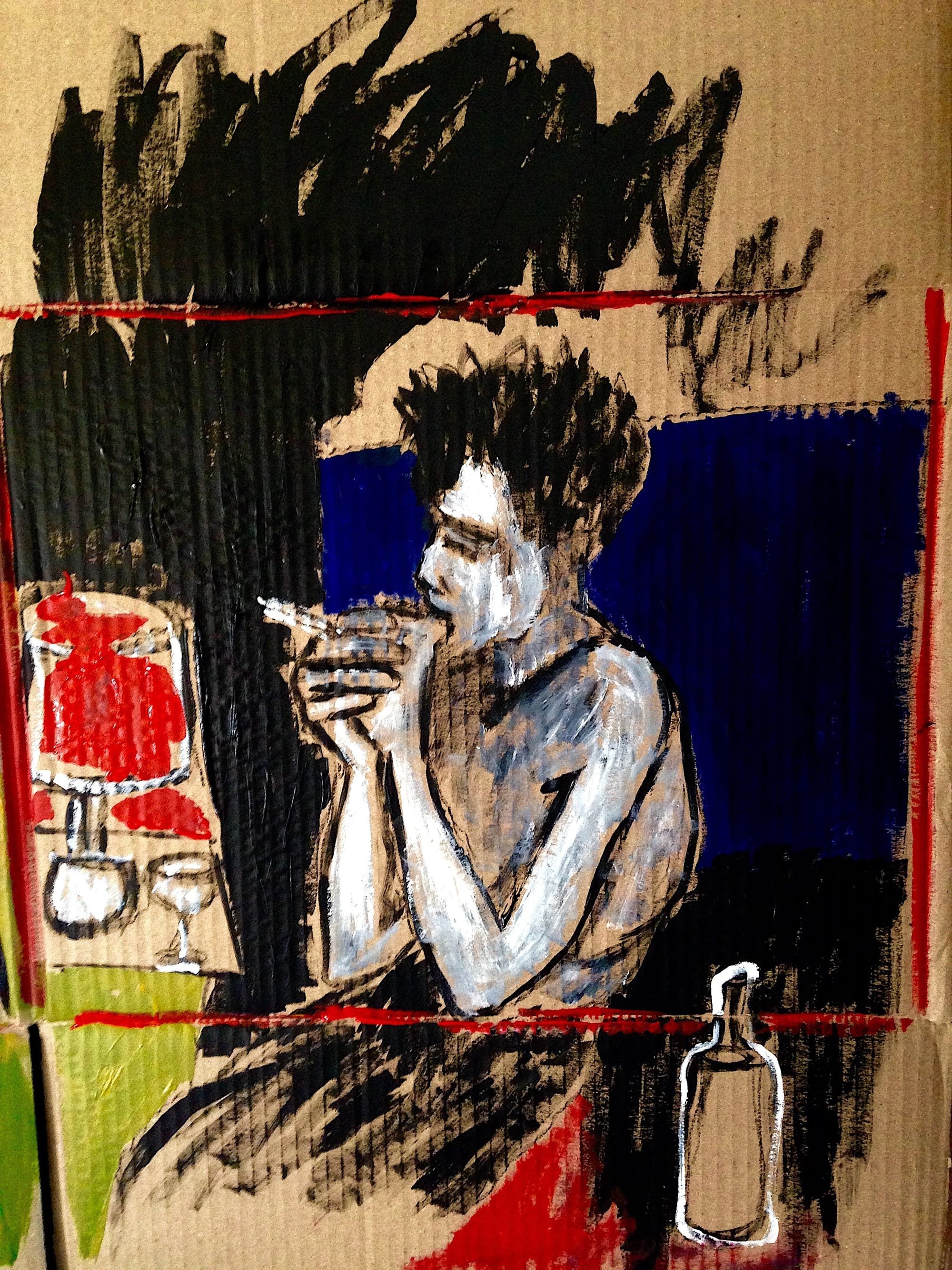