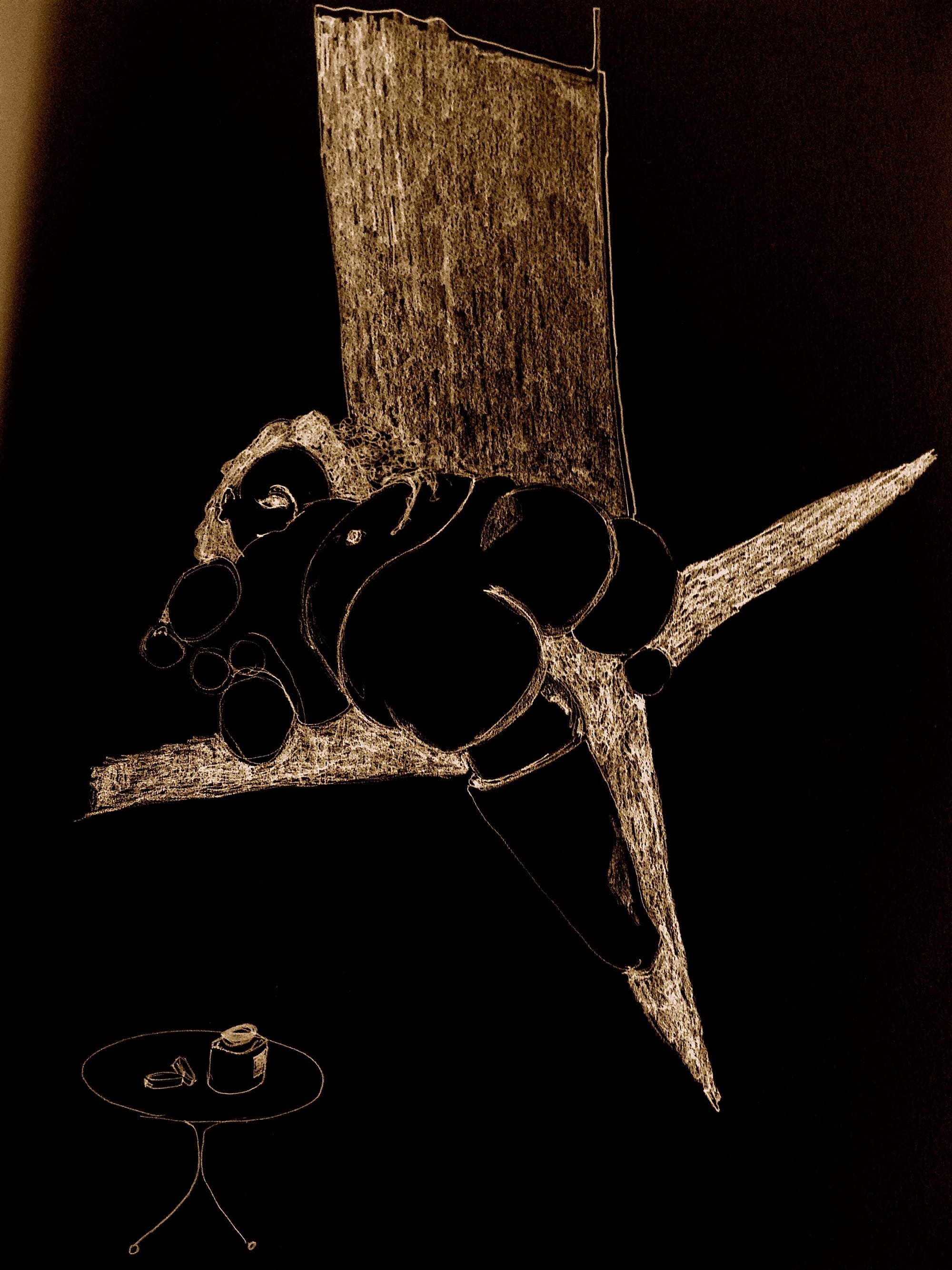 There’s another point of view. Objectivity here is more a matter of self-sufficiency. It seems to circle in a recursive movement spinning outwards to the centre. Often, when the narration gets desperate for news, it’ll suspend consequences by setting itself up all over again in a different perspective. The conflict in self delusions can’t be forgotten. It can send you mad if you’re not careful. But romance and irony are consolations undermining the self-delusions at another depth. His poems were Petrarchan at this stage. He wallowed in loss, fragmentation and looking the wrong way, and then pivoted on his back heels to say it again but at a slant. ‘I shiver in midsummer, burn in winter’ Johnny’d recite from his Canzoniere, pleading for an approximate mercy. What’s that about? Same experience, different looking. An icy storm blew that wintertime.

His disjointedness broke down any semblance of visions. Visions, let’s be clear, were just scattered away by the harsh new winds hollering. Rimbaud and Dante were at the four wind crossroads, then way away, in outerspace and gone. There was never going to be a generational thing here. He wasn’t talking to any group at all now. You want to save someone? History’ll make you a dupe. All the gifts he received from Raisa were returned by him, just as in the old Italian times Petrarch received his bunch of poems from his lover so that he could become a Petrarchan poet. If you want to seize this time I guess that’s where the story begins and ends, not in a fading revolution but in an emphatic performance. There was a swagger in both their serenades that astonished and tangled up. If these were clichés then they were those of personal drama and collective history. 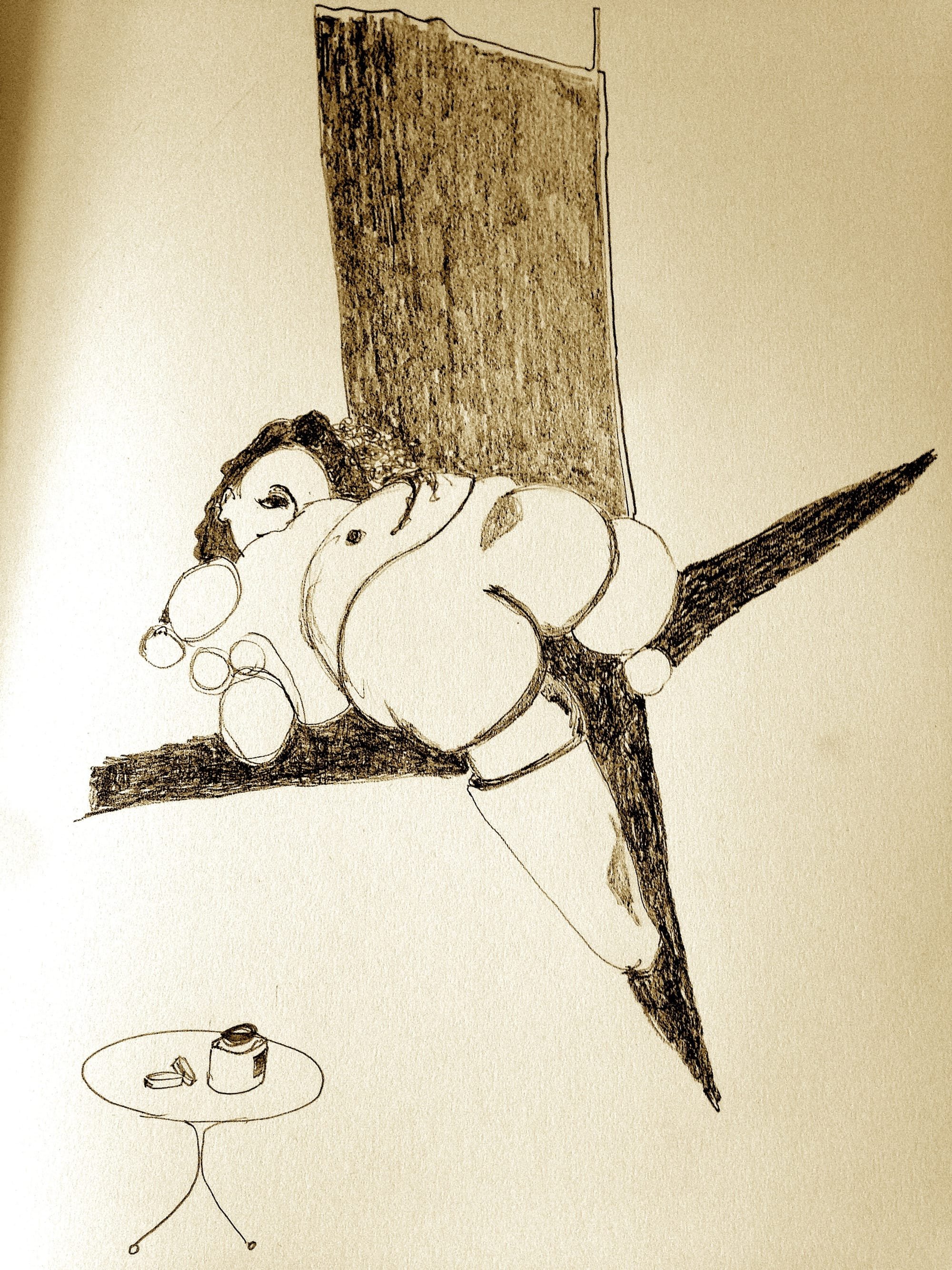 ‘Why would anyone come through here?’ Raisa had asked.

‘The trees are so pretty. Mostly, with small out-of-the-way towns like this one, you’ll find city people who have come and built themselves homes up in the hills. For privacy.’

‘It just seems surprising,’ Johnny said, feeling someone else looking at him.

’Yea, if they put in a movie place, even. Then maybe.’

‘I thought , ‘ Johnny said carefully, ‘ that I might even look around. Old houses are usually cheap, you know, and it’s fun to make them over.’

‘Not around here,’ Raisa said.

‘Then,’ Johhny said, ‘ there are no old houses around here? Back in the woods?’

‘Would I be any better off?’ Raisa asked. She took Johny’s money without interest.

It was the usual sidewise walk. ‘In delay there lies no plenty; … present mirth hath present laughter,’ was what he distinctly didn’t think. Everything grew ominous and darker. The atmosphere was a vasty mass like concrete withered by day and a dome by night. His life was half on and half off pavements. He ate at the same temperature as he slept. Dairy, pot scullery, kitchen coal, refridgerator plant, bakery wood, boiler, furniture godown, tiffin, pastry room, larder, kitchen, still room, cellars, workshop, stationers, camping equipment, china, were iterative and deeply comical. A life retold is not a model. Nor a diorama in miniature. Nor an ideal. Nor a distortion. It’s an interactive space rendered virtual by scale and being read. When closed it sleeps. It is a kind of entropic defiance. When you restart it its as you left it even though it lacks organic securities. Its interfaces are islands of its own algorithm. You have the brittle avatars to play with. Your gigantic eye, the readers eye, looms inside this space. But despite this, it is free of our own entropies. Anything domestic buys intimacies through an intruding gaze. Sometimes what seems a personal distress gets inflamed into a whole other world’s. Reading is how loops of personal and collective memory repeat and collide. Writing that isn’t read is denied this, or gets it only as potential. For Johnny so-called ‘high culture' was just exoticism. Magical tigers, flying carpets and saucers were the same as Dante and Hamlet. There was no sacred valley below, even though he’d go there and find treasures. But exoticism can be piped music.

Any kind of rhetorical excess can kill a mood, or at least flatten credit. What’s left is intensity trumping logic, and suspicious closures. There are limits to evasion. He read comics and Conrad. ‘ There was nothing to be done there… nothing.’ Destiny seemed to take place on tv. It’s what happens when you’re somewhere that can’t even reengage. ‘Seems I was cutting my losses and looking to understand my choices,’ was what was written down in this period. Greed is looking for the bodies to sell. It goes in all directions. Resolution looks different each time. Whatever takes over gets split down the middle. Evil twins are temptations recognized as emptiness. Going inward leaves the tough guy at the door and weakness at the bar. Point of view is just a bad love affair. What is left of experience after all this?

Raisa found herself alone in the house. Anyone has the right to run away. ‘You’ll be sorry I ever opened that gate,’ she had said. ‘You held me up long enough. I have to go.’ When she reflected all she could remember was an enormous resentment and ugliness. She had at first been reluctant to move away too quickly. Whatever had been fine was stubbornly hidden in memory. She thought of him as a secret chamber and a smuggler. But then what she remembered was vile and diseased. Get away at once was the horrified wail from indoors. It was a reflex resulting from mistaken identity and mushroom affection.

Some times are just maniacal juxtapositions of chance. When you’re living through evil times its more frightening when they are awake. A time of arrogance and hating is an evil. Raisa knew those times were like that. And can anyone escape their times without being either comical or tragic? Well, who hasn’t woken up and felt like breaking into tears, like the lost child everyone's forgotten to look for? 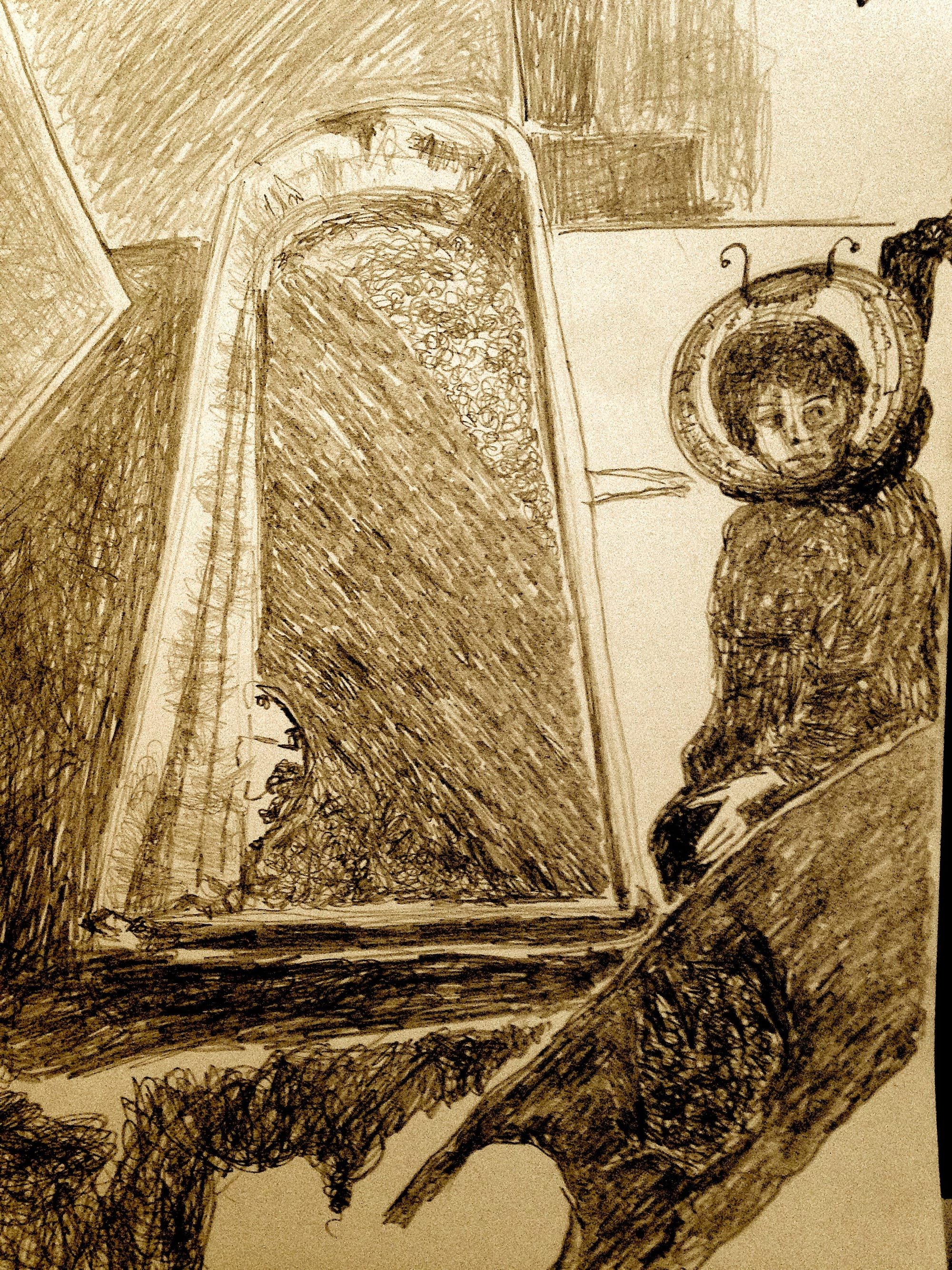