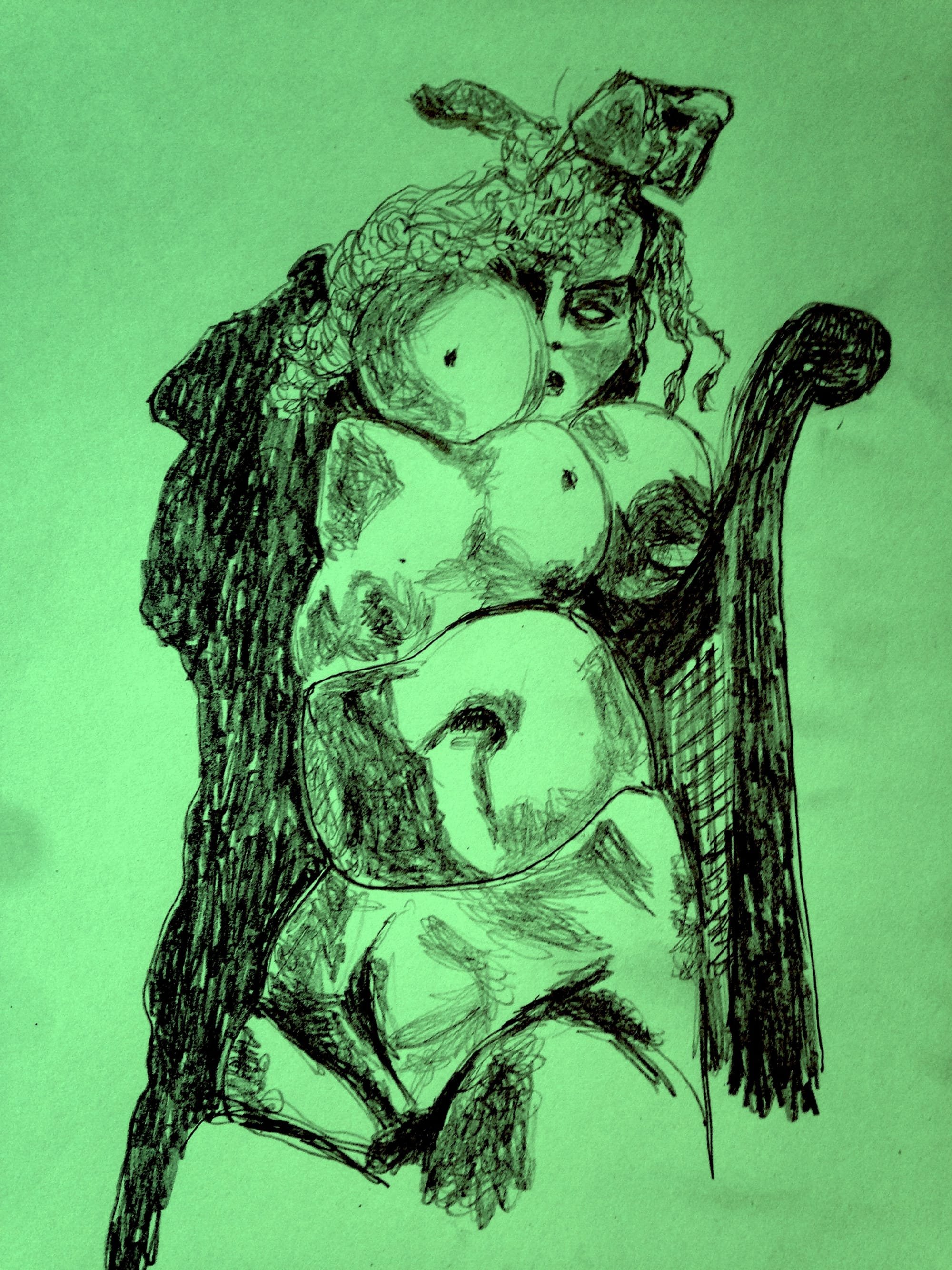 A live organism needs dreams or else absolute reality corrodes it. Hunting larks was a sort of proof. There are those who walk and those who walk alone. It strikes home as the reason why we’re upright. The dismantling of the role of chorus is one item in his rejection of streams of tradition. If he fades in and out its not at the level of psychology or theme but rather performance. Some thought they might join in. There was not a chance. All you can do is watch. These great movements of immobility confound the twitching leg, the pledged foot. A certain woman, a Dr Raisa Montague, was scrupulous in her investigations. She was as intrepid and savage as actuality can sometimes be. Her backfill was a sensation. There had been abnormal events and she’d written about them. Her own studies were circulations of ambiguous dignity. This was science with no forwarding address. However.

She saw Johnny as an occupancy. The only person she had genuinely hated was dead. Those left were not the sort who could look at strong sunlight without reproaches and long dilemmas of guilt. Her handkerchiefs were woven silks. Had she ever been happy? There were no doubts that breaking windows and hysterically walking on the roof were highlights. After three days she had been removed. She had not really been adult at all. There had been peculiarities that she understood as being formative. Grass falling from the sky all over a front tray of soup and oatmeal. The strangeness was that of obscure filthy laundry. Some days she had sat and wondered whether she would have been better not to have been responsible. There was a sense that her isolation was a kind of visionary pledge that had eyes. It would be watching her. She listened to a song where the narrator couldn’t quit Alabama for Tennessee. This was sly, she thought with wicked ambition. The Blues is probably always over a river and if you’re on the wrong side you’re never going to get to the source.

Johnny meanwhile was marking himself with siguls of obligation. There were now deals, debts, refusals, offerings, apologies and choices. This all came through after he met beauty. There is nothing, he wrote at the time, to turn off. When he moves the motion is tonic, subdominant claustrophobia, a way of adding feet. If there’s monotony it’s only in the beholder. Vaults of expression. He was rolling across moody rainswept fields. Wherever the notion of catharsis or distraction arose he swamped it with an enclosed, tight vision. The rain’s an image of expansion. The field too. The many fields. When he listens to the crack of thunder it strikes him as slippage, as if maybe everything has changed. Even he wonders whether he’s going to go too far one day.

Raisa had been waiting for someone like Johnny all her life. She knew cold silence. She knew what time could and couldn’t eradicate. What was in some a teasing inscription for others would be vicious lies. She deliberately hated friends. Her family was mean and cynical. They were only half what they wanted and owned less. In their unanswerable indecency lay impossible permissions. She for one would never forgive nor damn them. ‘You should have seen the curtains they had, but someone else got that,’ her sister in law had snapped. She was always one step behind. And furious that there were too few people out to help her. ‘Damn you all, I was too late for everything, and money doesn’t just grow on you know…’ she screamed furiously. Raisa had been relieved to replace all that convulsion. Her home had been an apprehension. I will leave. I will go. I have gone. I won’t be back. Won’t be ever back. It was a docile wantonness. Everything can be the bottom end of a track if you exit before recovering. There are always cracks under the pressure of moments. You just have to pay attention and realize there’s no place to go. Whatever you write off remains your menagerie. There’s a confusion between miracles, numbers and harmonies that work as shorthand. Eroded spirits come back as fictions lacking integrity.

Is there an ethical side? More like an average posed as a rearrangement. Lame can mean hobbled or pathetic, and both speak twice when you need three. There’s a moral finger in the pool nevertheless. He was tempted by dramas of responsibilities that underestimated him. Several other lives were always due to him of course, being modern and a marauder. When he met he would think to himself as being on the heels of some poet or other, during a flood. It was a quixotic grin he’d make up out of the delivery. There was hardly any which way out.

Raisa was making her way to the exit though. Details were all directions. Whenever she spoke of a place or a road, a person or a job, people would get hostile. Her leaving was a positive journey, something brave and unimagined. There were so many small ugly towns, people, and stops that might never let her leave. She would be punished – she thought to herself – unless she never left the road and travelled to the end of the world. When she found herself at the end of the magical thread it was as if no other road could have taken her. This was the butteflies revenge. Time was always beginning. She slowed so that she wouldn’t arrive too quickly. Oleanders are poisonous. Trees are killers. Something dark cut away from the side of the road, a wailing imprint of terror like an eye blinking from a corpse. She had gone farther than she wondered. Maybe the fear that crept into her was a protective reach. If there were poisons then there would be dares to take. And evils too. I shall live happily ever after once I establish precedence. She whispered to her forgotten convictions. Delay, she argued, brings no plenty. After a minute or two like this she ended up drinking a coke in a diner. ‘Have you lived here long?’ she asked herself, as if freezing herself in time. She recognized her fugitive self as an explicite level. She had fled herself but didn’t like this new girl. ‘I’m unfolding across unseen tracks. Meditation isn’t running. I’m pigeonholed by my anonymity. Conformity is creativity, but stranded,’ were diary entries from this time. Objects of desire are always closer than you think. Frozen traffic isn’t traffic all that much, come to think of it.

At the same time Johnny was traveling by thumb without using his hands. It seemed like this was the usual way. What was lost in the mist of time was a resonance disguised as topography. The path between the farm and the mine was one that pierced his heart with fear. He went downhill rather than face the deluge and progress. What was there was a low fantasy where the sun was always going down. This was nowhere near the country Jesus came from, for example.

How did they meet, Johnny and Raisa. Johnny would adapt Keroac:

‘I called up to the window of a loft where I thought my friends were having a party. But a pretty girl stuck her head out of the window and said, ‘Yes? Who is it?’ I heard my name resound in the sad and empty street. ‘ Come on up,’ she called.’ I’m making hot chocolate.’ So I went up and there she was , the girl with the pure and innocent deer eyes that I had always searched for and for so long. We agreed to love each other madly.’

He was still writing in spirals . She was reading so that places became art. She stayed still behind her eyes. She refused to be fully present. She was a juxtaposition of reds, blacks, golds. The meeting was a lightening bolt leading to a recasting. The visions were ending in distance. The alternative to being the other is to leave everyone out there. If he was to be searching it would be for a full version. It was as if she was already dead. Some breakups are just miniature versions of themselves. 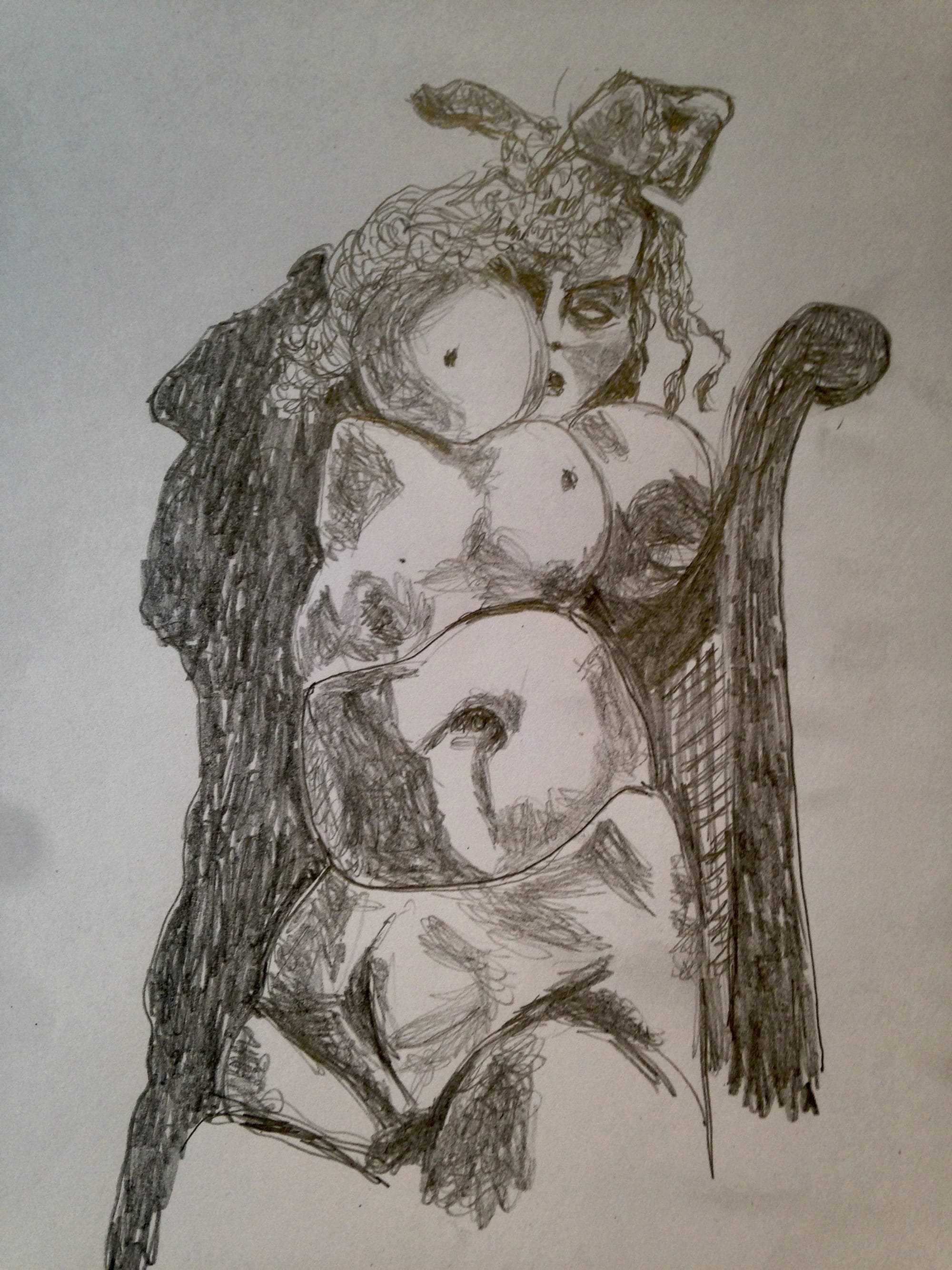 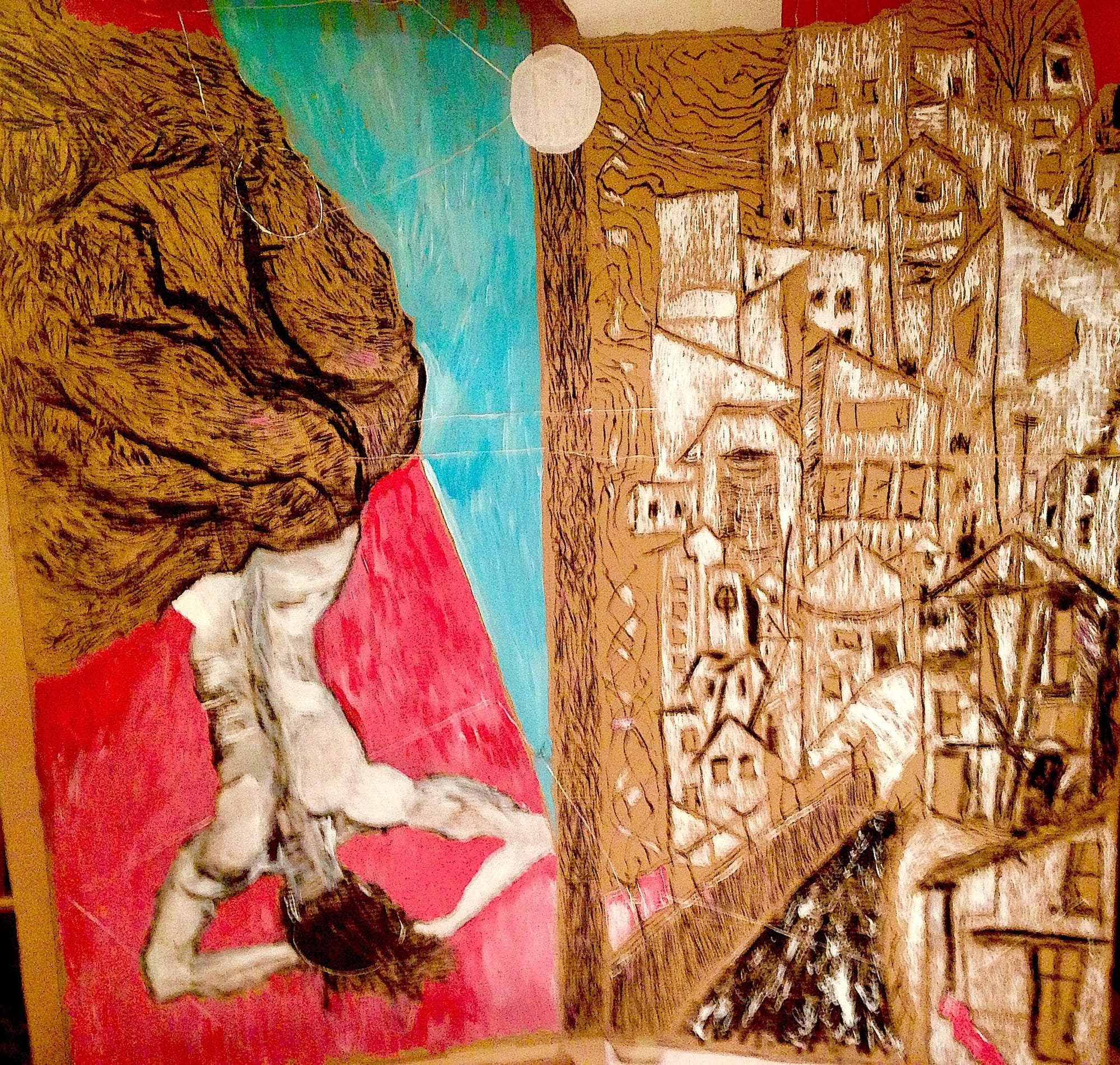