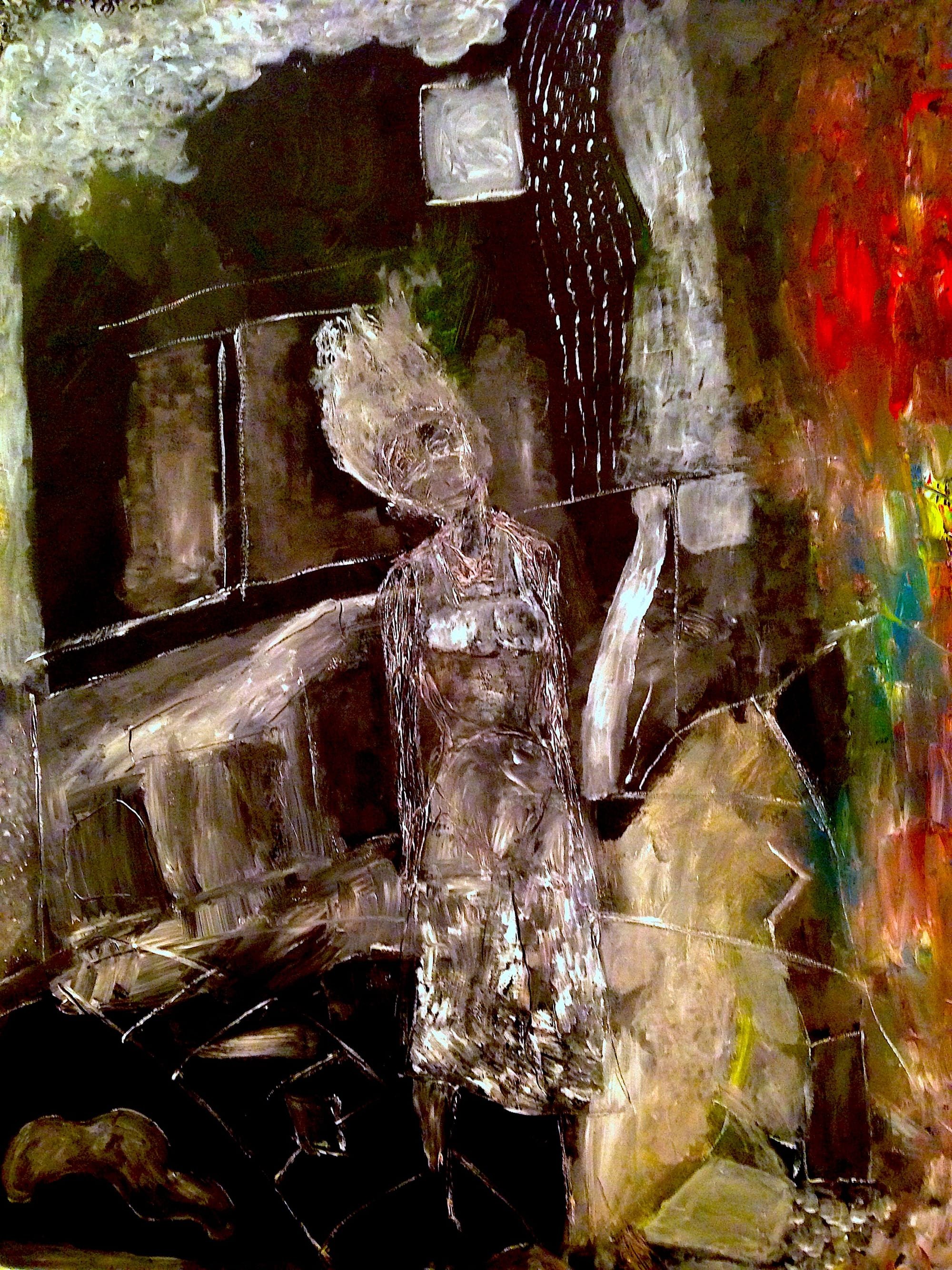 For the first time since 2001, there are more autocracies (specifically, 92 countries, which together are home to 54% of the world’s population) than democracies, while 35% of the world’s population lives in countries governed by increasingly authoritarian regimes . The positive progress made in countries such as the Gambia, Ethiopia, Sudan, Armenia and Malaysia are exceptions within a global framework that is less and less favourable to liberal democracies with each day that passes.

The traditional means by which authoritarian regimes are installed, such as coups d’état and civil conflict, have played an important role in this new wave of authoritarianism (Thailand and Egypt are both excellent examples). However, the chief characteristic of this new political development is that the primary vector of authoritarianism is elected governments, which despite their clear disdain for the mechanisms that serve to control and balance power, still manage to gain and retain popular support in competitive elections. Moreover, they are doing so, and herein lies the great novelty, in countries with a relatively consolidated democratic history and a tradition of pluralism. This is the case for the governments led by Viktor Orbán in Hungary, Narendra Modi in India, Rodrigo Duterte in the Philippines, Jair Bolsonaro in Brazil and Donald Trump in the United States.

However, this rolling back of fundamental rights is not limited to countries with national populist governments. Some of the worst abuses occur where there is open warfare (e.g. Libya, Yemen, Syria) or widespread violence (e.g. Central America, Africa’s Sahel region), or in dictatorships where there are no elections (e.g. China). Likewise, almost all of the countries whose governments are committed to plural, constitutional democracy –including the countries of Western Europe– have committed abuses; what is more, these abuses have worsened considerably in areas such as the fight against terrorism and the monitoring of digital activity. Nevertheless, we should not lose sight of the fact that in countries governed by national populist leaders, this deterioration has been particularly swift and wide-reaching, owing to medium-term strategies designed to transform institutions and consolidate new ideological and social majorities.'

2. And faux-radical responses are missing their targets badly and so distracting us from an underlying problem - poverty.

A quote: ' Everyone knows George Floyd’s name; neither of us knows the names of any of the unarmed white people killed by the police this year. No one should—and we don’t—deny that the disproportion is significantly an effect of racism. But no one should—and we don’t—think that the problem of police violence is caused by racism or can be solved by antiracism. And yet the whole point of #BlackLivesMatter (the reason it’s called BlackLivesMatter and not WorkersLivesMatter or PoorPeoplesLivesMatter much less the dreaded AllLivesMatter) is to center race and racism—to take the injustice that neoliberal capitalism needs and turn it into an injustice that neoliberal capitalism can eagerly and sincerely deplore.

In other words, every time racial disparity is invoked as the lens through which to see American inequality, the overwhelming role played by the increased inequality in the American class system is made invisible. And this is, of course, true on the right as well as the left—think of all the conservative commentators defending the police by invoking the spectre of black-on-black murder. And then think of the widespread agreement among criminologists that the Gini coefficient “predicts murder rates better than any other variable.” Conservatives who try to blame black crime on race and liberals who try to blame it on racism are both missing the point. If you want to distinguish between the left and the right, the relevant question is not what they think about race; it’s what they think when race is taken out of the equation.

From this standpoint, what we’re seeing today is not how the COVID-19 crisis has helped to reveal the structural inequalities of American life but how it has intensified the process of concealing them. Think of how hard the graph above works to teach us to see and be shocked by the disproportionate number of whites and Asians on the top and blacks and Latinos on the bottom rather than by the difference between the top and the bottom—to shock us with disparity rather than inequality.

And no response today is less convincing than, why can’t we be shocked by both? For one thing, we aren’t. Even though (and here’s where the graph does a little counter-hegemonic work) poor white households are a majority, the gap between rich and poor only gets traction today if it can be redescribed as the gap between white and black. There are no headlines trumpeting the discovery that poor people have worse health care than rich people, much less announcing that they are more often killed by the police. You might as well announce that poor people have less money than rich people. In fact, the commitment to addressing disparities has become so central that even when it’s clear that addressing the problems of poor people rather than black people would be more effective in solving the problems of black people, the move toward universality is rejected as a refusal to “center” black people.

In other words, centering black people has become a way of ignoring poor people—even poor black people! After all, every step in the direction of universal redistribution advances, however minimally, equality between rich and poor and works toward correcting racial disparities. No step in the direction of reducing disparities advances equality between rich and poor and, without universal redistribution, even the steps we do take toward reducing disparities are minimally effective. What does it mean, then, to make disparity the focus of our political agenda?

What we’re trying to do here is show that seeing inequality as disparity is seeing it through a neoliberal lens. (It’s worth recalling in this context that Margaret Thatcher, when asked what she considered her greatest achievement, replied “Tony Blair and New Labour. We forced our opponents to change their minds.”) Of course, many people committed to BlackLivesMatter may understand themselves as committed also to social measures that go beyond rectifying the disproportionality problem. But, if they are, that commitment in no way follows from identification of disparity as the most important metric of inequality. And, as we have argued, that commitment, no matter how earnestly felt, is not borne out by the substance of antiracist political practice. For the record, this means that those who assert a “both/and-ist” posture—from the most self-satisfied, moralizing youthful enthusiasts to the most decrepit troglodytes steeped in their nostalgic Trotskyite fantasies—to denounce advocates of political-economic analysis and working-class politics as “class reductionists” are trying to delude either themselves or the rest of us, or both, regarding the extent to which they’ve capitulated to neoliberal vision.

Finally, although some antiracists—and certainly many liberals—express indifference toward or disdain for poor and working-class whites, it is practically impossible, as generations of black proponents of social democracy understood clearly, to imagine a serious strategy for winning the kinds of reforms that would actually improve black and brown working people’s conditions without winning them for all working people and without doing so through a struggle anchored to broad working-class solidarity.

And if it were possible, it would be wrong. A society where making black and white people equal means making them equally subordinate to a (mainly white but, really, what does it matter?) ruling class is not a more just society, just a differently unjust one. That’s the trouble with disparity.

3. The threat to scientific knowledge is now serious because of this political landscape, as the esteemed scientific journal Nature acknowedges here.

A quote: ' Last year, Brazil’s President Jair Bolsonaro sacked the head of the country’s National Institute for Space Research because the president refused to accept the agency’s reports that deforestation in the Amazon has accelerated during his tenure. In the same year, more than 100 economists wrote to India’s prime minister, Narendra Modi, urging an end to political influence over official statistics — especially economic data — in the country. And just last week, in Japan, incoming Prime Minister Yoshihide Suga rejected the nomination of six academics, who have previously been critical of government science policy, to the Science Council of Japan. This is an independent organization meant to represent the voice of Japanese scientists. It is the first time that this has happened since prime ministers started approving nominations in 2004.

The pandemic, too, is uncovering examples of political interference in science. In June in the United Kingdom, the statistics regulator wrote to the government, highlighting repeated inaccuracies in its COVID-19 testing data, which the regulator says seem to be aimed at showing “the largest possible number of tests”.

The fields of public-health and infectious-disease research have revealed much about the effects of pandemics and how to curb them. This year, a large volume of work on COVID-19 has illuminated the behaviour of both the virus and the disease. Research has also revealed uncertainties, gaps and errors in our knowledge, as would be expected. But that doesn’t excuse the behaviour we are seeing from politicians around the world, exemplified by Trump’s notorious actions: a chaotic, often ill-informed response, with scientists being attacked and undermined.

The principle that the state will respect scholarly independence is one of the foundations underpinning modern research, and its erosion carries grave risks for standards of quality and integrity in research and policymaking. When politicians break that covenant, they endanger the health of people, the environment and societies.'