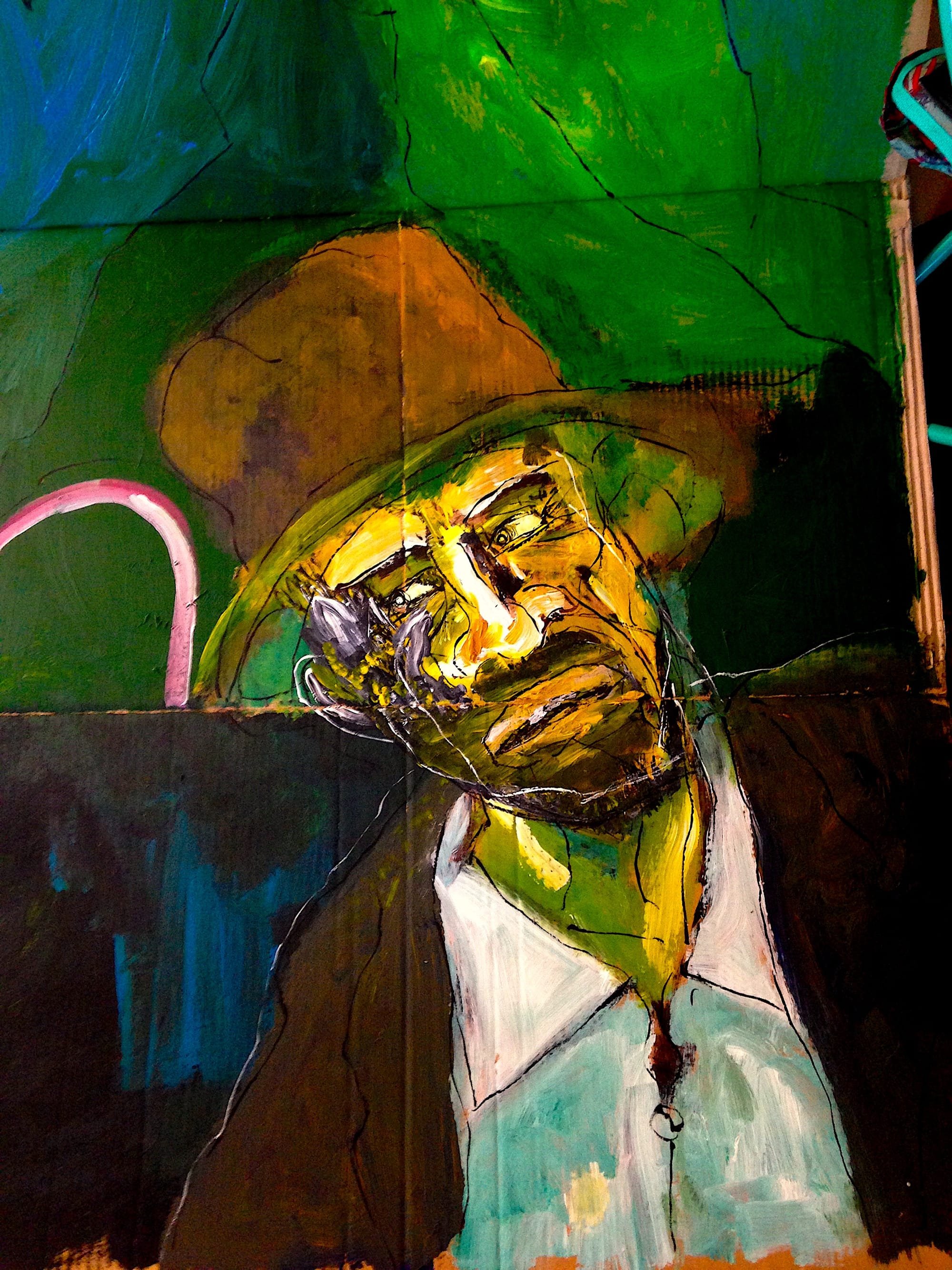 ‘I welcome eternity. I think that's what's being offered. I think that's the thing here. I think we're getting perfect by virtue of eternity, like it’s a commandment that comes from the Event and therefore from everyone, from our realness,’ he said.

Lena watched his face like there might be something else there, a consolation she hadn’t accounted for, but she was also puzzled and a little disheartened.

‘You’re talking about madness, our collective dream, giving it weight, a madness that carries us away, muffles the sane voices not happy to go with this eternity you speak about,’ she said in a voice like simple water, calming and soothing and cool.

‘We should obey dreams when they're everyones,’ said Gower.

She raised an eyebrow and wondered whether and how a dream was actually a commandment, which was a difficult question, but there was something to this, given their predicament, which had the quality of an immaculate stupidity to her.

‘Dumb dumb dumb dumb dumb,’ she murmured, more to herself than for the benefit of the crowd whose faces were drawn into the shadowy, toke- soothed colours and swirls, the aromas and dashing vibrations of cobbled up people.

‘For that reason we should think more,’ she added.

Gower worked his lips into silence before he spoke, as if there was some sort of congestion coming, and then he sighed as if everyone had a right to be spared.

‘Something must be done. On that everyone’s agreeing. It’s just a matter of what to do, not more  thinking. Everything must change because we're not alienated now. It's socialism but we’re not sure how,’ he said finally.

But the talk had got to that stage when they weren’t just talking anymore and there was some sensuality snaking around, a good hearted sincerity or affection drawing them in to each other, something that now hissed like the burning logs, a mutual seduction of sorts, and the ebb and flow of the crowd suddenly merged with them and washed them back into its generality, like a stage in a game of tag.

Elsewhere, unsteady at the far side of another room, our protagonist is standing, dancing, seated, crowd milled and absorbed:

‘Well, I’m indeed sorry to hear that,’ she said mysteriously.

She jerked her head away and stayed true to something he wouldn’t understand, astonished at how much there actually was in all this and how he didn’t know the score even though he thought he did.

‘Can’t help but notice you’re looking great,’ Yves seemed fresh-watered and happy to now lay out his wrong road to her.

‘Is that it?’ she said, insisting that he noticed she was hell mad with his crude pick-up.

‘What?’ he opened his hands to what he assumed would be an honest innocence but she saw as a brilliant kind of unfriendliness, coming out of sudden darkness and incomprehension which seemed to her like a seedy male prerogative, let’s face it.