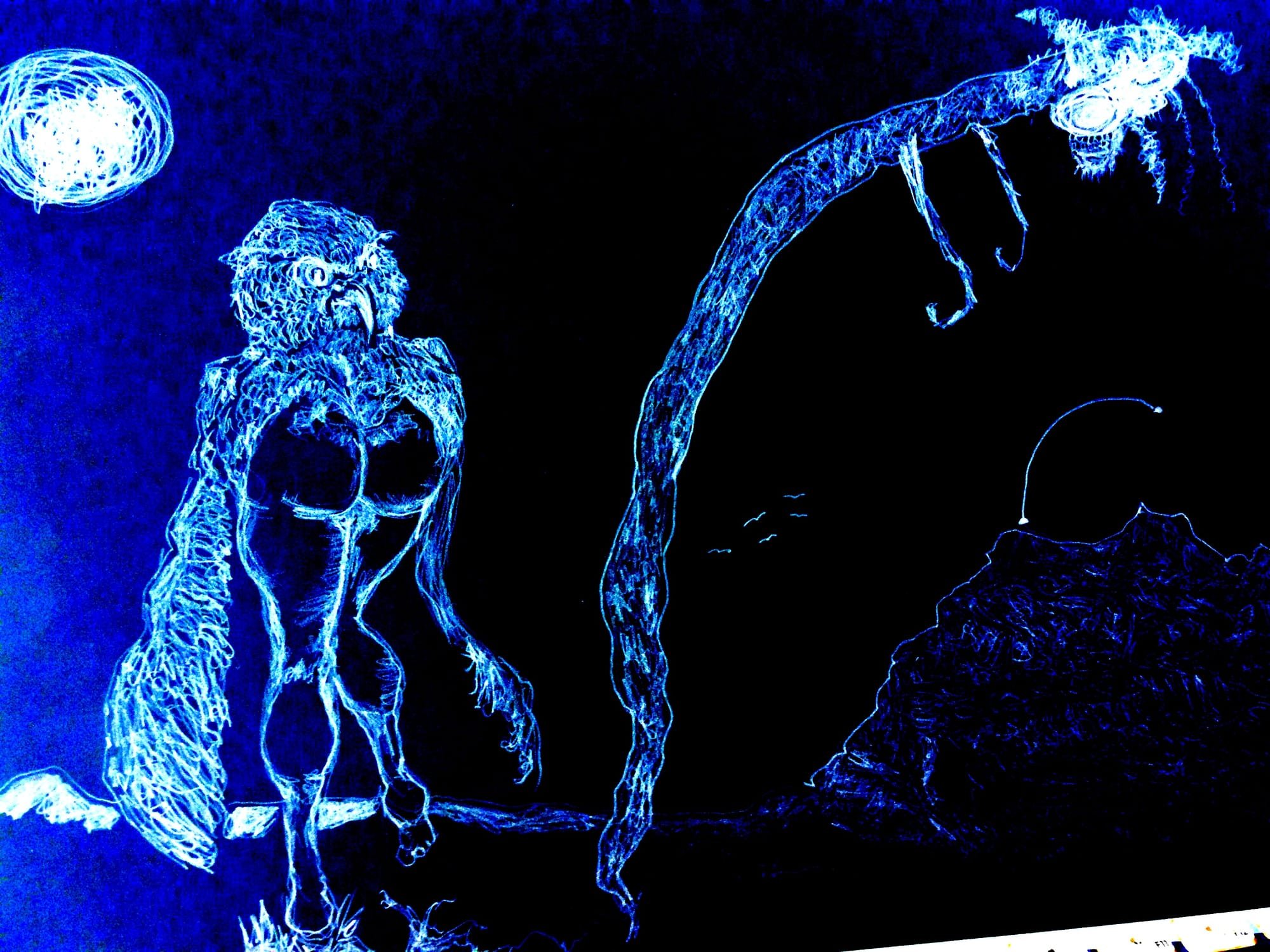 He nodded and tried to imagine the great beasts as they veered over fish-oil slicks,  humpback whales, dolphins, scavenging squid, yellowfish tuna, krill and offal in doozy waters, whilst nesting on doomy remote islands , sweeping and hurling through the night avoiding hawks, falcons, gulls and ice dark wired-out skuas, then going for more than half a century in monogamous pairings, synchronised breeding cycles, ritualised display postures and bouts of bill-clapping on the contiguous salt seawater masses. They're the dreams of the earth’s easterly rotation, solar heating , weird Coriolis force torque, gathering up a strange visionary poetry in prevailing winds, tropics going east , mid-temperates going west, then east again in grail ascended latitudes.

She seemed far more interested in what she was talking about than him and that hit him hard. The situation was uncontrollable and being the sort who gets defensive, and when defensive mean, and when mean a little greedy and vain, he changed tactics and began to be the fag, ape, goof, turpitudinal fringe type, playing around with the wine bottle and then fumbling with a spliff toke as if ideas mere empties floating on a fish pond. But she wasn’t paying him any mind at this point but instead was handing over to the whole place of heaving party-goers her accumulation and fruits, all she'd studied for the last seven years, solitary with her girlfriends and what tuned out to have been a parade of disappointing lovers whose ingratitude, collapsing loveliness and hollowed-out egotisms had exhausted her and grooved away any feelings like warmth, sympathy or even lame interest.

It was this fact that they all seemed to want: a coarse-grained flattery and as she’d told herself more than once, she couldn’t do that with their whole fucked up needs anymore. The justification of ourselves as we are was an oppressive conviction, and she looked at Yves as an example, some great primal dick-head with a special, private deception just for her, like a grudge, performing its suck drama on a narrowing stage. Apart from hypocritical smiles for her there was the insidious wink for everyone else, as if he’d spotted a quiet spectator at the far back end of the balcony and was happy to go too far just to be impressive to a next striptease. She looked around to the dancers, intellectuals, students, models, gymnasts, seafarers, writers, artists, poets, entrepreneurs and wide jacks and jills who seemed in that glance to explain life in all states of rest and motion, complaining that everything cramped their worlds whilst holding desperately onto it all. What a joke.

Not that it meant she would become inert, inactive or disengaged because for one that would be extreme and she was moderate in a straightforward sense: second, no nihilist.

‘Mysteriously they can track temperature gradients between warm surfaces and cool ones. They work with thermocline shifts that diffuse  or fall over nutrient-poor surface waters in the vast blue tropics and sub-tropical Central Atlantic and Central Pacific ocean deserts, alive without life, and can deal with food-crashes caused by El Nino events in the Humbolt and California currents when Trade Winds slacken so much it takes the blue Sahara to flow over cooler water to the east. Mysteriously they know about updwellings over seamounts, submarine canyon walls, continental shelf breaks, Georges Bank, between Cape Cod and Nova Scotia,  Hecate Strait inshore of the Queen Charlotte Islands off British Columbia,  how water flows at an angle to the flow of the wind, left of the southern hemisphere, Orogon to California, say, or else in the Gulf of Tehuantepec in Southern Mexico and the Gulf of Panama where the strong winds funnel and different water masses collide and sooty shearwaters swarm to fuel their wing molt, and clusters of sargassum weed and other tubenose prey gathers, Bluller’s and other shearwaters, say, and phalaropes, Long-tailed Jaegers, Xantus’ Murrelets, Black-capped Petrols off southeastern USA, knowing it’s a truth, habit translates to food…’ 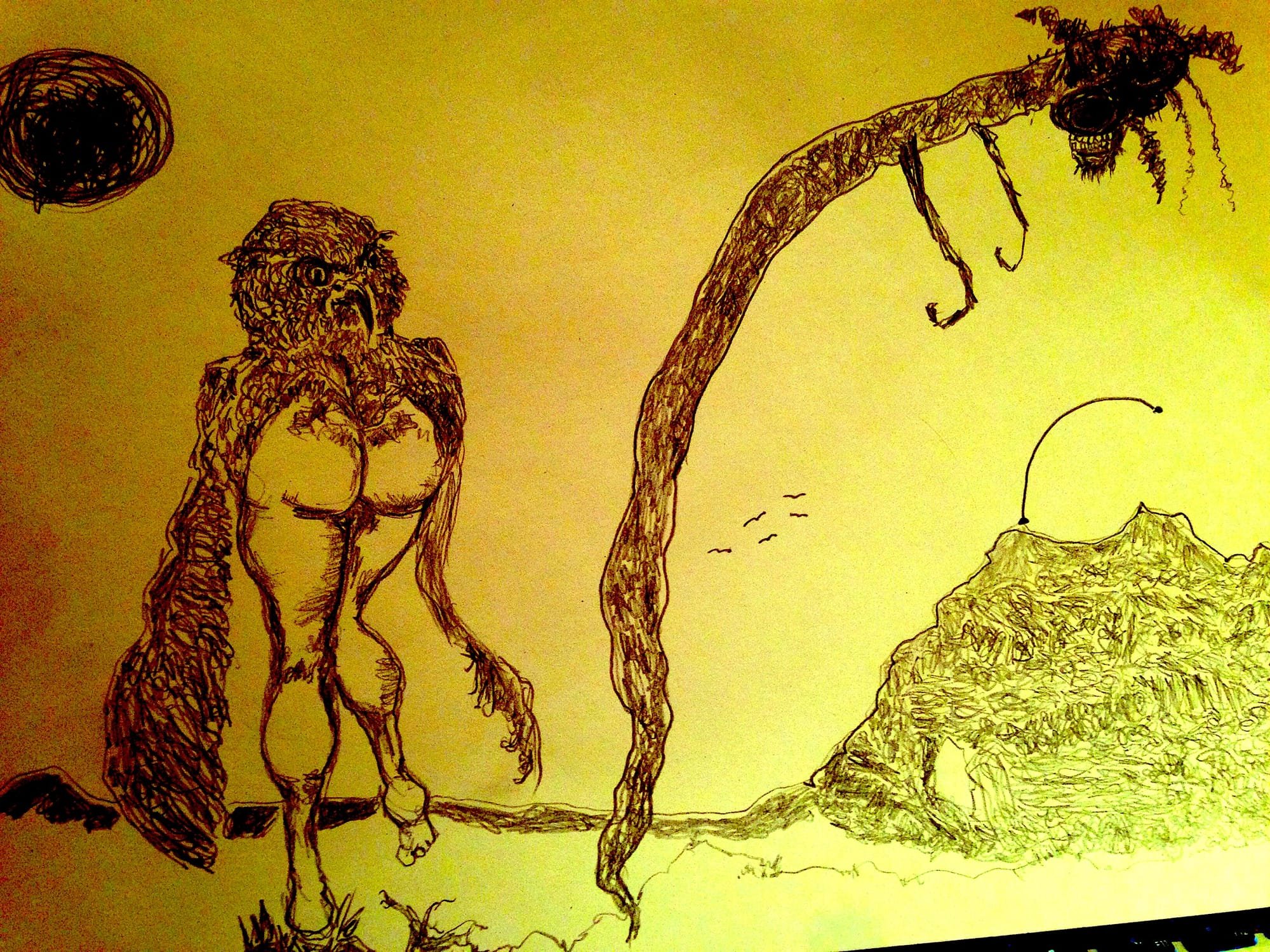