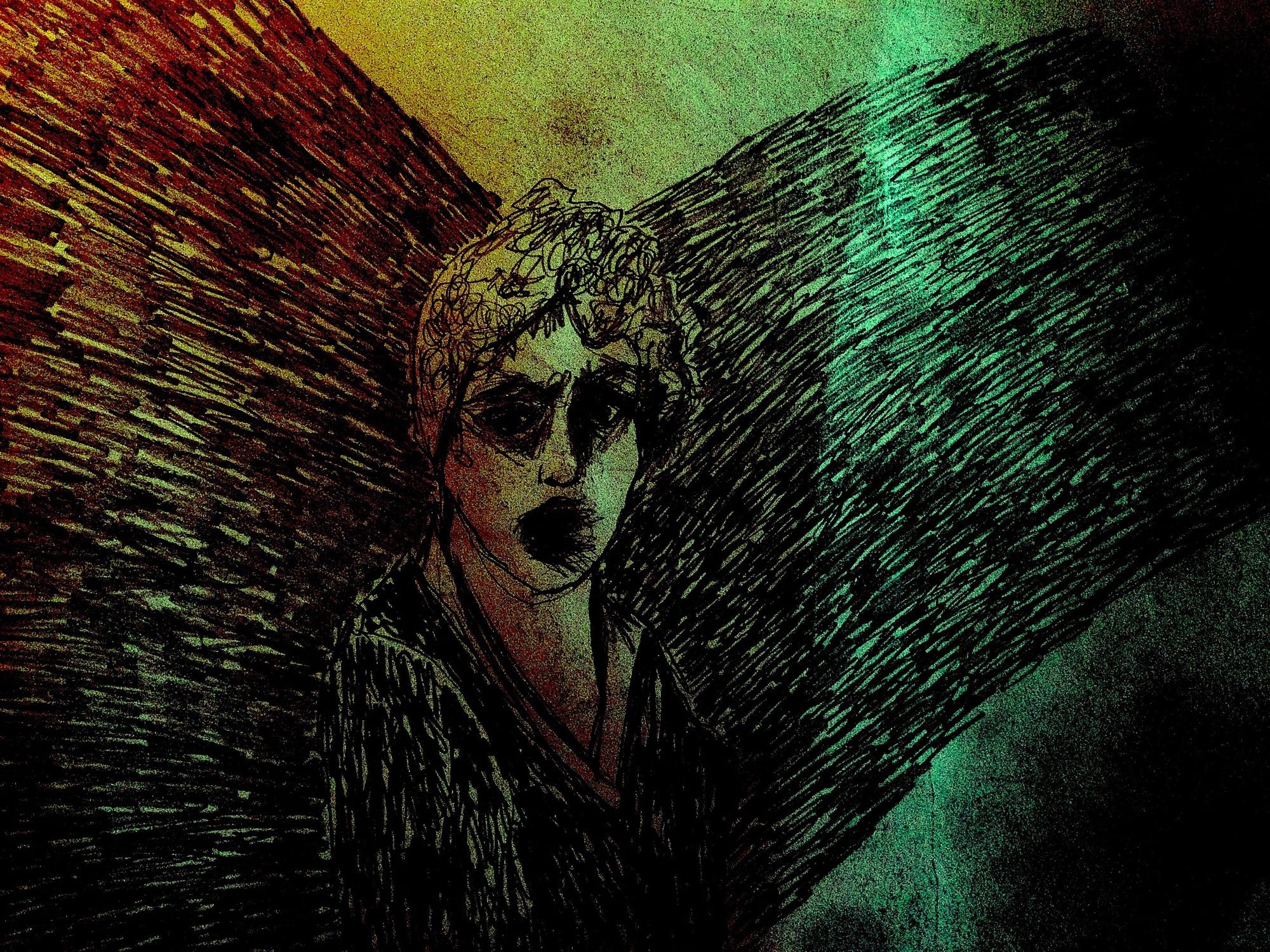 She pushed back her hair and the scene was darkened and filled out by his absence and by the rain suckling colours and expanding nature’s situation.

Times like this it seemed right to go against her conscience and leave it for the Gods to sort out later. What she knew was that she had to do as best she could her own believing and her own living and the fewer the words the better. But nevertheless she couldn’t help but think he was wrong somehow, although where and at which point she couldn’t have been exact. But she was definite nevertheless. She wondered how baked in his thoughts were, and without warning remembered how the trap door spider with a brain the size of a pinhead and with cells in mere thousands were critters still able to plot, sly and anticipate, in short to strategise and delay in their pursuit of their prey, so that they were as cunning in their hunting operations, so it it seemed, as the Kodiac bear in respect of this, and the Kodiac’s the largest land carnivore after all and so a beast of formidable quantity whose brain matches it and rightly commands respect, surely, and might be expected to have more by way of cognitive power, let’s put it out there, than a mite spider, which made her figure that size wasn’t the thing, but something more subtle.

And given this, what was this cogitation to do with how the world might be remade, which is what she went back to thinking on with a stern construction on her face projecting onto the world. The best things aren’t things. Those things worth anything tend to be painful, continual, difficult and need watchfulness, warnings, praise and examples. Often if you get the question clear the answer’s already on the table. Some days – and this was turning out to be one of them – are without shadows. They generate emotions without reserve, a theatrical light clothing the park, the trees, the expanse across the water of the lake, the coffee shop and all its conscious emulation of what struck her as a beguiling play. These trees convinced, sold, entertained and craftily, in the way of the stirred up light. So little by little she wondered if everything that was human and human shaped was merely a tributary of something larger and more dreaded. There were motions in people bringing up pleasures and other more demeaning insides to light, as if every purchase over the counters, the squashed up paper cups for the coffees and teas and the enjoyable noise, glass for glass, of the wine or sparkling champagne and burgundy or rose, they were probationary things with something more secure and regular in authority standing behind them, in the style of a more ancient kingdom without this fashion for shenanigans and a sort of strapless darkness and heavy flesh. This lightweight shambling social protoplasm, all dough fats and meat, couldn’t hide it had death behind it in someways.

She was still in the middle of summer and the canal that ran down one side of the park was a satin bedded roll of fleece and drape, like life had been unrolled out as she walked past the water that was different from the lake water, a cool paving rather than a black spool. She saw the spread on the thighs of the girls she passed and necks like walls on the men who seemed violent and lustful, damaged and roused by their own bearing and the listless indifference of the day winding up to what might have been hours of silence and phrases of dumb circumlocution.

She turned over the idea of the old guy that the contemporariness of all twenty-four civilisations since the stone ages had been cracked open after two hundred and fifty thousand years and she was impressed that he had had the thought even though she at once denounced it as outlandish, extravagant and showy, like one of those ideas you stick to because it stirs up manias, like a stupor done with wrong-way tools. She thought if that was what he constructed his fortune on well, good luck, but then she wasn’t taking it any more seriously than that, giving it no more than what it was due, which was just to say that she felt all he had was an astonishing thing to say that was invoking nothing more than a sheer hose could, or beautiful suits, hats, earrings, feathers, high heels, hidden pinnings of adoration which in the end were hopeless and merely decorative.

'That isn’t what thinking is for,' she trimmed.

But it was worth thinking about, she reflected after this, as if wondering whether there was, indeed and after all, a construction to be made on. Sure, she was suspicious of his personality and force playing its lead role, something that she could tell was what he was used to, letting character lead and the rest follow – and she frowned into a territory of such seriousness that it made the soul neuter and sex not matter.

‘You’ve more brain than six women,’ he’d said and that had torn him from her, as if this would be agreeable to her, as if that didn’t at once let the destination pass the building, so to speak. Perhaps she was hungry, or wanted a fight or a disaster, but there was rash, harsh and scandalous rage that this had provoked in her even though she remained outwardly placid and left it as if consulting with herself. That was how she had dealt with it but what it felt like in her head was that the porch had just widened and he was far off to one side of it now. 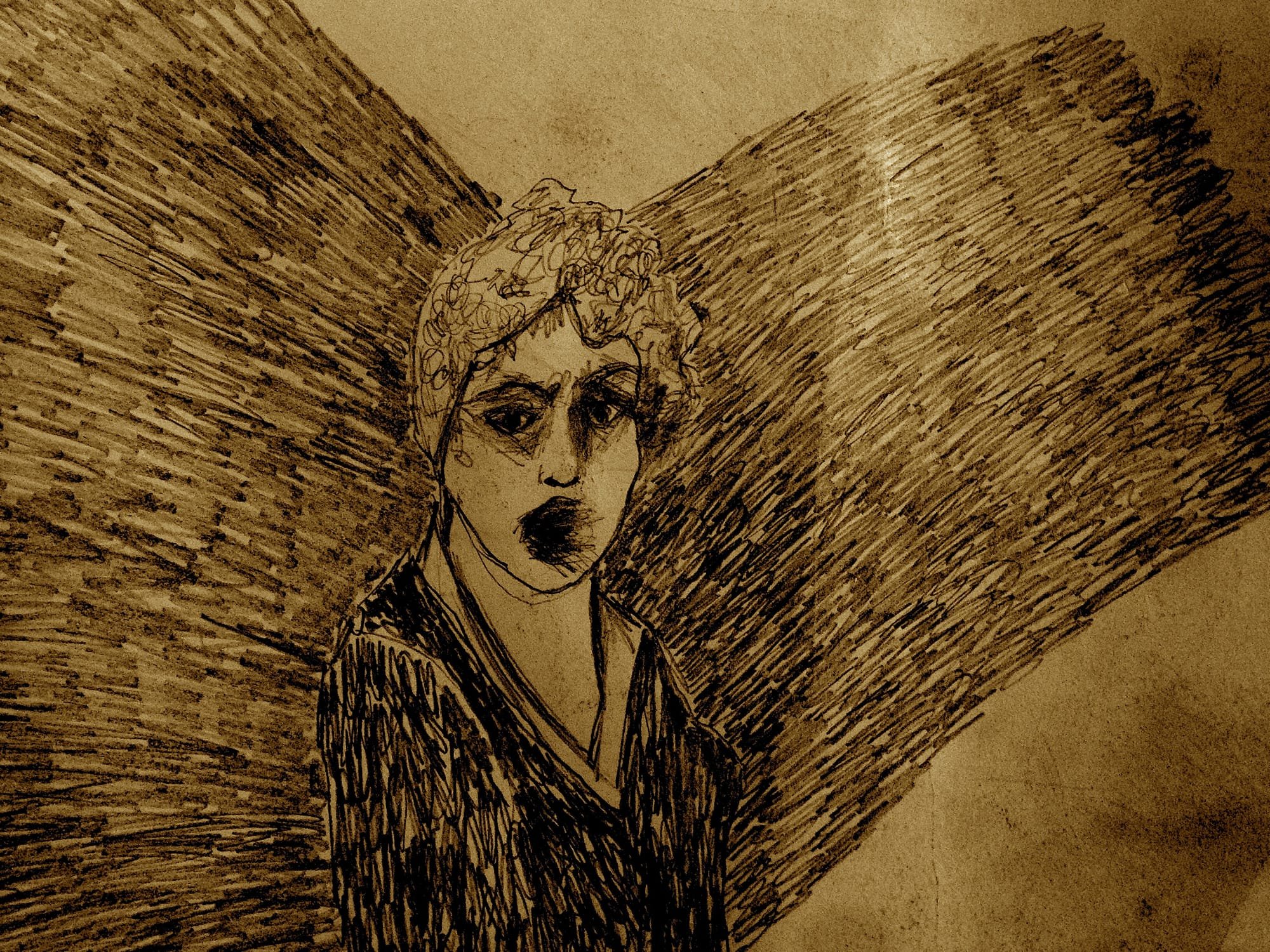