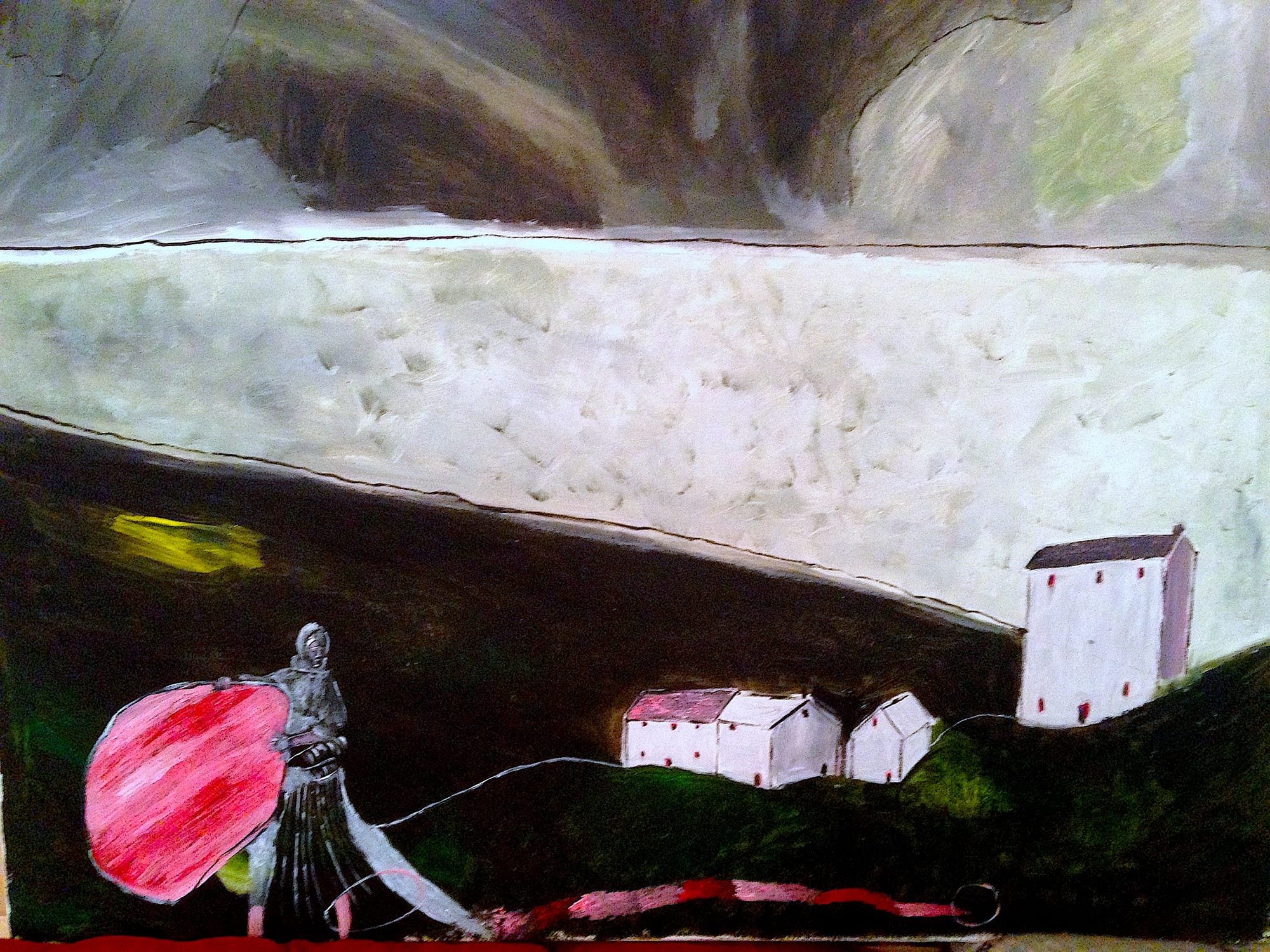 She felt and she linked by way of contrasts. She took lovers because she didn’t love but needed a hobby-horse. In this she knew no limits and disavowed gentleness and homely duties. Her sincerity was best found in her diet. In fact there was more sincerity to be found in her physique than in the scope of her magnitude. Personality drove her out of her wits from time to time. She liked to walk the local park and watch couples and pigeons. The lake was particularly soothing, as were the trees that, under the influence, dazzled her with colours that seemed to emerge throbbing from deep inside themselves. Everything seemed a kind of liberation to her when she was in such a state. Powers otherwise hampered by the day came abroad as if circumventing odd repressions. She sometimes walked a friend’s dog and thought of it as a substitute for dying. It gave the whole activity a gentle grandeur that delighted her.

That a certain barbarism had time for a quaint version of civilisation never ceased to amaze her. She liked to talk with women and refused to see this as any kind of symptom. What tended to happen was she would see the misery of trees, flowers, clouds, grass and quote Werner Herzog on the bottomless, fiendish stupidity inside the eyes of chickens. She drank wine imagining thin layers of ice, chaos and desolation underneath. What, after all, is an ocean without a monster? That was her thinking. Along with the impression that the universe ever since the incident had been horribly screaming. And witless. And fleeting. She was increasingly confident that facts convey mistakes. The world seemed to be lacking punctuation. On certain days nature was a counterfeit. On others she walked as if looking for another alternative. Here is a good summary of her attitude: had she been told that a certain train would never stop again, she would've hurled herself onto it and then striven to find a way off. There were times when she felt terribly alone. She lay before herself as a different version using a different language. The pained sensitivity of any retreating man would be exchanged, finally, for a translated anger. How far is his childhood? Every conflict seemed to be part of the last one.

Illusions need groups. Groups remain unreal and give precedence to whatever each individual discards as trivial. She saw each of these individual men as sycophantic, lying and opportunistic. Yet in groups they were the great sacrificial beasts, slouching towards whatever Bethlehem might be needed, with slow thighs churning themselves back to life, bearing the cosmos between their legs, a mighty procession of coital eternity aiming at death and always coming from a dark, annihilated ancestry.

On days like this she could hide her thoughts. She had opinions and sometimes had reasons to go with them. She rode around on a bike with a basket so that the city lay out differently for her than the people on foot or in cars and buses. Her parts of the roads were the parts where the interesting people were. What she wore was important to her, not because of what others might think of her, but what they might do. She hoped that she would never feel so tired that she wouldn’t have enemies.