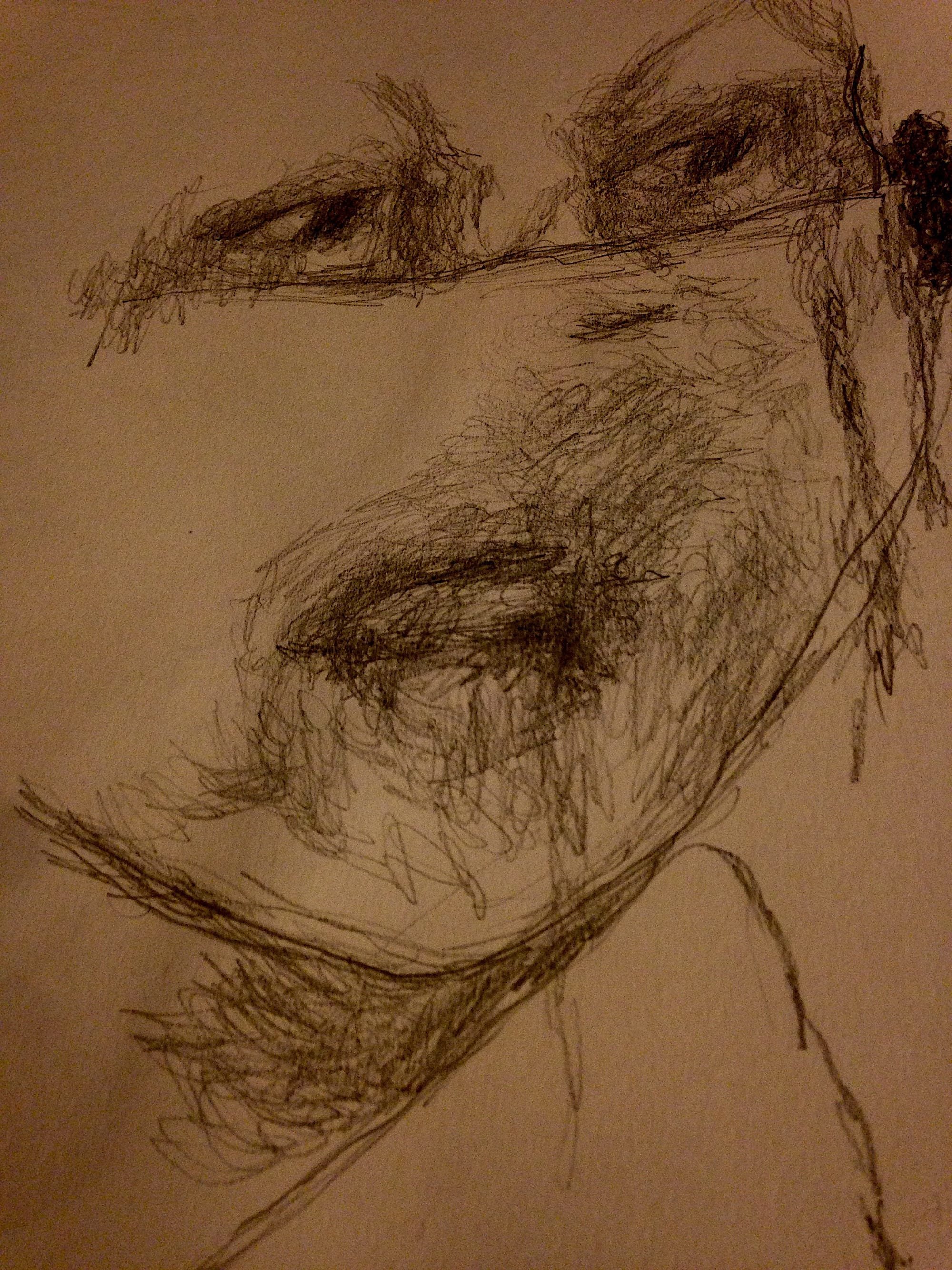 ‘I take back what I said earlier. You are a cynic. For you, it’s a dog eat dog world. Survival of the fittest. If so, then why are we so sickened by the pictures, by what happened. Surely that disproves your view. Humans aren’t cruel.’

‘ Circumstances make us what we are. We face dilemmas. The odds are computable. People aren’t not massacring each other all the time because they love everyone. Self interest and evolved predispositions are enough. Outliers are trouble. Partick Bateman and Ghandi both. But they’re rare.’

‘ This isn’t American psycho. Nor are the millions outraged enough to say enough is enough.’

‘ I agree. What happened was terrible and your response is fine up to the point when the rhetoric is mistaken for something other than trauma response.’

‘What, we’re just savages expressing our pain? Nothing to be done? We’re never masters of our own houses?’

‘ Your craving for the grandiose evades practical business. That’s all I’m saying. I think you’d be better off working out a cold and calculated set of objectives with a timescale and costings attached. It should be a programme of tangible reform. It should be painstakingly done. It has to be boring. And it needs to build on enough alliances so that it gets done. As far as I see it, you have nothing like that.’

‘You sound like the world has overwhelmed your feelings and your mind. You sound like someone who has given up on anything good, anything that can heal up the terrible wounds. I think you’re a little sad you know.’

‘ And you sound like one of those who has rules about who to kiss. You know why I smoke? Because I’ll kiss whoever I want. Preferably no one.’

She saw his perfected mind, morals and body as a prosthetic for unknown motives she feared and hated. It was as if he knew that waiting was not about conceding anything but just another decisive act. He was in such despair, she could see that, but working under a false stress of necessity, as if he was fighting half-tamed monsters and hoping to come through unscathed. Was she feeling guilty? She was forever looking at what was glaringly obvious as if they were upside down. Perhaps her discontent would be better off in the dreamy oceanic feeling of a world religion. In that way she could be sure of being loved. The thought made her feel sick. His rebukes were worthless. They had no sting. Yet she was uncomfortably aware that what she had said was to him just a display of bad manners. It was as if he couldn’t see anything beyond her being a pretty woman.

Everyone owes gender a death. The severity of his judgments had left him disconsolate and obliged to repeat. Everytime he looked around – at either a room or the world – he blamed himself for misfortunes that he couldn’t possibly be held responsible for. He sensed missing souls everywhere. Perhaps he almost recalled a version of Schelling: ‘ something that should have remained hidden has come into the open.’ A thin veneer had been broken. But between what and what? The strength of original emotional reactions and the uncertainty of scientific knowledge? A sense of piety and a relationship to death? A sense of horror and its seeds in beauty? Desires and evil games?

‘My weakness doesn’t imply anything about you – neither strength nor weakness,’ she said abruptly.

‘ I’m not a hypocrite,’ he sighed. There was something, an element of truth in this, that disavowed the places, the signs, the poster of the French philosopher she had on her bedroom wall, the monochrome photo of herself with her girlfriends from a decade before, the fermenting jars and paraphernalia scattered across the kitchen table. But she knew him as aggressive and endowed.