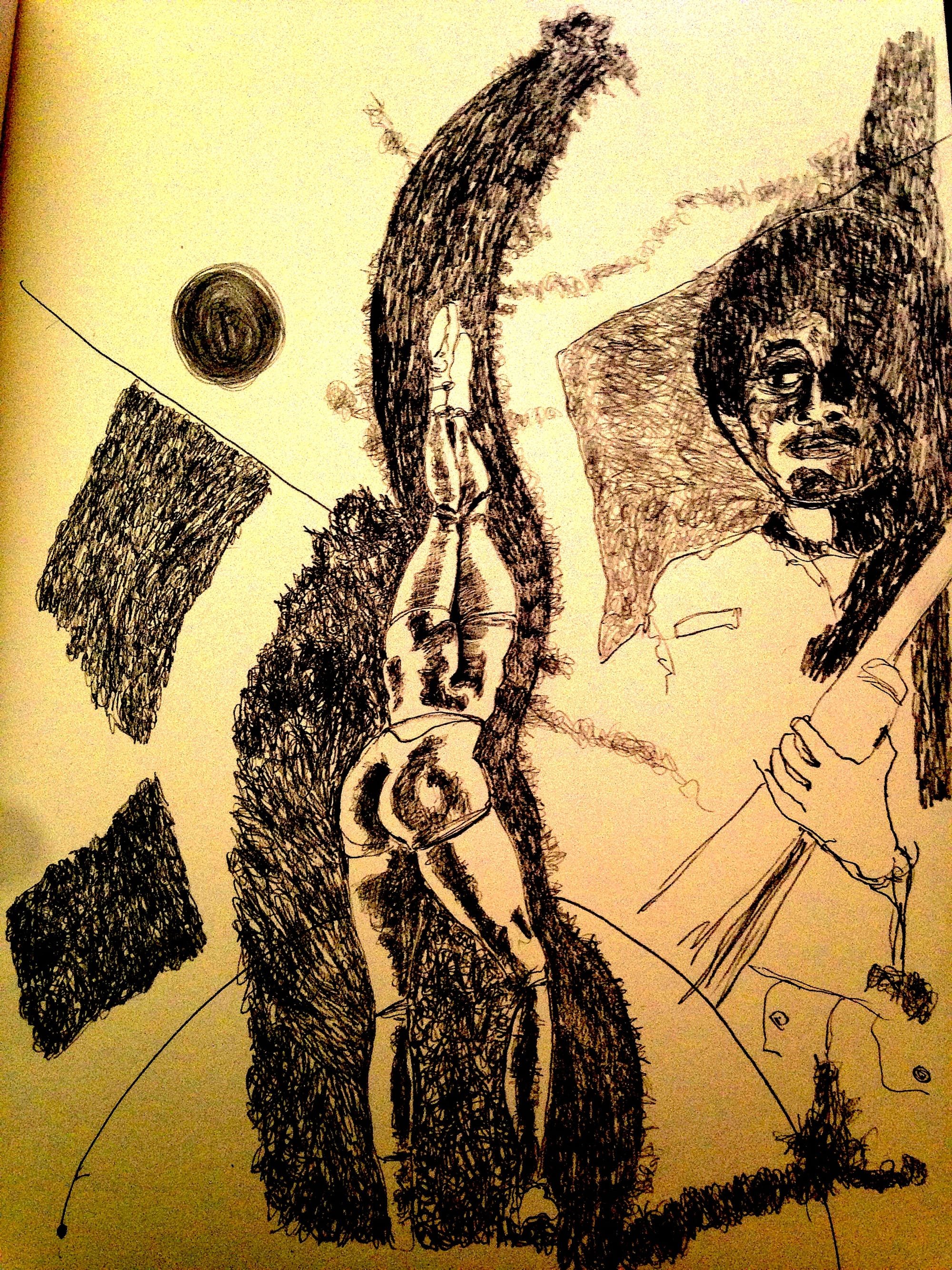 ‘To see clearly people think they need a dismal picture of destruction. You on the other hand merely unsparingly exploit words for personal intuitive ends. Any break to capriciousness is merely laziness in you. Your approach is to just burn your bridges. Well, I’m looking for misplaced truths that no one thinks they’ve lost.’

She wasn’t going to be sidelined by his haughty sense of righteousness.

‘Are you always angry?’

‘I don’t mean to be. I try and avoid naming the facts of life. You on the other hand distrust language. And that’s why you fall far behind it. You cling to it like a life raft and a coffin. In that respect you are a kind of excommunication.’

‘I think of you as Ishmael.’

She watched his bitterness yielding, groping for the walls of a culture that needed it. And a roof as well no doubt, so he could shout into its empty room. She returned to the table in the bar alone and hovered over the rim of her drink as if over the brink. Her emotions thinned and curled like cream. The surface of the beer cast wild hoops of brilliance into the shared hot space. She lay a finger on their misfortunes and loaded them with parentheses. Some women are badly cast. She was the walk-on everyone remembers. The bar was even more packed now than before yet she sensed the atmosphere growing sins she just never wanted to commit. The wild uncertainty was romantic. She could hardly be blamed if she never reciprocated without scratching.

Later the young man was back by her side. By the next afternoon she had managed to rid herself of him. Her solitude had intensified throughout the night, like a translation without the original. She was forever giving up for this. She generalised to stay without a trace. Her own history was a threat without influence. She liked to pose as arrogant. Her words were sometimes like handfuls of grass. They were abducted fates. Realists didn’t even notice her bleeding heart. She struggled with a kind of ardor better served alone, after dark and chilled. Her Hellenism was an earthenware pot, oven tongs, a milk jug, kitchen utensils, dishes and whatever surrounds the body. She remained absinthe flavoured and useless at breakfast. She kind of unfolded each day. She was her own sacred circle, smooth, shiny, and kinky with sin. Her thoughts were never sealed.

The first quiet drink in a bar is like the truth of high art where domesticity rises to its own rebellion and invention. A life is not a thing. She grieved like someone who breathed only in full-stops. She was more soup than church, more diamond than taboo. She knew the ropes. She liked to take her clothes off before it became routine. That way she kept a little of the initial magic. She wondered about how things would end in the general way. Life seemed to require the highest kind of character and yet there was nothing in it to attract such a being. All she knew was a technique and a sort of flair for picking out the sad ones chatting to bartenders and such. Her vital organs were the sort of thing you need when trying not to scream.

What happened? Well, she was alive to the contempt that the whole culture has for women, that distorts its whole play, and refuses the genuine obscenities, but she didn’t stop there and in the end reversed and began placing her ducks in a different row and not because she liked to gamble because she’d long lost the nerve for that but because the way everyone talked was too much like a contract had been signed and sealed somewhere and everyone was comfortable not to do anything else, whilst it was clear, after the event and all the rebellious frolicks, that there was hell a whole host of things needed, and the contract was a holding one, which satisfied a deal of people she held, in her heart of hearts, responsible and needed denunciated. Perhaps this was what she was adding to herself, a high moral ground where inflicting and tolerating were the twin barrels of her subsequent realms. There was a secret chaos in her, which saw through the bits and pieces of unique existences and held mercenary, conservative, class-bound whip hands, all the oppressions in unjust hands,

‘… and really, what the fuck has gender, race, sexuality or anything else got to do with that? ’ said with irony as inevitable and mysterious as gravity.

Ancestry doesn’t always bring us at once to solid ground. Sometimes it’s easiest to say what she meant than say where she came from. Who knew where she was going to? There’s an enormous emotional intensity associated with each walk she made and everyone she met. She thought of her relationships in the same way a mason thinks of the hammer. The only reality was whatever happened. To make something – anything - happen is her greatest pride. Reality fades to her behind the infinitely more convincing quality of the relationship. She raised the powers of whatever was there to an nth degree whenever she slowly altered her pose, as if a two percent of a total, as if the feral shoulder curve and silver arch were looking for the effect of the greatest astonishment.

Her body was a modest exterior monstrously condensed to the complexity of its signals. These in turn corresponded to its content. Her lips were swift transmissions of all elements of the word. The word as such was born slowly like a disclaimer working as the equivalence of positive convictions. All her elements were drawn to the concept of form. Her Logos, so to speak, was decisively not content. The young men are invariably unable to cope. They drink and smoke and laugh and then look sombre and serious, as if something immense has overtaken their consciousness, but fail to see any of this as creative material and so throw it overboard for the result of a night with her. They continually repeat the crude mistake of their predecessors. Some nights you find them on their hands and knees creeping in. Their apologies are abject. Only because she desires some three dimensional reproach to the emptiness does she give them leave to repeat themselves and enter her chamber. Who, after all, can resist the Gothic belltower stabbing the sky?

For her sex is both pious and casual. It builds worlds that are neither burdens nor unfortunate accidents. Yet they are each hardly more than arousal/exploitation diagrams devised to inspire spirits scratched into stone-age caves. 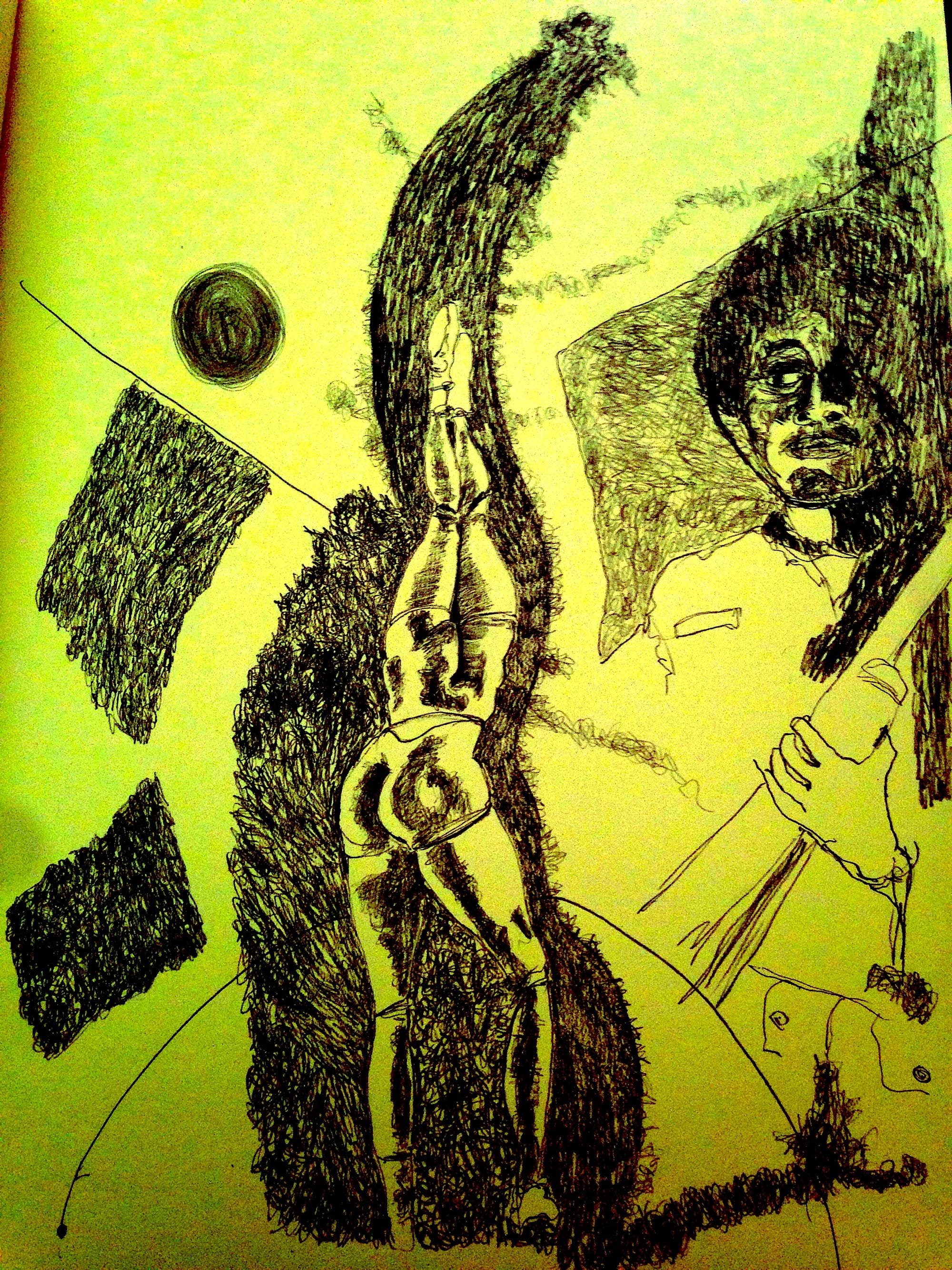