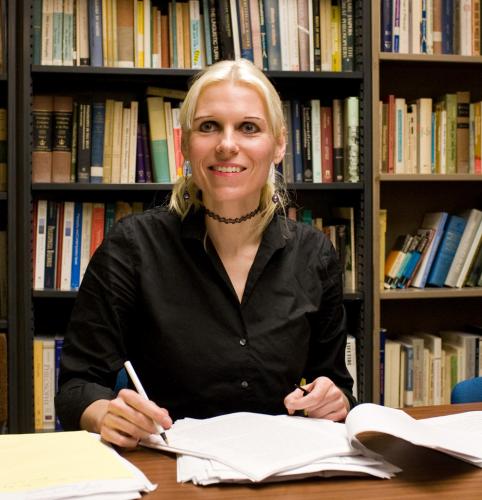 Berit Brogaardis the Danish and American philosopher specializing in the areas of cognitive neuroscience, philosophy of mind, and philosophy of language. Her recent work concerns synesthesia, savant syndrome, blindsight and perceptual reports. She is Professor of Philosophy in the Department of Philosophy and runs a perception lab at the University of Miami in Coral Gables, Florida. She is the President of the Southern Society for Philosophy and Psychology and the first female President of the Central States Philosophical Association. Brogaard is also a Danish-language poet and the author of three books, Transient Truths, On Romantic Loveand The Superhuman Mind. She is now the editor of the Philosophical Gourmet Report. Catch her after this with Brain Hammer Mandikand Shombie Brownon their fab and funky podcast show SpaceTime Mind. Here she starts the ball rolling on truth and knowability, modal realism, temporalism and propositional content, the phenomenology of mind, ignorance and vagueness, synethesia and representationalism, perception, Russellian monism and mentons, romantic love and finally women in the philosophical academy. So much to do, so little time...

Berit Brogaard:Unlike most philosophers I know, I didn't start out as one. I began in neuroscience. I then went onto cognitive linguistics, finished my course work in this discipline and then switched to philosophy at the dissertation stage. I simply realized that I was more interested (at the time) in theoretical issues than in empirical testing. Now I do a bit of the latter as well.

3:AM:You’re a philosopher who broods on a wide range of areas, from philosophy of mind to logic, language, epistemology and metaphysics. So let’s start with your work on how to best think about truth and knowability. You’ve written about Fitch’s paradox and criticized fictionalism and ersatzism and anti-realist positions. Could you first sketch what the claims are in this domain and what’s at stake?

BB:Fitch's paradox, also known as the "Knowability Paradox," is an argument that aims to show that if all truths are knowable, then all truths are known. With the exception of Timothy Williamson, most philosophers (who have considered the issue) have found this very puzzling.

The claim that all truths are knowable is one dimension of anti-realism about truth. I wouldn't say I am opposed to that position. I am certainly more favorably inclined toward pragmatist notions of truth than genuine realist positions.

3:AM:So are you that rare creature, a genuine modal realist?

BB:Hmmm, I may be at some point in the future but it wouldn't be for metaphysical reasons, it would be for arguments provided by physicists. Setting that aside, no, I am currently favorably inclined toward certain ersatz views of modality, but not all of them work. I am also becoming increasingly interested in my colleague Amie Thomasson'sneo-conventionalist view. 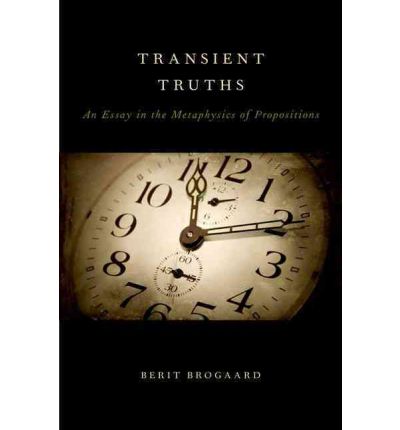 3:AM:You’ve written a whole bookdefending the temporalism position regarding propositions. To non-philosophers this might be a baffling thing to do. So what is this position, what’s it up against and why’s it important? Is Frege’s eternalist position its main rival?

BB:Yes, I'd say that Frege's eternalist position is the main rival to temporalism. More recently, Mark Richard at Harvard University has provided several compelling arguments against temporalism. And for a while it looked like you were indeed a rare creature if you thought temporalism was true. I was surprised to learn that the default position was (semantic) eternalism. Since I felt that there were some overloked reasons to be a temporalist, I decided to provide a lengthy defense of the opposite position (i.e. temporalism). This lead to my book Transient Truthsin 2012.

3:AM:Why is temporalism the best position? What can it do that the rivals can’t?

Temporalists deny that propositional content is time-indexed, so they can bypass this sort of issue. There are, of course, various things the eternalist can say in reply to this sort of simple argument. But hopefully this gives you an idea of what (among many other things) is at stake. 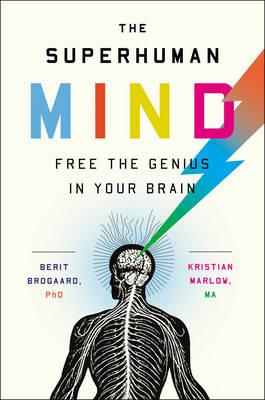 3:AM:How far is your commitment to temporalism emerging from your work on the phenomenologyof mind? Is this empirically informed cognition what the eternalists miss? And more broadly, your work is deeply entrenched in the latest scientific findings and experiments of related fields. Is this link between philosophy and science essential for you? Should philosophers and scientists stop bitching about each other and listen in carefully to what’s going on in both domains?

Now, physicsis not currently taking a stance on the A-theory versus the B-theory of time(some will claim that it does, but it really doesn't, as one can add the metaphysical commitments of the A-theory to current physical theories without there being any disastrous consequences).

3:AM:You’ve discussed the nature of ignorance. One of the things that interested me here was how your approach to ignorance impacted on the issue of vagueness and the Sorites Paradox. Could you say something about this. Does your approach have significance for epistemic approaches to this paradox as found in Williamson and Sorensen?

BB:I wouldn't say that there are any direct connections between my work on ignorance and the work of Williamson and Sorensen. Or let me put it this way: my work on ignorance is not taking any firm stance on the issues of vagueness. Rather, I have used some of the work done on vagueness to argue for a particular view of ignorance. With respect to vagueness, I am probably still of the belief that the positions defended by Williamsonand Sorensenhave some problems, the main one being that they rub you (and your common sense) the wrong way. 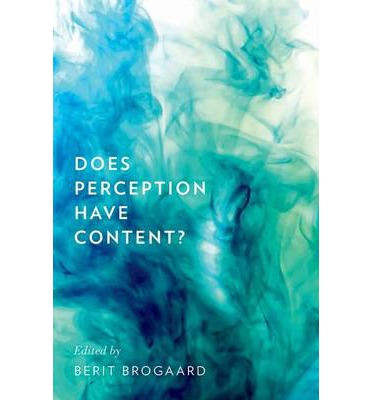 3:AM:Turning to your work on philosophy of mindyou’ve worked on various aspects of synethesia. Can you introduce us to the main issues that interest philosophers about this phenomenon?

BB:Synesthesia is an unusual binding of different senses or sensory streams. For instance, there are synesthetes who hear colors. This is likely due to a failure to prune away direct connections between the color areas and the sound areas of our brains (during childhood or adolescence). There are many philosophical debates that can benefit from some of the insights deriving from synesthesia research. One is that of whether phenomenal properties can be fully reduced to representational properties. I have argued that empirical research within the area of synesthesia indicates that they cannot.

BB:One question I have been interested in is this: are the debates about whether experience is cognitively penetrable and the debate about whether the content of experience contains high-level properties (e.g., being a corkscrew or being a tiger) in fact unrelated? Together with my co-author Bartek Chomanski I have argued that the debates are indeed unrelated. This goes against a common assumption that if there are high-level properties in the content of perception, then this has to be the result of cognitive penetration.

3:AM:You’ve asked whether perception is cognitively penetrable, about whether it has content, and you’ve been careful to ensure that your philosophizing is informed by the cutting edge of science in this area – not just synesthesia but also blindsight experiments, temporal illusions, . So where are we at the moment regarding the philosophy of perception – what’s the approach you think is most promising?

BB:I think we philosophers should continue to come up with theories and provide philosophical arguments for and against them. But I also think it is a mistake to completely ignore what people are doing in psychology and neuroscience. So, the arguments we provide for or against theories in philosophy of mind should be empirically informed (in my opinion).

3:AM:This extends to issues about the nature of consciousness and you’ve written about mentons, physicalism, panpsychism and missing links. Again, can you guide us to the geography of all this and say which you think your best bet is for how to solve the hard problem? Do you think Chalmers is right to say that there’s something missing in physicalist approaches to consciousness or are the likes of Andy Clark or Daniel Dennettright to dismiss his worries?

BB:I have leanings in the direction of Russellian monism, which is the view that physical theories provide us with insight into the relational properties of fundamental entities but not their inner substance, so to speak. This is a view David Chalmers has entertained (in fact, already in his dissertation/1996 book).

That said, I am not a fan of the view that consciousness is simply strongly emergent from microphysical properties. I understand why some people find this view mysterious.

I am tempted to think that physics eventually will provide us with an explanation of consciousness(so this is not a version of Russellian monism) but that the explanation is going to involve positing new entities (e.g., mentons) at the fundamental level of reality. But I should add that philosophers are not the only ones to come up with these kinds of speculative ideas. In his latest book Consciousness: Confessions of a Romantic Reductionistneuroscientist Christof Koch argues for a similar view. 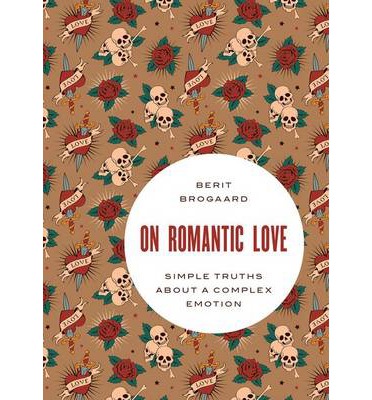 3:AM:You’ve written about romantic love and say it’s the most forceful of our emotions, quoting with approval Lao Tzu who says that it’s ‘… the strongest, because it attacks simultaneously the head, the heart and the senses.’ You want to rebut those who say that it’s not real. Can you sketch out what drew you to this subject and what the landscape looks like for a philosopher?

BB:This is a classical philosophical topic, and while neuroscientists and psychologists have much to add, I am of the belief that this is one of the few areas left where philosophers have a clear advantage and can make genuine progress. What really drew me to this topic was my interest in the emotions. Add to that my bewilderment upon witnessing the puzzling tendency in the popular literature to focus either on the 'feelings' involved in love or the brain chemicals and neural correlates underlying them.

3:AM:Are there techniques for controlling this emotion? Can we be like Spock and stop romantic love in its tracks, even if it sneaks in subconsciously?

BB:In my book On Romantic LoveI argue that there are ways to stop it in its tracks. It's not as easy as raising your hand but it can be done by employing quite well known therapeutic techniques combined with what we know about the brain. I also argue that we sometimes ought to control our emotions, including our loving affections.

3:AM:You’re a white woman working in a discipline that is very male and white. Much has been written about this state of affairs. As a top philosopher, how do approach this and what can be done or is being done?

BB:Wow, this is a super-hard question. I think we need to hire more women, who can then inspire more women to major in philosophy. We can also make sure that we are aware that we all have unconscious biases against women and other minorities when we make important decisions in philosophy (this includes hiring decisions and invitations to various events and volumes).

3:AM:And finally, are there five books that you could recommend that will take us further into your philosophical world?

BB:I ought to mention a thousand books. So, my choice of five is going to be deeply biased. To avoid too much bias I am going to mention some (non-philosophy) books which may be less well known to philosophers but which may shed some light on a lot of the issues that you mentioned above. The theses in some of these books are rather radical. But here we go:

1. Firestone, S. (1970). The Dialectic of Sex: The Case for Feminist Revolution, William Morrow and Company.

5. Doidge, N. (2015). The Brain's Way of Healing: Remarkable Discoveries and Recoveries from the Frontiers of Neuroplasticity, Viking Press. 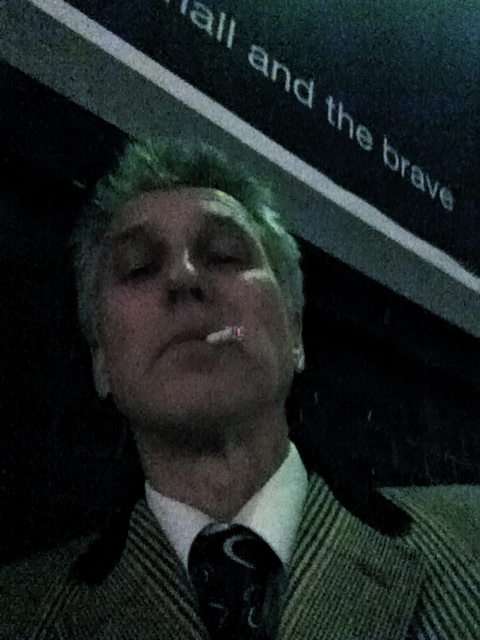