The Return to Unbroken Experience: Phenomenology as Historical Criticism 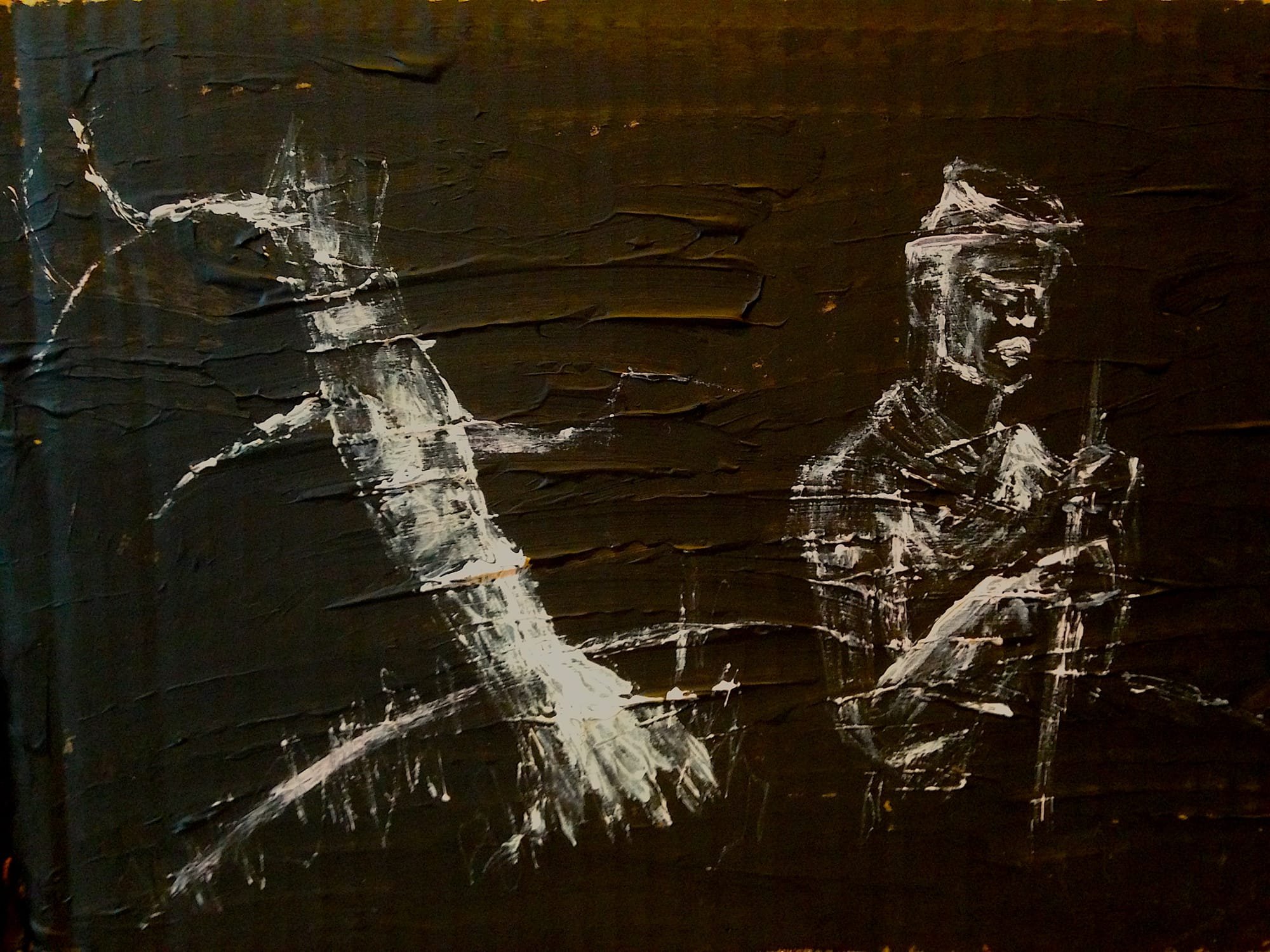 Times of crisis invite us to move humbly from the knowledge we have toward an attention to the dynamic transformations of the sense of our life. This critical movement is at the core of the late elaborations of Edmund Husserl’s phenomenology. In the series of articles he wrote in 1923-1924 for the Japanese journal  Kaizo , Husserl conceives of historical crisis as a chance to renew one’s life in times of loss and misery. Against the background of the post-war depression of his time, the renewal is understood both as a call (Ruf) and as a promise of freedom, made possible through a self-questioning process that ultimately grounds ethical responsibility in a community (Hua XXVII, 44-55). The founding community plays the role of a wider form of subjectivity in which individual reflection and action is anchored and made meaningful. In this phenomenological community, ethical autonomy can only be accomplished together with others, in view of an increased freedom of everyone.[1]

Rather than showing up magically in our lives, the renewal of the meaning of our life is the result of continued efforts of clarification, as part of a struggle for a “new life” made possible by phenomenology understood as “radical philosophy” (Hua XXVII, 108). The awakening of past forms of life is the condition of possibility for the renewal of one’s present life, as present and past are fused in the same “historical world” that needs reconfiguration. Husserl calls for a philosophical criticism that revisits the past, re-elaborating its meaning for the present time.[2] While in his earlier work Husserl defines the past as a modification of the present, grounding it in the actual intentionality of consciousness, in the Kaizoarticles the renewal of the present itself is made possible by awakening past forms of life. The reason for this temporal switch is likely found in Husserl’s interest in the passive syntheses of association and in the polysemic transformations of experience that they allow (Richir 1996, 41). The past that needs to be brought back to life is a space of resonance that contributes to the historical formation of sense (Sinnbildung), and therefore a source of liveliness for the actuality of the present.

On the basis of Maurice Merleau-Ponty’s elaborations on passivity (Merleau-Ponty 1968), Marc Richir interprets the formation of sense as related to an intermittent adherence to our own experience that defines our humanity (Richir 2014, 163).This impossibility to continuously coincide with ourselves in a fix identity is reflected in the irreducible gap between the present institution of meaning (Sinnstiftung) and its historical formation (Sinnbildung) (Richir 1996, 25). Rather than simply corresponding to the difference between what is effectively meaningful in the present on the one hand, and the remote passive stages of sense on the other, this gap is reflected in the spacing between an image of meaning (Sinngebilde ) fixed in the present and its unstable and transformative historical effectuation (Sinnleistung ) (Richir 1988).

Therefore, the actual significance of experience appears to be partial and narrow in contrast with the wider passive elaboration of sense happening in its background. From this perspective, every actual meaning is the source of a “coherent deformation” of the sense that is historically elaborated in the depths of our passive life, “cutting it and gathering it from the standpoint of the idea under which it has been presently determined” (Richir 1990, 229). Phenomenological clarification has to work against this active deformation, plunging in the deep waters of passivity where historical sense is sedimented. Here Richir joins Jan Patočka, for whom the task of phenomenological method is to bring us back from a conceptual deformation of the lived sense of our life to the level of an “unbroken experience” (Patočka 2019, 85).

The historical perspective Husserl adopts in the Crisis of the European Sciences,  almost a decade after the Kaizo articles, is an attempt to recognize the importance of this passive background for the formation of every instituted sense, and therefore for the understanding of its past and present crisis. Here, Husserl undertakes a critique that proceeds through  historical leaps :

The understanding of the beginning is to be gained fully only by starting with science as given in its present-day form, looking back at its development. But in the absence of an understanding of the beginnings the development is mute as a development of meaning. Thus we have no other choice than to proceed forward and backward in a zigzag pattern; the one must help the other in an interplay. Relative clarification on one side brings some elucidation on the other, which in turn casts light back on the former. (Husserl 1970, 58)

Phenomenology can be defined as an investigation of “the crisis of humanity down to its first origins” (Patočka 2019, 107) only by adopting a movement that goes from active grasp to passive sedimentations of meaning. Yet, the awakening of past forms of life cannot operate univocally from present to past. Rather, it is a back and forth dynamic that takes into consideration the continuous transformation of the meaning of our experience while we seek to stabilize an actual understanding of it. Therefore, the meaning of our present life is conditioned by the historical modification of its sense in the passive grounds of our experience.

How is the past lost in the mist of oblivion brought back to life? How is it possible for an experience that has been broken and deformed to be reconstructed as a whole? How is access to “unbroken experience” made possible? These questions surely outline a task that is not only phenomenological, but also deeply ethical: that of awakening ourselves to the historical formation of the meaning of our life that offers us the chance to freely reconnect to ourselves and to all the others.

[2]  “A new life (…) requires a reconfiguration of this living present partially through its critique, partially through the critique of the past itself, which can require a new awakening in its past forms that are not efficient anymore in their original shape (…).” (Hua XXVII, 107)

[3] Husserl writes that these zigzag leaps are necessary for “the task of self-reflection which grows out of the ‘breakdown’ situation of our time” (Ibid.) 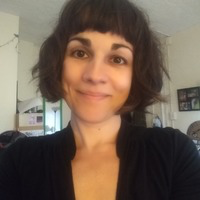 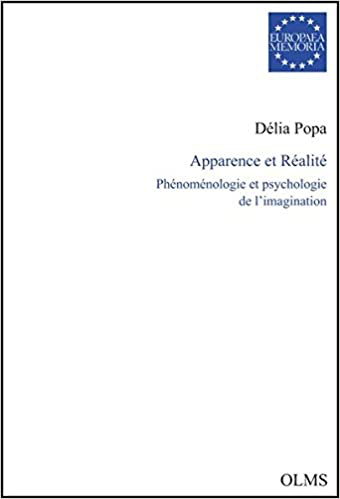 She is the author of Apparence et réalité. Phénoménologie et psychologie de l’imagination  (Olms, 2012) and co-editor of Person, Community and Identity  (2003), 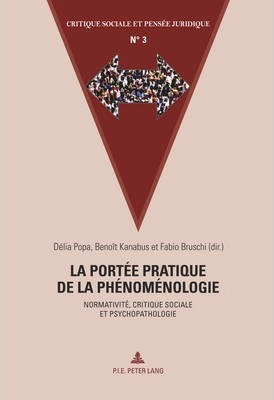 She is currently working on several projects on the problem of being stranger to a community, on imagination and on social responsibility. She lives in Philadelphia, Pennsylvania.