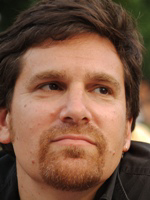 Scott Bermanis a wired Ancient philosopher who thinks Platonic metaphysics is naturalistic, relevant and less cluttered than alternatives. He thinks the fact that science is possible proves Plato was right. He worries that contemporary metaphysics is needlessly hampered by mistakes medieval philosophers made and he wants to stop this. He makes Platonic Forms funky. He doesn’t think propositions exist. He thinks physicists should stop being grumpy about philosophy. He thinks philosophic work is vital not esoteric. He is making the crazy Ancient Greeks cutting edge all over again. This makes him a groove sensation.

3:AM:What made you become a philosopher? Was it something that surprised you?

SB:What directed me to becoming a philosopher were friends asking me the right questions at the right time. When I was 19, I was walking along a beach with a friend and he suggested that I take a philosophy course at Tulane University (in New Orleans), where I was a student. I replied “Philosophy? What a waste of time! Asking a bunch of questions that have no answers?” having never had a class in philosophy or even read any philosophy. “Besides,” I said, “don’t you have to have some ideas to do philosophy? I don’t have any of those.” He then proceeded to tell me, as we walked along the beach, about all of the ideas I had but did not recognize as such. I was moved. So I took a course and absolutely loved it. In fact, it was the only thing I had ever done which I was good at and also enjoyed. So, when I went to the University of Newcastle-upon-Tyne for my Junior Year Abroad, I did philosophy withJane Healand Geoff Midgeleyand others and was hooked. I loved it.

At some point, my girlfriend (now wife) suggested I think about becoming a professor of philosophy. I hadn’t even thought about a career in philosophy. But she reminded me that our favorite professors were ones who loved their subject matters and I clearly loved philosophy. And since so many people get turned off of philosophy by their first, often bad, experience, that perhaps I could give people a good experience? It made perfect sense to me and I decided there and then to make a career of it. Was my becoming a philosopher surprising? Yes, indeed! It would have been hard to predict – even by me – from my life up to that point that I would pursue an intellectual life. But the research and teaching activities of a professional philosopher have been deeply satisfying for me and, I hope, for those with whom I have had the pleasure to engage philosophically. 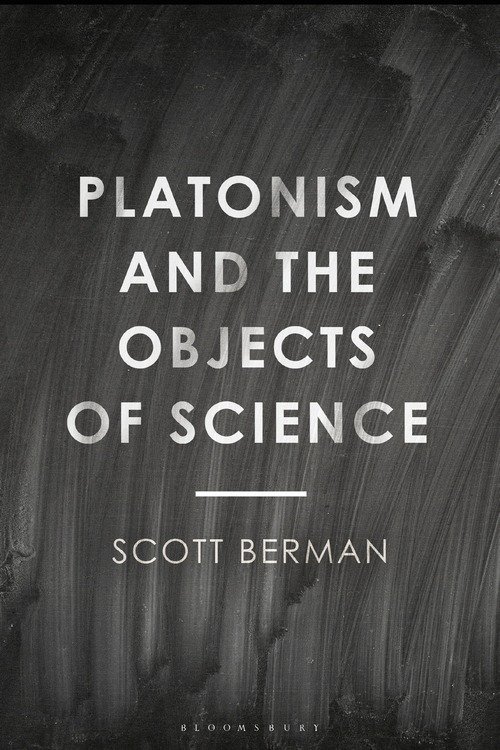 SB:My first interests were in applied ethics. My interest in ancient philosophy stemmed from what I thought, though not clearly, that somehow the ancients had a better handle on how to approach ethical issues than my contemporaries. Again, without really being very aware of what I was doing, I assumed the smart people thinking about important issues involving the human condition could be useful to engage with no matter when they were alive. I now realize that I was reacting to the pervasive Kantianway ethics is framed nowadays, even when reading Plato and Aristotle. The non-Kantian way of approaching ethics found in ancient philosophy struck me as the right way to frame the issues and to solve them.

3:AM:You are a Platonist aren’t you? Interestingly, this is for you a position completely consistent with a thorough contemporary scientific naturalistic metaphysics. Can you explain how? 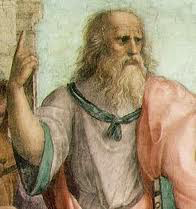 SB:Yes, I am a Platonist. It is frustrating that this seems to most to be a non-naturalistic position since Plato took himself to be arguing that unless his view is right, science is not possible. The fact that we do have science now is confirmation that Plato was right, or so I think anyway. He thought that unless there exist things that can never change, there can’t be objects that are stable enough for knowledge, i.e., science. And so, he argued against Nominalism, that is, the idea that all that exists are spatiotemporal things, and Constructivism, that is, the idea that the measures or criteria of what things are can change. He argued that if there exist non-spatiotemporal things, then such things could be the objects of science and hence that science is possible. Laws of natures, for example, would be non-spatiotemporal things according to Plato and so aren’t located anywhere (because they are non-spatial) and can’t change (because they are non-temporal). That’s the sort of Platonist I am. If there truly is a science of some subject matter, then there has to be a non-spatiotemporal thing which is the measure of that subject matter. The caricature we have of Plato as being hostile to science comes from a misreading of the Cave Allegory and the surrounding passages, but it is a caricature nonetheless. 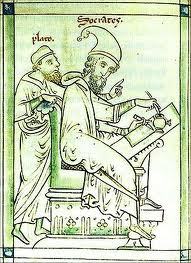 So, we shouldn’t ask: “what is the thing here-now really or fundamentally or essentially?” Instead, we should ask: “what things-relative-to-F are here-now?” and since whether some region of spacetime is an F or not depends on the scale, there can be many full-fledged things existing in the same region of spacetime, just at different scales. They all really exist equally. But given the sorts of things they are, they can only exist at specific scales. People can only exist at a scale much larger than the scale at which particles exist but much smaller than the scale at which solar systems exist. But people are no less or more real than particles or solar systems. 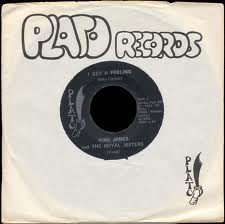 3:AM:Does it follow from your view that if a being can’t access certain scales, a whole bunch of ontology is also inaccessible? So if there are Aliens, say, and they work on a different scale i.e. huge speed or size or something, then will they be able to know about us. And vice versa?

SB:Depends on what accessibility is. Since I think that we achieve knowledge, i.e., scientific knowledge, as a result of (not exclusively deductive) reasoning about our experiences, we come to be in a direct cognitive relation with the non-spatiotemporal things, which are the objects of scientific knowledge. Since I think we can and have successfully reasoned our way to the discoveries of the non-spatiotemporal natures of spatiotemporal things not yet experienced, I think that the Aliens could come to know of things like us. Could they experience us? If the scientific tools we have for detecting things which exists at different scales than the scale at which we exist count as accessing them, then I would say that these Aliens could indeed have access to us even if they existed at a different scale. Depends on how clever they are at devising the tools for doing so.

3:AM:How do you handle possibletruth? Can you give an example to illustrate your idea. You reduce them to non-modal Platonic Forms don’t you? 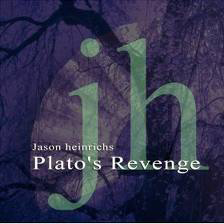 3:AM:You disagree with philosophers who think propositions have truth values don’t you? You link this with your ideas about truth makers having to be Platonic naturalistic spatio-temporal entities? You deny brute modal things. Is this right? Why do you argue this and why is this important?

SB:I have been convinced that there do not exist propositions, which are typically taken to be the bearers of truth and falsity. The ultimate reason for doubting the existence of such things is that the explanatory benefits of believing in them is not worth their ontological costs. In their place, I argue that truths are not propositions related to reality in some way but the things in reality themselves, both spatiotemporal and non-spatiotemporal. I then argue that the non-spatiotemporal things are the identity truthmakersfor all truths, both spatiotemporal and non-spatiotemporal. Yes, I deny that there exist brutely modal things because again, the explanatory benefits of believing in them are not worth their ontological costs. To believe in my possibly standing in addition to my actually sitting seems not worth it if we can successfully explain modal truths away in terms of non-modal truths, specifically, the non-modal relations between the nature of standing and the nature of being human. 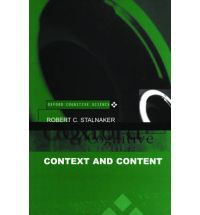 3AM:You also disagree with Plantinga and Stalnakerbecause they have too many abstract things. You think that their views compromise naturalism in a way your Platonic view doesn’t. Presumably they’d argue that without their abstracts you can’t explain enough, but you disagree. Can you say why you think they underestimate the explanatory power of your Platonic forms?

3:AM:Plantingaalso wants things to have essences. Why are essences not required?

SB:Believing in essences for spatiotemporal things are explanatorily idle. At least in science and as science is our best attempt at explaining the world, I’m going to go with what is needed for science as a constraint. 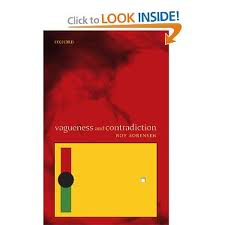 3:AM:Some contemporary physicists have recently been grumpyabout philosophy and said they can answer the philosophical questions without them. So why should we take notice of philosophers like yourself?

So, yes, physicists are the go-to people when we want the kinds of explanations they offer. But a completed physics will not explain all the truths. For example, it might be able to explain all of the locations and velocities of particles but it will leave out all of the truths that have to do with, for example, how to grow food. A different science is required for that. Should physicists listen to what I have to say about their specialized subject matter? Only if they think that physics does not explain everything there is to explain or if they wonder how to think about what it is they have discovered. So, for example, some physicists might care about more than discovering the laws of nature. They might also care about discovering what a law of nature is. Philosophy seeks to discover an answer for this also. 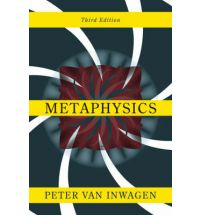 3:AM:Peter van Inwagenseems to find no contradiction (although plenty of mystery) in assuming a thorough scientific world view and commitments to religious belief. Some contemporary physicists find mystical resonance in their quantum mechanics. Do you think metaphysicalenquiry makes brute arguments from science to theology more or less reasonable?

3:AM:I think you said in a book review that people generally should be encouraged to question their own metaphysical beliefs. So you don’t think what you are engaged in doing as a philosopher should be viewed as esoteric but vital. Can you explain why?

3:AM:So are there books, films, music that outside of your professional work have been enlightening?

3:AM:And finally, are there five books you could recommend to the metaphysicians here at 3ammagine that will take them further into this important realm of enquiry?

SB:Terry Penner’s The Ascent from Nominalism
James Ladyman and Don Ross’s Every Thing Must Go
Robert Batterman’s The Devil in the Details
Alexander Bird’s Nature’s Metaphysics
Plato’s “Theaetetus” and “Sophist” 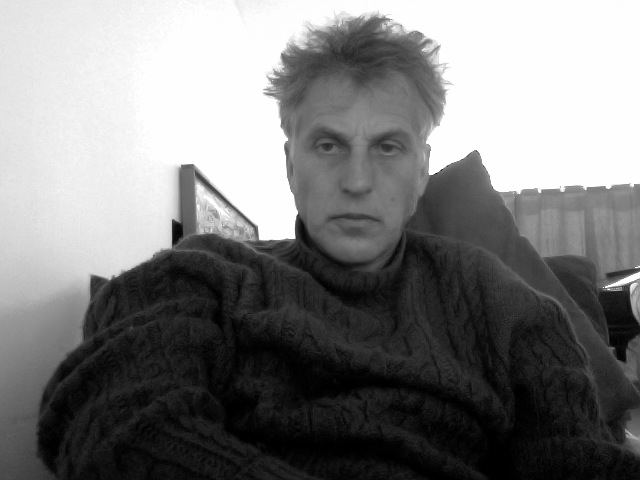