The Beyond of Philosophy 2

1. The philosophical literature presents widely different opinions about whether language describes, reflects, depicts, determines, forms, or even constitutes and constructs the world (reality, objects, states of affairs, the facts).

2. The most influential dogma of contemporary philosophy of language and knowledge is the presupposition (1) that there are objects distinct from language (though it is, of course, disputed whether these objects are described, reflected, depicted, determined, formed, constituted or constructed by language and what is or should be viewed as an object); and (2) that we (can) speak about these objects with/in language.

[Three examples: “The existence of a common, independent world is a precondition of the very intelligibility of discourse itself” (D. W. Hamlyn, Theory of Knowledge [Garden City, NY: Anchor Books, 1970], 178); “The very notion of knowledge requires that there be something independently existing, outside knowledge, for knowledge to be knowledge of, and similarly the notion of a language requires that there be something extralinguistic for expressions to refer to” (Ernest Gellner, Words and Things [London: Gollancz, 1959], 129); “The existence of things referred to by at least some of our words is an unavoidable presupposition of any view we might adopt; it is not a matter of controversy” (Israel Scheffler, Science and Subjectivity [Indianapolis: Bobbs-Merrill, 1967], 55).]

4. I shall call any way of speaking and thinking that is committed to this dogma a “Dualizing Speech” because its outstanding characteristic is that it has given rise to the idea of an object different and distinguished from language.

5. In being understood as an integral constituent of our language Dualizing Speech remains beyond the scope of philosophical discussion—or until now it was prevented from even being made accessible to discussion. I try to argue, by contrast, that it is a changeable feature of the philosophy of language and of knowledge, and also that this way of speaking is made possible by a number of admittedly practiced, and perhaps established philosophical principles and convictions. These principles will be subjected to a critique which, although facilitated and promoted by the relativistic positions of Wittgenstein, Quine, Winch, Whorf, Kuhn, and Feyerabend, among others, is nonetheless directed above all against these positions. The following sections will examine how deeply the idea of a reality ‘distinct from language’ remains anchored in the work of these philosophers.

6. In section xi of Part II of the Philosophical Investigations, Ludwig Wittgenstein defends the view that we “see an object according to its interpretation.”The interpretations in accordance with which we see things he calls the “aspects of things.” He tries to show using the example of the aspects of a triangle that we see things as we interpret them.

He thinks that “this triangle

can be seen as a solid, as an arrow, as a geometrical drawing, as a half parallelogram, etc. (Ludwig Wittgenstein, Philosophical Investigations, trans. G. E. M. Anscombe (Oxford; B. Blackwell, 1953), 200.)

Thus, we can say for example:

A sees the triangle as an arrow;

B sees the triangle as a solid;

C sees the triangle as a geometrical drawing.

D sees the geometrical drawing according to an interpretation as an arrow;

E sees the wedge as an arrow;<

F sees a geometrical drawing and interprets it as a half parallelogram.

Let us now consider another example that Wittgenstein wants to use to illustrate the “tangled” concept of seeing: When playing a game, children say of a chest that it is a house and they see the chest as a house. Let us examine the sentence: “The child sees a chest as a house.” (Ibid., 206.)

Before we examine this more closely, I would first like to discuss the duck-rabbit story. (See ibid., 194ff.) 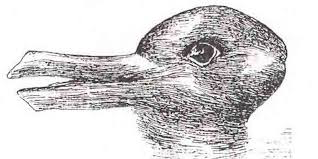 In this way, the ‘observer’ ascribes his own visual-language experience (assuming that the ‘observer’ sees a duck-rabbit and describes this perception with the expression “duck-rabbit”)—in other words, the observer prescribes his visual-language experience to Jack and Jill and they perceive this perception (and its description) and describe it. (After all, according to Wittgenstein, when Jack and Jill say “I see a picture-rabbit” or “I see a picture-duck” they are describing a perception.)

This view of a perception (and description) of a (different) perception (by a different person), this seeing of a seeing, is what underlies the sentence: “Jack sees the duck-rabbit as a picture-rabbit and Jill sees the duck-rabbit as a picture-duck.” Such views are the result (among other things) of the endeavor to arrive at interpretations, perceptions, descriptions, and observations of something, where this  something is not itself supposed to be an interpretation, perception, description, or observation.

NEXT: The Beyond of Philosophy 3 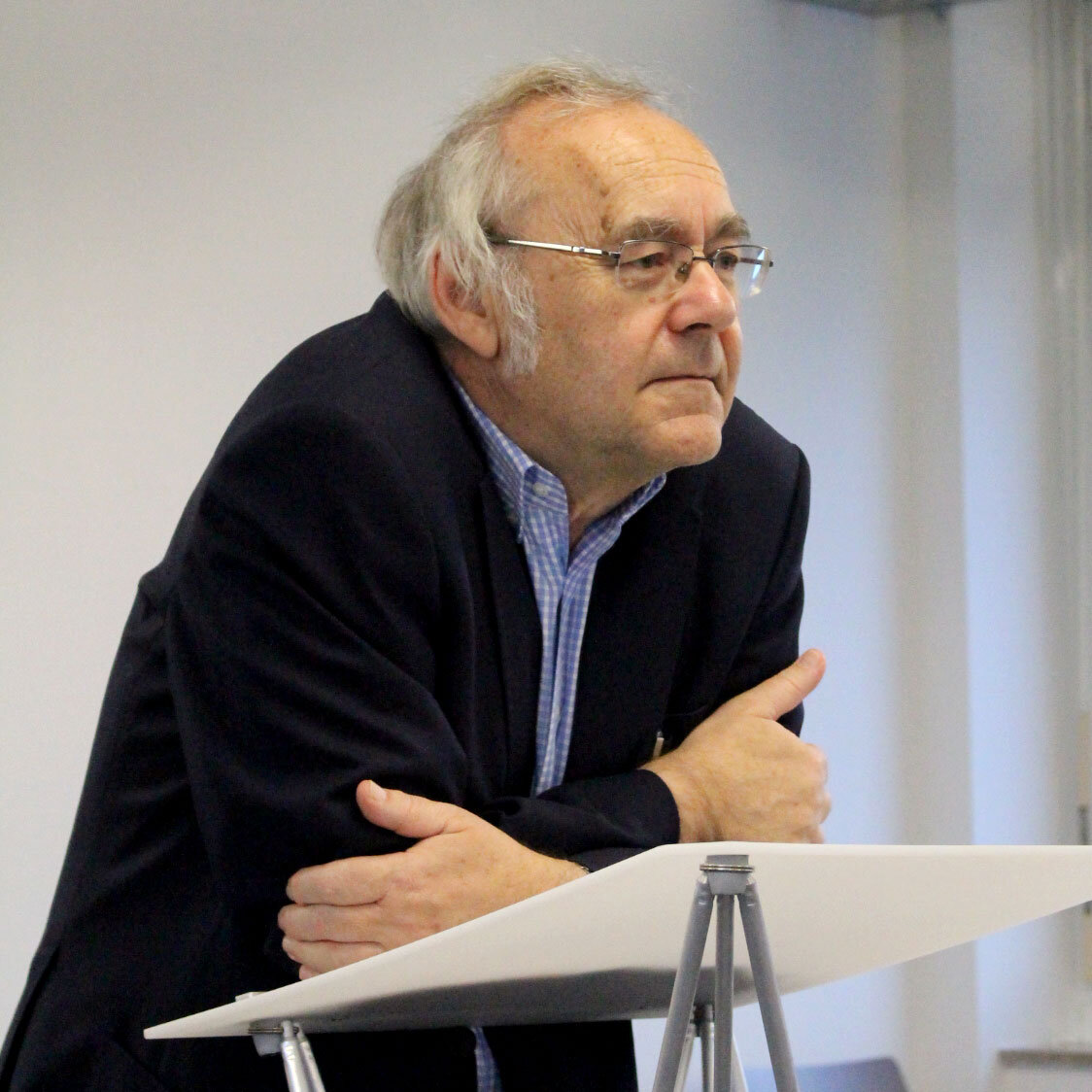