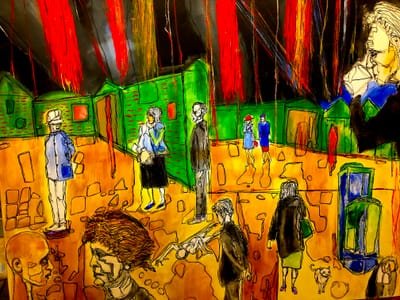 Context is key in reading Rancière. His interventions are always that, interventions, logical revolts in specific contexts. He himself shows great versatility in using the same arguments and the same references differently in different contexts. His whole philosophical practice encourages us to use his ideas pragmatically depending on contexts and the aims we pursue. In France, the embrace of Anglo-American political philosophy in the 1980s corresponded with a concerted attempt to reign in left-wing forces associated more or less closely with Marxism. This was the time when the French Revolution was reinterpreted as a non-event or as a prologue to 20th century totalitarianisms, when people who were Maoists a decade earlier were burning the effigies of their youth. Continuing the End Times series, Richard Marshall interviews Jean-Philippe Deranty