Neither God nor Philosophy 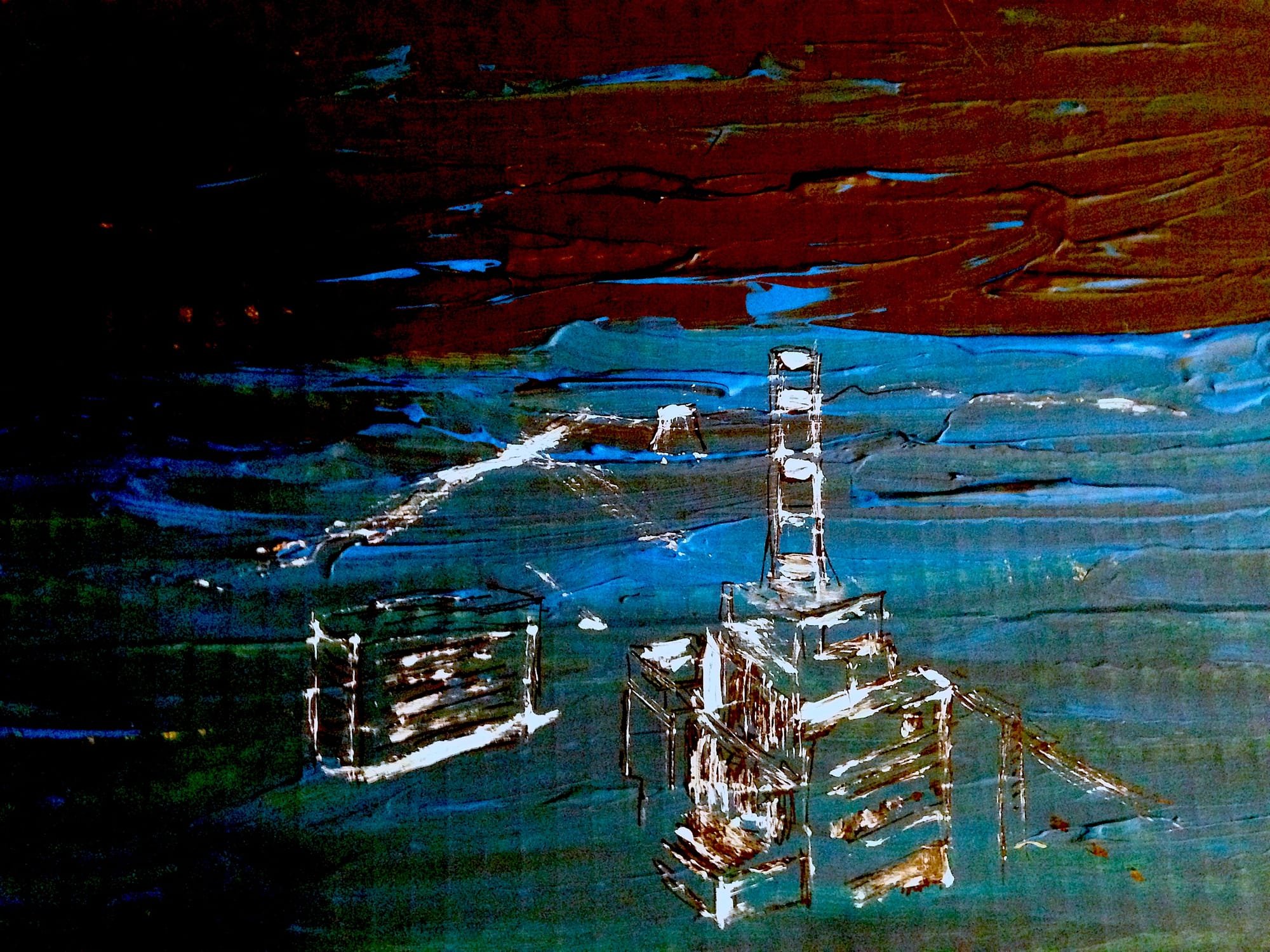 by Daniel A. Kaufman 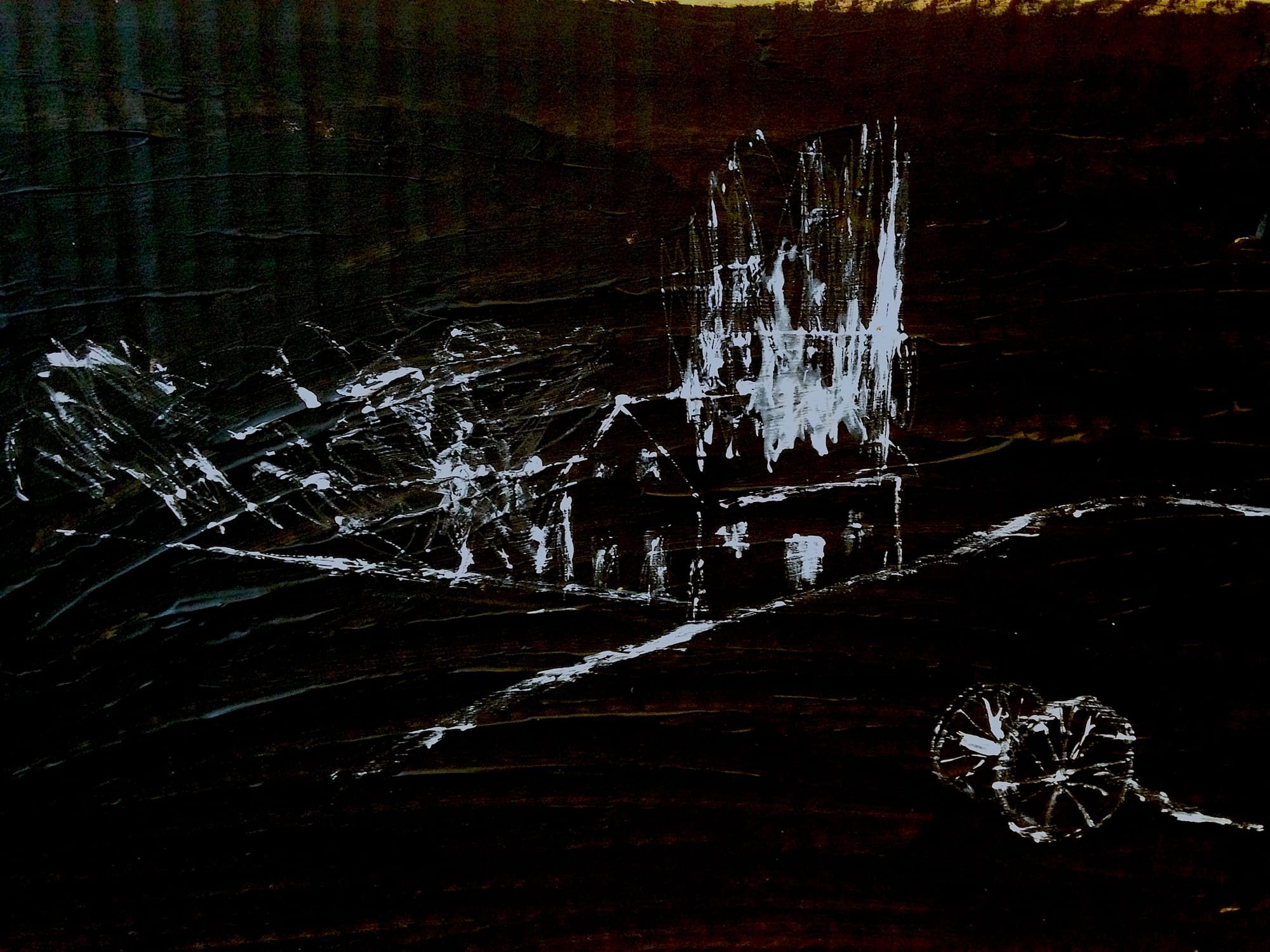 I began college in 1986 as a political science and history double major, with the intention of going to law school. Halfway through, I decided that I disliked political science, and because I had enjoyed the philosophy course I had already taken in order to fulfill one of my general education requirements, I swapped out political science for philosophy, while retaining the history major, as history seemed important no matter what else I studied.

Not much later, I began to think that of all the environments I had previously been in or could imagine being in, none seemed better than the university environment, which is what made me decide to pursue an academic career. At that point, I could have easily gone either way, becoming a history or a philosophy professor, but I decided on philosophy. Not because I thought it was more interesting or more important than history – I didn’t and don’t – but because it was a better fit with my innate strengths and personality. I started a graduate degree program in philosophy at the CUNY Graduate Center in 1991, and eight years later I earned my PhD and took a job teaching at Missouri State University (then Southwest Missouri State), where I remain to this day.

So, I didn’t go into philosophy because I was tormented by existential questions or because I was struggling to find meaning in life, or for any particularly deep or profound reason, and if you’d asked me then what I liked about philosophy, I would have said pretty much what I say when asked about it now: Philosophy takes up a number of interesting, eclectic, perennial, and sometimes deep questions with the aid of a useful, if limited toolset. At its best (and in conjunction with other things), it can help a person become more thoughtful in engaging with his or her humanity and the larger world. And that’s about it.

But let’s talk about existential questions and the meaning of life. One thing that I’ve never understood is why so many people think that these sorts of things are best understood through the belief in and worship of God. Certainly, having been raised in an intact, loving, and culturally Jewish family has played a significant and positive role in confronting the existential challenges I’ve faced and in finding meaning in my life, but the idea that God, per se, would do so has always struck me as strange. If we are talking about the God of the Abrahamic religions, then although he is quite familiar to us – Yahweh is little more than a hyperbolized, exaggerated, super-person – he is far too awful to be of any use in finding meaning in one’s life or assuaging one’s existential fears; sort of like looking to an abusive and murderous Superman for guidance. And yet, if we treat the common characterizations of God that we find in the Abrahamic religions as inadequate, metaphorical efforts to describe a being who is in fact inscrutable, then while being unobjectionable, the entity in question will be too alien to be of any use in addressing what are distinctively human concerns.

What may surprise some readers is that I also have never really understood looking to philosophy to address these dimensions of life. In part, this is because by the time I came to philosophy, I already had a pretty good sense of meaning and purpose in my life and had already gone around the circle of existential dread enough times to have figured out (mostly) what there was to it and what there wasn’t. (There’s less to it than people think.) But it’s also because I never thought that philosophy’s toolset – abstraction, generalization, and logical and linguistic/conceptual analysis – was very well-suited to the examination of real, situated, particular people’s lives.

Let me qualify. I never really thought that. As is common and natural to adolescents and young adults, I was overly impressed by principles and abstractions and black and white thinking and temperamentally inclined to adopt righteous postures which, when combined with an advanced philosophy education, certainly made me look like a person who thought that philosophy provides a good lens through which to understand and evaluate people’s lives. Any clearheaded examination of my actual lifestyle and behavior, however, would have revealed this to be bullshit, something the older version of me came to realize, as I became more invested in the full range of life’s many dimensions; a process that also is both natural and common.

When we speak of the meaning in one’s life, we are talking about the sources of a lasting sense of significance and satisfaction as one’s life is ongoing and at its end. Talk of  the meaning  of life, in contrast, suggests that it is  one thing that applies to everyone and has to do with the significance of one’s life  for something or to someone else . Now, this second notion  might make sense in a world in which nature has purpose built into it and/or in which there are supernatural super-beings who have created everything and everyone for some reason or other, but I don’t understand its application in a world in which there is neither natural purpose nor supernatural, intelligent creation which is the world in which we actually live. Philosophers of antiquity may have spoken easily of “a life worth living” – of eudaimonia – but we must be very careful in importing such a formula into the modern frame of reference. After all, what could the measure or standard of such a thing be today, in the absence of an axiologically thick metaphysics or divine intention and creation?

There are, of course, societal pressures that arise when consensuses form around certain values. A number of people in one’s community agree that X contributes to meaning ina life, and this easily morphs into the idea that X is constitutive of  the meaning  of life, which is then imposed as an expectation that is often backed by social sanction. These consensuses may even be conflated with the will of some alleged God or other, unconsciously or as part of a deliberate effort to dominate and control. Regardless, this fact about us is lamentable and one of the things liberal ideas and institutions are meant to combat.

Once we accept that there are neither teleological forces nor supernatural agents whose respective purposes and aims might objectively define “life worth living,” what we are left with are individual lives that individual people find meaningful in one sense or another and to a greater or a lesser degree. As I have already indicated, meaning in  my life derives to a great extent from family – nothing matters more to me than my parents, wife, and daughter and our relationships with one another – but for someone else, this may not be true or even the opposite may be the case. For a number of people of my acquaintance, meaning in their lives depends heavily on “certified” accomplishment in their chosen profession, but my own sense of fulfilment and flourishing – not to mention my happiness – has required me to leave behind many of these kinds of ambitions. For my friend and colleague, Massimo Pigliucci, with whom (alongside Skye Cleary) I recently edited and published the book, How to Live a Good Life  (Penguin Random House, 2020), the Stoic life of virtue is what makes for a fulfilling, meaningful life, but I’ve never found this way of thinking or being particularly fulfilling, nor has it provided me with any kind of consolation when confronted by tragedy and grief, something I’ve discussed on the occasions in which I’ve recounted my experience of my father’s recent and terrifying hospitalization.[1]

Now, one might derive a kind of generalization from all of this, along the lines of “meaning in one’s life is a function of accomplishing/fulfilling, in some sense, the things one conceives of as the highest goods,” but not only is this too indeterminate to count as a philosophy of any kind, it isn’t something that requires any philosophy to know. Rather, it is the product of common sense in a demystified world. This is why, in the chapter that I contributed to our book, I wrote:

'Philosophies are carefully planned, deliberately constructed, largely intellectual, abstract things, while lives, if lived fully and richly, must often be unplanned, spontaneous, and particular in their focus. I am immediately wary, then, of the idea of a philosophy of life; that a thing like a life can be lived according to a thing like a philosophy.'

'I have provided no inspirational aphorisms; no mantras; no meditation regimens; no exercises to do every morning; no steps to follow of any kind. Of course, this is entirely on purpose. A philosophy just is not the sort of thing that can guide us that specifically. At best, it can provide a general orientation, a basic set of ideas that comprise the barest of frameworks within which to consider what sort of life one should lead. One thing that I like so much about Aristotle is that he understands this and even more importantly, admits it. He neither overstates nor oversells, as so many philosophies of life seem to do. Much of what he tells us requires no formal apparatus to grasp, as it belongs within the realm of common sense.'

One of the things you commonly hear from Christian apologists is that without God, there is no meaning to human life; that without some great, cosmic purpose, there is no purpose; that the smaller, humbler meaning and significance inone’s life that I have been talking about is no meaning or significance at all. This is obviously fallacious. And yet, as we now can see, the traditional philosophical treatments of the subject suffer essentially the same defect. Rather than God providing the measure of human flourishing, it is some abstract conception of perfection or other – the rational virtue and absolute equanimity of the Stoic Sage; the calm, unburdened emotional equilibrium of the Epicurean; etc. – tied to some abstract conception not just of nature but of humannature. And the result is the same: a generalized, homogenized, flattened, ultimately unreal conception of human lives and human goods.

Finally, regarding existential dread – most commonly experienced and expressed as a fear of death – I don’t see how it can be disentangled from the question of whether one has found meaning in one’s life. That one has succeeded in doing so (or not) will determine whether or not one is satisfied with the life one has led, which in turn will have a lot to do with whether one can accept its end. There is, of course, the inchoate horror at the thought of anythingone cares about coming to an end – something I have struggled with since the days of my childhood playdates (which almost always ended in tantrums as a result) – but the notion that there is a “solution” to this sort of instinctive, primitive dread from anyquarter or that it is even a problem to be solved in the first place seems to me a mistake. In even the best, healthiest, most measured and composed of lives, there will be negative realities that cannot be banished by way of ratiocination or rationalization (and certainly not by way of the supernatural) and must simply be endured. And not only do the formulas that one finds in Stoic, Epicurean, and other philosophies on this front – “It’s not rational to fear death, because you won’t be there!” and all that sort of thing – not change that fact, their manifest glibness confirms it. 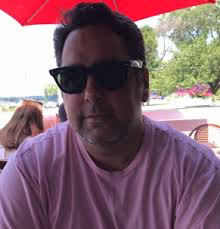 Daniel A. Kaufman is Professor of Philosophy at Missouri State University and Founder and Editor of The Electric Agora, an online Magazine devoted to the intersection of philosophy and popular and political culture. He also hosts the Sophia Program on MeaningofLife.TV, part of the BloggingHeads.TV network.