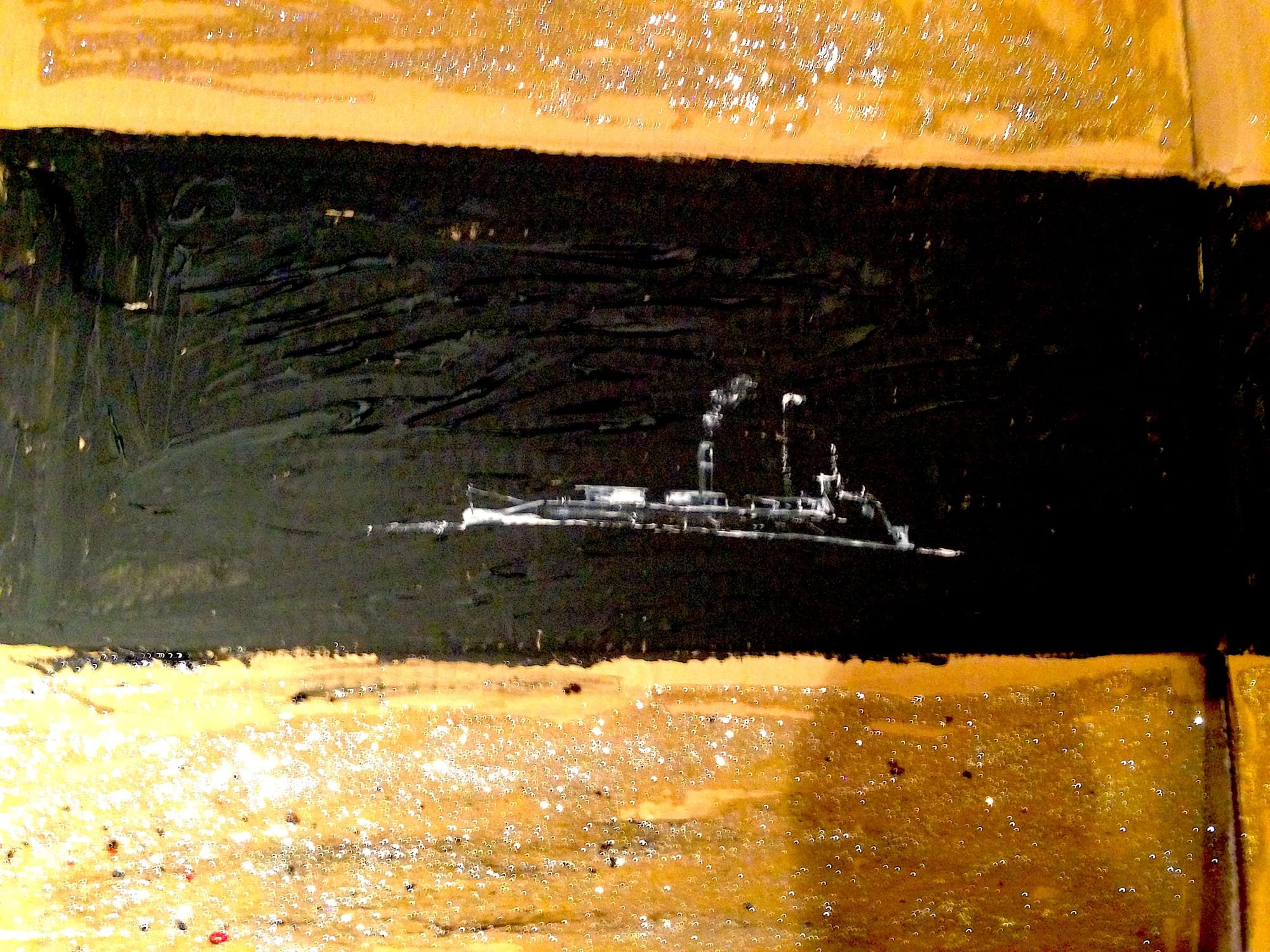 A curious feature of one of Nietzsche’s most famous aphorisms – § 125 of The Gay Science– is his noting that the audience, upon whom the madman descends and delivers the “news” of the death of God, already “did not believe in God.” This would appear to make the madman’s arrival belated, and yet at the end of the passage – after stunning his audience into silence – he declares that he has come “too soon.” How are we to understand this?

Here is one – admittedly cartoonish – way of understanding the interplay between the madman and his audience. Consider a standard trope or gag of actual cartoons (I have in mind especially Warner Brothers cartoons, such as those featuring Bugs, Daffy, and Elmer, and, later, the Roadrunner and Wile E. Coyote): a character, usually chasing another character, runs off the edge of the cliff, but rather than falling immediately, continues on as though still on solid ground. The character may even stop and stand unsupported for a few moments, as and until the reality of their situation dawns upon them. At that point, their freefall irreversibly begins. The members of Nietzsche’s audience of unbelievers are like those hapless characters, still complacently running along as though on solid ground, while the madman occupies the position of the cartoon’s audience. What drives him mad is this state of suspended animation: his audience’s failure to appreciate the gravity of their situation, as well as the impact their eventual realization will have. While cartoonish, this understanding of the madman has its serious adherents. Dostoyevsky – or at least some of his characters in The Brothers Karamazov – shares the madman’s alarm: “Without God and the future life? It means everything is permitted now, one can do anything” (although Ivan seems to restrict this to the “intelligent” – or shall we say, wily? – person). And this remark from Dostoyevsky was taken seriously enough within the existentialist tradition to resurface in the work of many of the major figures associated with it, including Sartre, Beauvoir, and Camus.

Robert Pippin has argued that we should not identify the madman with Nietzsche or with Nietzsche’s considered views.[1] He is a character that represents an overly melodramatic reaction to historical developments, framing them as an implausible but psychically fascinating ritual of murder and guilt. Pippin’s take on the madman – and his distance from Nietzsche – is bolstered by the abrupt shift from the drama of § 125 to the terse dismissal of “mystical explanations” in § 126: “Mystical explanations are considered deep; the truth is, they are not even shallow.” I want to suggest here that we see the madman as a  transitional figure, a moment in a dialectic that eventually moves beyond his histrionics. What moves things forward is the realization that the madman’s madness – his vision of freefall – is predicated on his attachment to the picture of our having once stood on a kind of ground – call it  metaphysical ground  – that no longer supports us. But there never was such a ground, and so there is no height from which we will now plummet. As Nietzsche remarks elsewhere, “with the real world, we have also abolished the apparent world.”

The dialectic I am sketching is enacted in its entirety within the space of Sartre’s famous  Existentialism is a Humanism. Sartre there cites Dostoyevsky’s dictum approvingly, noting how the existentialist finds it very “distressing” that God does not exist. What is distressing is the loss of “eternal values” upon which we can rely in guiding our lives. But by the end of the essay, Sartre has overcome at least that form of distress, talked himself down off the cliff: in the closing paragraph, he almost breezily declares that “that even if God were to exist, it would make no difference.” How could that be? Sartre’s insight here might be put like this: even if God exists and there are “eternal values,” it still falls upon us to determine what they are. History is replete with numerous and bitterly conflicting accounts of what those values are. What does the work of driving history along is thus our feeling of  need for such eternal values and various groups have sought to fulfill that need with various  conceptions  of what those values might be. Those needs and conceptions have been doing all the work, rather than any such values in and of themselves (assuming there are any). Whether one of those conceptions is  really in accord with the actual eternal values is an idle question, and so it does not matter whether there are indeed any. Look at it this way: suppose you ask me what is morally or ethically permissible and I reply that morally permissible actions are those whose performance triggers a green light in Plato’s heaven, while impermissible actions trigger a red light. The natural follow-up to this bit of wisdom is to ask how we know when the green light rather than the red light has been triggered. As Wittgenstein complains about the imagery of a rule’s meaning as tracing “lines … to be followed through the whole of space”: “But if something of this sort really were the case, how would it help me?” My red and green lights are about as helpful as saying that the number I should write down is the one that accords with what appears next on the “rail to infinity.”[2] Hence Sartre’s realization that there really being such “lights” makes no difference. Or as Cavell puts it, remarking on Nietzsche, “With the realm of existence held to be below the human, as with the realm above the human, the judgment, and the judgment of our judgment, of our relation to its inhabitants, falls entirely upon us.”[3] The point here is not that we should toughen up and learn to live without eternal values, but to see that nothing of that sort can satisfy the needs that set us to hanker after them. We should therefore be more suspicious of those needs, as they express a desire to evade a task that “falls entirely upon us.”

The declaration that without God, “everything is permitted,” should thus be met with the question, “Permitted by whom?” Whether something is permitted or not depends not on some cosmic police officer – the pumping of some metaphysical brakes – but of what we decide to allow and prevent. Wittgenstein’s reminders about the ways that following a rule is a practice is a similar expression of our being “thrown back,” or returned to a de-mythologized sense of what we do. Notice that seeing this return as meaning that “everything is permitted,” i.e. that anyone can write down whatever number they please, is either trivial (of course people  can write down whatever they please) or hysterical (we do all sorts of things – starting with children at a very young age – to ensure that people do not just write down whatever they please (or, to put it differently, to ensure that people are pleased to write down the same things at the same point in the expansion of the series (and see them as the same)). In short, our  caring about sums is enough, even if it is not any kind of  guarantee .

Within the economy of Warner Brothers cartoons, there are characters – usually the heroes – who avoid their nemeses’ freefall, who continue on what we perceive to be thin air after leaving what we perceive to be the cliff.  These characters are Nietzsche’s heroes:  they are not the complacent audience the madman addresses in frustration, nor the madman still enthralled by illusions of calamity.  They are beyondthe madman, thereby confronting the real distress that we are, in Sartre’s words, “alone, without excuses.”[4]

[1] See Robert Pippin, “Love and Death in Nietzsche,” in  Religion after Metaphysics, ed. M. A. Wrathall, Cambridge University Press, 2003. While I note here Pippin’s disinclination to identify the madman with Nietzsche, what I go on to say is not meant to be a rehearsal of his views.

[2] The astute reader will no doubt wonder what such lights lighting up have to do with morality anyway, as such lights lighting up do not help us to understand why just  these actions are permissible and those are not. In the spirit of Plato’s Euthyphro, we might ask: Does the green light light up because this action is morally permissible or is this action morally permissible because the green light lights up? Maybe it’s best to stop worrying about the lights and look more closely at what we are doing.

[3] See Cavell, “The Touch of Words,” in  Seeing Wittgenstein Anew, ed. W. Day and V. Krebs, Cambridge University Press, 2010. There, Cavell characterizes Nietzsche’s ambition as one of putting us in “a position of facing for the first time, or in a new way, the task of seeing ourselves, myself and others, as human.”

[4] Thanks to Filippo Casati, Henry Cerbone, and especially Randall Havas for comments on an earlier draft. Thanks to Steven DeLay for the invitation and encouragement. 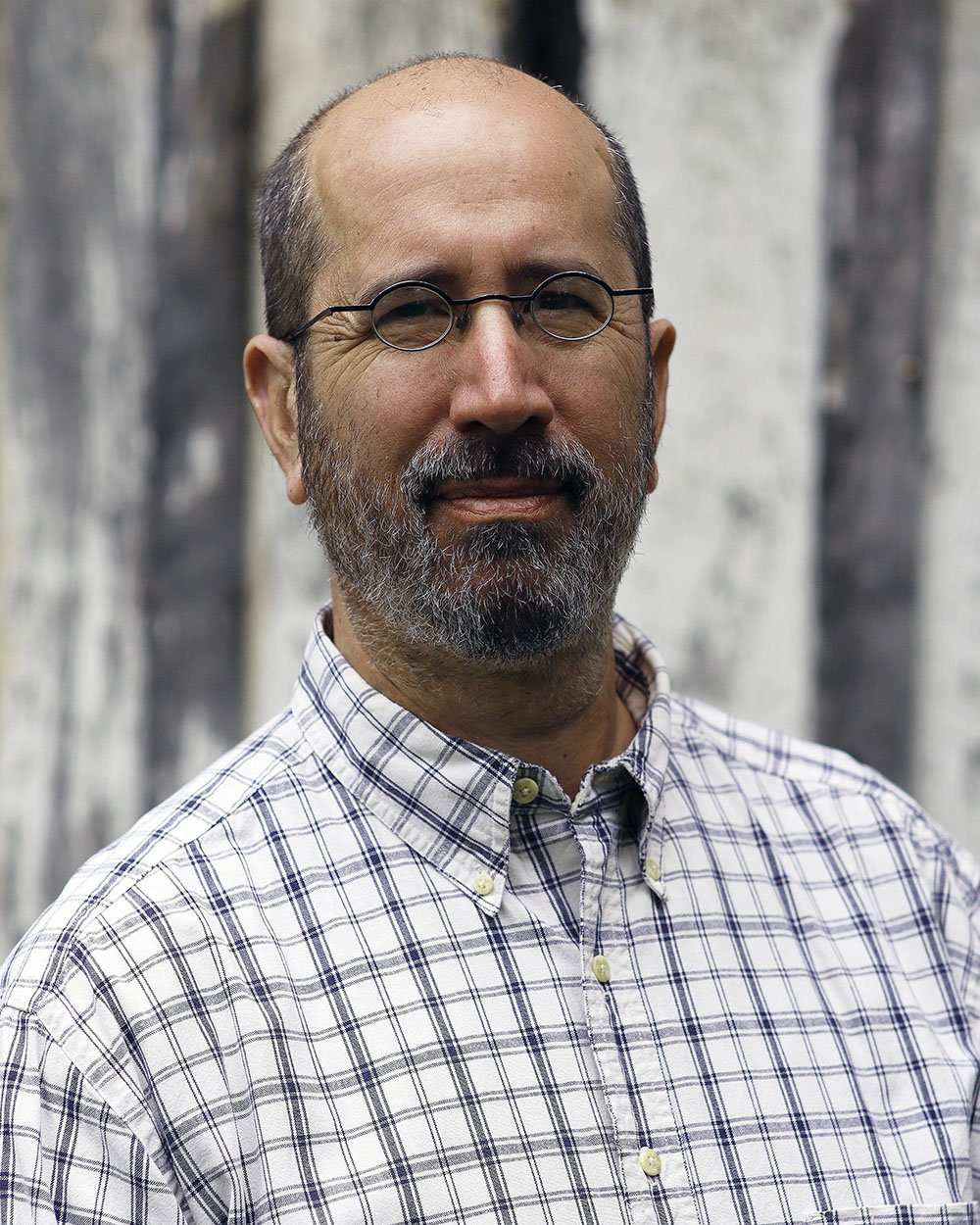 David R. Cerbone is Professor of Philosophy and Woodburn Fellow at West VirginiaUniversity, USA. He is the author of 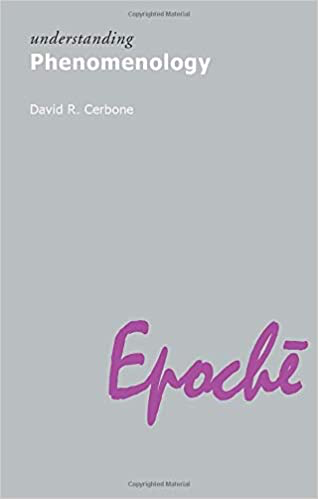 Heidegger: A Guide for the Perplexed (Continuum, 2008), and 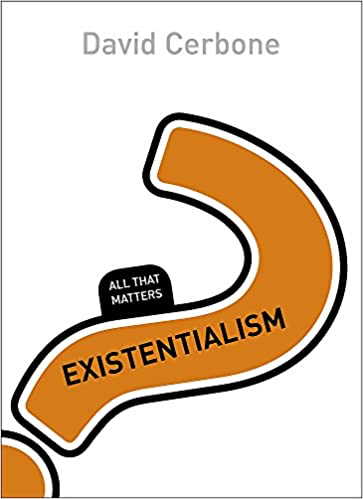 Existentialism: All That Matters (Hodder & Stoughton, 2015), as well as numerous articles on Heidegger, Wittgenstein, and the phenomenological tradition. He is also a co-editor (along with Søren Overgaard and Komarine Romdenh-Romluc) of the Routledge Research in Phenomenology series.