God On Trial: The Impious Philosopher as Would-be Detective The world is a crime scene. Existence, the first and final crime. And like most atrocities, the deed was done in the dark, committed when no one was looking. There are two postures one can assume in response to this brute fact. One can either accept it as a fact—that is, as something given, that which merely is, a precondition of thought which is thus impervious to thought—or, one can begin to wonder. When asked by the prosecution whether or not he was present at the foundation of the world, Job rightly saw that his questioner had supplied him with his answer. He realized then that his was an open and shut case and sought to defend himself no further. But those of us who lack the humility, and perhaps the good sense of that upright man, those more interested in putting others on trial than enduring our own (don’t be fooled, Socrates is chief among us), relish the thought that the role of questioner can be reversed and the accused can play the part of accuser.

The death of God has often been portrayed as a development in the history of philosophy, the turning away from a pre-modern belief in truth, objectivity, and external meaning. But it can be argued—and, indeed, I will argue here—that the death of God is just another name for the philosophical spirit, a way of approaching existence inaugurated by the impious Socrates when he began peeping up above the heavens and down below the earth. (Nietzsche makes a rather witty remark in the Gay Science about the indecency of this type of philosophical voyeurism. I, for my part, will forgo innuendo and will only observe the remarkable, yet unsurprising fact that very little is made of Socrates’s indisputable guilt; a testament, I think, to the father of philosophy’s acquaintance with the father of lies, his ability to make the worse argument stronger when accusing his accusers).

The question Why is there something rather than nothing? has about it the odor of God’s decay. It reverses the wisdom of Job—that whereof I cannot know, thereof I must not seek—and assumes from the start the old Protagorian principle, “Man is the measure of all things”—as ungodly of an assertion as ever there was. But “Man,” it should be remembered, only comes after the fact, after the existence of individual men, after a whole world of chaos and confusion, after everything already is. “Man” pops up on the scene, so to speak, once it is too late. And, realizing this, he stands at a crossroads. He can either let things be or he can view the world as a crime scene and begin his investigation.

The detective, I have argued elsewhere, is an image of the ideal thinker. The detective is not content with letting things be. A questioner, an observer, a believer, an artist—in him, philosophy, science, theology, and poetry meet. As a philosopher, he knows that he knows not. He is late on the scene and so must question his way toward probable answers. He deals inprobability, not certainty. Even when he solves a case, he never knows exactly what has happened or why it has happened. He was not there. He will never know. But he hopes to get nearer to the truth, closer to understanding, and he finds satisfaction in simply knowing what the truth is like—what might have happened, what probably happened, what is most likely to havehappened. The way he moves toward this “truth”—partial, fragmentary, bound up with his own finite perspective (i.e. the lies he tells himself)—is through observation. The scientific method is his method. He takes things as they present themselves and investigates them with the help of reason, evidence, experimentation, a conviction that order can be divined in (or, perhaps, brought to) experience. Still, he resists the explanatory power of all-encompassing laws and grand theories, preferring instead to stick with hypotheses which can be reworked, refined, or disregarded when new evidence arises.

Now although he is a skeptic and a questioner, the detective is not a doubter. Every detective is a theologian and indeed must be. By this I mean the detective is committed. He has his dogmas, his fundamental principles, which ground and orient his search. If he didn’t believe—believe to the core of him, in his very bones—he would never begin. There is such a thing as crime. There is such a thing as truth. The detective stands against one and on the side of the other. And while he may never know, still he believes there is something to know. He believes his search for truth will not be in vain. These are the premises from which his investigation begins, the foundation on which every investigation is built.

Yet in order to solve the case, the detective must do more than question, hypothesize, and believe. He must create. He must paint a picture. Provide an image where no image exists. Holmes and his descendants emphasize the role that reason plays in uncovering the truth. But the truth is that truth is never uncovered. It is recreated, reinvented, birthed into existence by the artists of existence, those who take the raw material of existence and make of it something that enables us to see and hear the world around us. Without inventiveness, without poetic imagination, no question would ever be answered, no problem ever solved. Experience is interpretation. Interpretation is construction. Construction is art. This fact goes unacknowledged by philosophers and detectives alike, but it is an essential aspect of how they—and we, all of us, who must create the world in order to live in it—engage with existence.

The detective is the ideal thinker. Confronted by a world that he does not understand, he employs every tool at humanity’s disposal in order to make sense of it. And yet, where does all of that good philosophical thinking lead? Knowledge, we have been told, is the forbidden fruit. Eat of it and God will die. Philosophy starts by reversing the roles of accused and accuser in order to put God on trial. It ends by issuing his death sentence and usurping his position. (“Must we ourselves not become gods simply to appear worthy of it?” (Gay Science, §125)). From the time of St. Paul, we have been warned about the wisdom of philosophers. The danger, of course, is that like our Adamic ancestor Oedipus, the first philosophical detective, we acquire the knowledge we seek only to find that we would have been better off not seeking it. And on that day, we too will be left with no choice but to gouge our own eyes out. 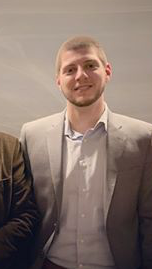 Matthew Clemente is a Lecturer in the Woods College of Advancing Studies at Boston College specializing in existentialism, philosophy of religion, and contemporary Continental thought. He is Associate Editor of the Journal of Continental Philosophy and Religion 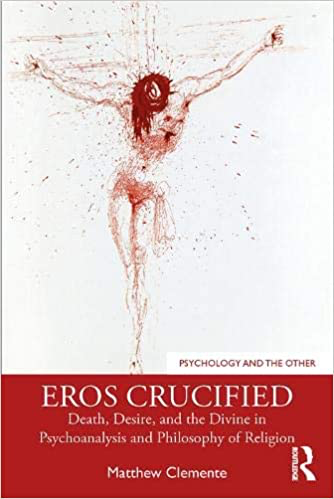 and author of Eros Crucified: Death, Desire, and the Divine in Psychoanalysis and Philosophy of Religion.