Brief encounter with the mysterian 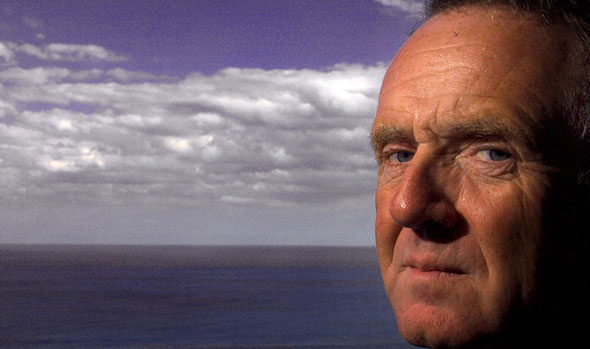 Colin McGinn has no time for interviews because he's too busy writing his books, practicing his backhand and doing the philosophical stuff - but even so he took time out for a swift fly-past for the benefit of 3:AM Magazine. He's funny, caustic and a guy who reckons he has the measure of what needs to be said and done. His blog is an evergreen provocation and he's not out to make friends but to keep the controversies hot. Best thing to do is to read the damn books I guess. His is the kick-ass obloquy done in the high-handed Swiftian style. Raw!

3:AM:You have lectured on the inner philosopher in us all. Were you even as a child someone listening to those philosophical questions?

Colin McGinn:I am still a child, and was an old man then. And yes, I was studying philosophy in the womb (see Descartes on the innateness of metaphysical ideas).

3:AM:You are a famous exponent of mysterianism, ‘a philosophy proposing that certain problems will never be explained or at the least cannot be explained by the human mind at its current evolutionary stage. The problem most often referred to is the hard problem of consciousness.’ I remember reading your book The Mysterious Flamewhen it was published in 1999 and being impressed by a really smart philosopher 'fessing up to the futilitarian idea that something was just too hard to solve. But I wonder whether you still think that we’ll never understand the nature of consciousness. Do you think there’ll never be a time when we get machines smarter than us? So I gues my general question is about philosophers changing their minds. Is there anything that could make you change your mind?

CM:I think we know the nature of consciousness better than anything else. What we don’t know is how it springs bright-eyed from the heaving of matter. Many machines are already smarter than us—at dumb things. My mind could easily be changed: by seeing consciousness leaking from the atomic nucleus, say. I also think physics is a hotbed of mystery (see my book Basic Structures of Reality).

3:AM:One of the cool things in your autobiographywas the detail about you playing endless games of pushball. Your approach to philosophy seems very enamored with an American, hip sense of style. Philosophy in the UK seemed drab by contrast. Is that right? 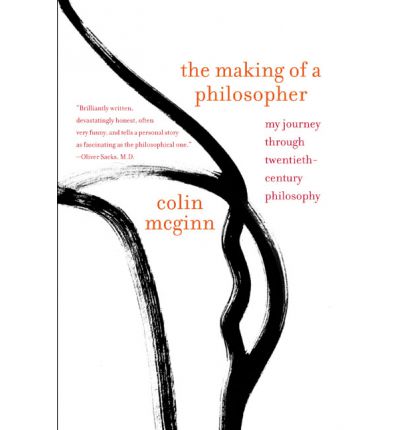 CM:I don’t know what pushball is and have never knowingly played it. I have played quite a good deal of pinball, as well as old video games like Galaga and Defender. My sense of style is not American-inspired: it is a combination of Steve Marriott and Vladimir Nabokov. I never found philosophy in the UK drab, just underpaid.

3:AM:You’re an iconoclast. You write things that cause a stir and shake up establishment figures. You seem to kick up. This seemed to me to be the heart of your attack on Honderichin a book review a few years ago that got everyone very worked up. Honderich seemed to be a snob and elitist who was happy to be super critical of others but didn’t approve of someone like you. Am I right to read this into your attitude to some of your peers. I recall in your autobiography that you had a kind of unhappy crossing with Michael Dummett which again seemd like a story of a grand big ‘un being impossibly rude to a young turk.

CM:I am a moral and intellectual elitist of the most extreme and repellent kind. I simply thought Honderich’s book was terrible. Dummett was just being Dummett. I think young people should be encouraged.

3:AM:Recent work in philosophy by, say, experimemtal philosopherslike Josh Knobe, seem to be much less inclined to elitism and far more constructively engaged in dialogic philosophical conversation. Do you think that philosophy is less the preserve of dull elitism than it was when you began?

CM:Philosophy now is horribly democratic. I used to be a psychologist, so I know about experiments; people who do “ex-phi” don’t seem to. I don’t mind surveying people’s conceptual opinions, but I find the hostility to traditional philosophy ludicrous and pernicious (I’ve written about this in Truth By Analysis).

3:AM:You wrote about philosophy and sport in your book ‘Sport: Art of Living’. You once compared Obama and Bush in terms of both sporting and linguistic prowess. Can you say more about your philosophical interest in sport, an unusual topic for philosophical reflection, and how such reflection helps us think about the world?

CM:I am an athlete by nature—it is in my blood. I spent a lot of yesterday in the howling wind practicing my backhand slice with a ball machine. I would rather throw a couch than sit on it. Philosophically, games and sport are the meaning of life (see Bernard Suits, The Grasshopper).

3:AM:You are a serious writer about literature. You have written about Shakespeare as a philosopher. Can you say something about him, about the problem of evil in his plays, his epistemology, ethics, happiness and the meaning of life? 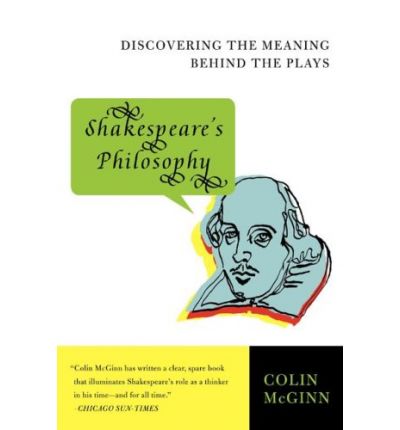 CM:Shakespeare stands above and below human life. As to evil and what not, I suggest reading my book Shakespeare’s Philosophy(I write books so as not to have to answer questions).

3:AM:Can you say something about how studying Shakespeare has impacted on your philosophical outlook? Are there positions you argue now that you doubt you would have argued had you not read Shakespeare?

CM:Shakespeare has had no impact on my philosophical life, except to make it seem less worthwhile.

3:AM:You argue that philosophy is generally an atheistic discipline these days. Yet you argue that ‘tolerating somebody else’s beliefs is not failing to critisise them. It’s not persecuting them for having those beliefs. That is absolutely important. You should not prosecute people for their beliefs. It doesn’t mean that you can’t criticize their beliefs.’ Given that most people now live in hugely diverse and pluralistic social groups, this is a subtle and civilized position that many people find hard to understand and accept. It’s something that I think Brian Leiterhas discussed in terms of religious belief. Can you say more about why you think this tolerance is of such fundamental importance?

CM:Tolerance is about freedom of thought and speech. Such freedom is the most precious thing in the world.

3:AM:One thing you say about philosophy is that to be philosophically smart you need to get to grips with some foundational stuff first before moving on to more esoteric subjects like whether God exists. So you argue that before considering Theism we need to know what knowledge is, what logical reasoning is and what truth is and so on. To some this might seem the wrong way round. They will say that we start with the esoteric question and we work out answers to what you’re calling the basic questions through thinking about those? So how do you answer that sort of thought?

CM:I have nothing to say about this question. I would be boring even myself. (All right: a bit of both.)

3:AM:Last year you published your book on disgust, ‘ The Meaning Of Disgust.’ The problem of disgust as you address it arises because of its nature as a sui generis aversive emotion ‘importantly different from its aversive cousins’. It is the uniqueness that makes it philosophically interesting to you. It raises the question: ‘ Why should we be so averse to what is not intrinsically harmful to us?’ So can you tell us how you go about answering this question. 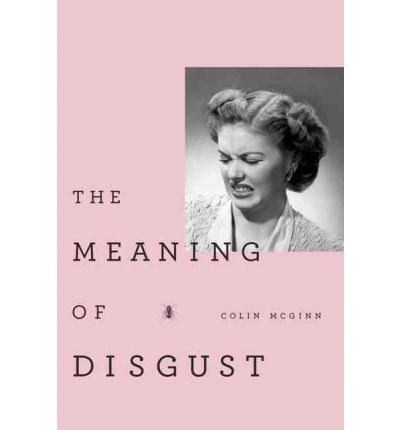 CM:My book on disgust is about the nature of that emotion, as it now exists, not about its evolutionary origins. Similarly one might write a book about knowledge and not bother too much with how knowledge evolved millions of years ago. As it happens, I have recently completed a book about human evolution and the hand. Both types of investigation are worthwhile.

3:AM:Josh Knobe and those in the experimental philosophy movement may argue that analysis without experimental data is blind. They might object that your approach is too rooted in armchair investigation. What would you say to this criticism?

CM:Conceptual analysis is not about concepts—it is about the world. We can analyze the world conceptually from both a first-person and a third-person viewpoint. I bang on about this in Truth By Analysis.

3:AM:You wrote about imagination in your 2004 book ‘Mindsight: Image, Dream, Meaning’ that you had decided to write on imagination because ‘contemporary philosophy of mind contains little directly on the imagination.’ You make the distinction between images and percepts. Can you say what this distinction is and why it is crucial for your overall understanding of imagination.

CM:Imagination is a big subject. It is becoming hip. It is fairly elitist. Images differ from perceptions in many ways; I seem to recall that my book relentlessly lists these ways. I was rehashing Sartre and Wittgenstein.

3:AM:Finally, you have written in your book ‘Ethics, Evil and Fiction’ that fiction can enrich the study of ethics. Can you say something about this and tell us which books you have found enlightening and which authors you’d recommend for readers here at 3:AM?

CM:Fiction makes evil bearable (herein lies its danger). I recommend my self-published novel Bad Patchesto readers of 3:AM (available from Amazon for $3.99!). It is about the evil of banality.

3:AM:And finally finally, could you give us a top five list of philosophy books you’d recommend to the smart readers of 3:AM (other than yours of course, which they’ll already be reading!)?

CM:I never read philosophy books anymore unless at the point of a gun. I recently read Richard Dawkins’sThe Ancestor’s Tale, which I found very informative. I also read Tivadar Soros’powerfully understated Masqueradeabout a very real evil (one of his sons gave it to me). I think The Cleveland Showis the funniest thing on television, closely followed by Downton Abbey. 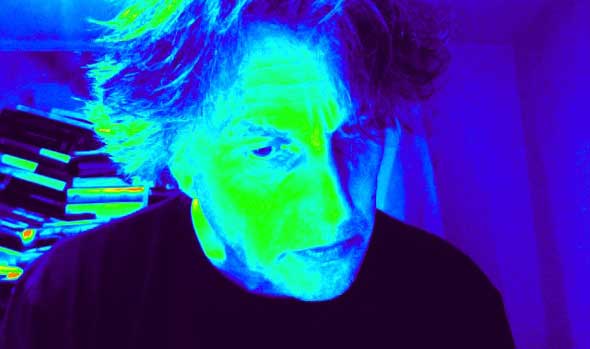