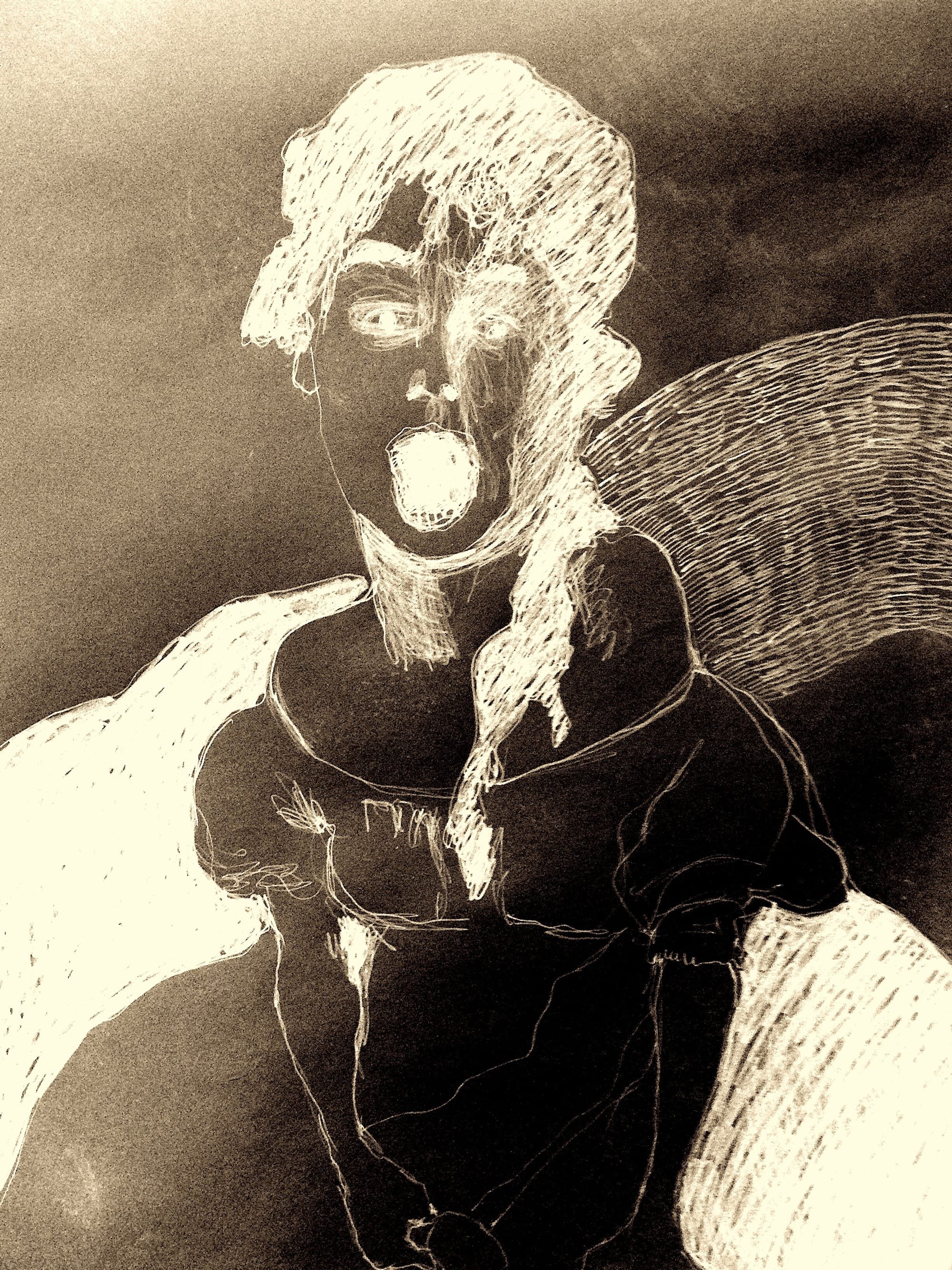 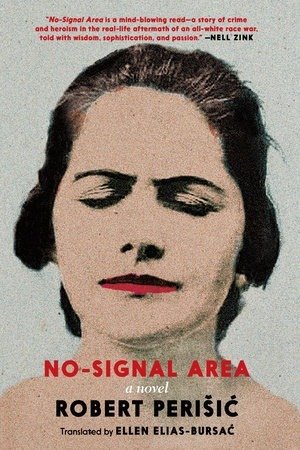 I’ve been reading a novel called 'No-Signal Area by Robert Perišić. This is what the blurb says. I think it's a pretty good blurb.

'Oleg and Nikola—hustlers, entrepreneurs, ambassadors of capitalism—have come to the town of N to build an obsolete turbine, never mind why. Enlisting the help of former engineer Sobotka, they reopen the old turbine factory, preaching the gospel of “self-organization” and bringing new life to the depressed post-communist town. But as the project spins out of control, Oleg and Nikola find themselves increasingly entangled with the locals, for whom this return to past prosperity brings bitter reckonings and reunions. At once a savage sendup of our current political moment and a rueful elegy for what might have been, this sprawling novel blends tragedy and comedy in its portrayal of ordinary people wondering where it all went wrong, and whether it could have gone any other way.'

Well, I like this new book by Robert Perišić which is set in somewhere like Croatia. Probably is Croatia given that that’s the place he writes about. He’s got what it takes to carry a complicated story through to the end whilst giving you the politics and zeitgeist of the place. And he’s got a great eye for detail, especially the humane stuff between people. So when I read it I felt I knew his characters well enough to argue with them and sometimes I wondered if they’d really do what they did. I felt I could ask that because he does such a good job letting you know what the character is thinking and what she or he did before so you can say: hmm, I don’t believe you. Or, hmm, you wouldn’t do that. Or else. If you’re doing that then what you were saying, doing, thinking before wasn’t quite the truth. So I’m always engaging like that with the characters in the book and that’s a great thing to be able to do and for me that’s the best thing about the book. It’s really good at fleshing out quite a hoard of these characters, all of them living in the aftermath of the long, slow transition from the fall of the Soviets and the nationalist war that followed to the desolate, wounded condition of the present. And I’ve not been to Croatia or anywhere like that and don’t have any specialized knowledge so it’s amazing that he can make me feel confident that I know some stuff about this place now and I know how their minds are working and what they are looking for in their lives. This is not always the case with some fiction to be honest so full marks to him for pulling it off for me. I like his brief but dynamic portraits that convincingly flesh out a rather dismal and drained world. It’s a realism flecked with something approaching satire, but it feels too close for that.

Maybe this is what happens when identities are drained. No one is more than the sum of their parts, and some of them are less. History is immense and looms. When John Hurt was on the set of the first Alien film he said something like, ‘No point in trying to act against this vast set. You just have to behave.’ It feels like that in this Croatian place. The immensities of its recent past are too huge and so the characters are just behaving. The world can’t easily connect up and unify around anything in the present because the history is like it is. So it’s like a great unfastened girdle that leaves everything just hanging out in lumpy exposure. It’s as if the people are all crying out ‘put it away’ to some kind of horrible but at the same time pathetic flasher. It’s feels a genuine thing and Perišić is brilliant in capturing its bodily reality. He shows how a sense of continuity is important to fixing identities if you want to settle into something authentic. These characters seem like they’re in a place where they’ve been mugged by a history that’s taken away whatever would have joined them to their ancestors, even their last generation, and now this is what they have to do to become someone. They’re all a bit desperate and sad and annoyed – one of them has gone mad but comes back by repeating a version of himself from before . And that is sad on its own. Which is a point of the book. This hankering for whatever we were. Everyone gets all sneery when people go on about a golden past and we tell them off: stop being nostalgic we say. It was never as good as you think it was. But I can understand it with these people because they literally have lost their pasts. They feel bad about it in their own undefined, muddled up way and so project back something warm and golden which then they regret having misplaced somewhere along the line. I get how that happens and Perišić ’s characters all have a little of that in them – even when they’re fighting against it and know in their heart of hearts that nostalgia’s just another part of losing.

I read it with other books in mind. Svetlana Alexievich’s books, in particular her ‘Second Hand Time’ where she gathers together the old Soviet voices. I think that Alexievich’s poignancy is something Perišić story is tempted by but actually rejects. There’s a respectfulness towards the Soviet past in Alexievich’s work that he bypasses. The old characters seem just a little too post soviet in their instincts from what I have gathered, but maybe I’m reading it wrong. The younger characters could have done with better foils was what occurred to me. The older voices – the engineers in the factory who were brought back – I wasn’t sure about them. I think this is something to do with the chosen form of his novel. It was a kind of satirical realism but done as bluff. It wasn’t Catch-22 satire but closer to Evelyn Waugh maybe – the one about the journalist who gets eaten by cannibals. I missed a tragic dimension. It’s realism showed the drab sadness and the greedy poverty of the place but couldn’t find anything really tragic. I think there’s a relationship with death that gets lost. I said to myself at the end that there’s something disappointing in the fact that the novel ends. I found myself wanting it to suffer the fate of Dead Souls. The further Gogol went down the line with that book the more he knew he couldn’t capture anything like a final word, he was losng his powers apparently and he knew it, and so he never completes it.

But I’m not saying Perišić’s book’s a failure because it has a well executed story arc. Doing that well is hard and he does it efficiently. So well done Robert. Actually he reminds me of one of my fave English writers, the mighty Tony White. It’s a neat blend of politically astute and to- the- moment concerns coupled with driving narrative forces that make these two writers so good to read. I always feel I’m getting some of the right stuff in an entertaining but smart way. So this is a fascinating book to me, driven by a sympathy and humour for the characters and their predicament. Of course the Communist experiment was first time round experienced as tragedy and so this tale of its second coming – the central conceit revolves round attempts to revive an obsolete turbine factory in a depressed town – is inevitably going to seem like farce. But farce comes at certain costs. You get the fanatically coarse-grained surface ugliness of the human zoo but without the atrocious depths. To reinvent life you need to know what you’re aiming for, and much of the time the characters are avoiding. This rings true, of course. Their bitterness is portrayed as keeping your enemies or finding new ones. The pathos of realizing that utopia shouldn’t be attempted in real life was ironically a fixture of late Soviet reality – Brezhnev’s and Gorbachev’s soviet was not one where fatal romanticism and utopian aspiration survived. And it was during this hopeless period that Gorbachev risked everything for the hope of some better world. Strange. Everything is confusing and confused in this world. What Perišić showed me is how difficult it is to know what life is supposed to be afterwards. I didn’t find the book comedic though. Mind you, I didn’t find the film “The Death Of Stalin’ comedic either – and I loved it too. I’m probably a bad reader of this kind of stuff. And I’m not sure whether we were supposed to be sympathetic to any of the characters. Some of the book is a bit too much about love stories and all that for me, and I found the relationships were drawn a bit too close to stereotypes so I often disagreed with what they were up to. But then, I tend to misread real people and disagree with them a lot too so this prbably just shows how good the characters actually are. I treated them like I did real life ones.

It’s not a fierce book like Ludmilla Petrushevskaya’s stories are. I read her stuff recently ‘ There Once Lived a Woman Who Tried To Kill Her Neighbours Baby’ etc and that is a book I like to think of as a very fierce raptor. So Perišić isn’t that. He’s more vegan. I can applaud this. (I know several vegans and am very fond of them) It steps away from the conventions of Dostoyevsyian, Agayevian carnivor novelisation. It resists the looming pitted hell darkness of a Bella Tarr or the spiritual angel geist of a Tarkovsky. It holds up a candle light to the faces of the emerging new existentialists who wonder what they want to become and whether there’s anything that can or ought to measure them. The publisher calls it a ‘rueful elegy’. I like that actually – rueful captures the sense of lost opportunities that pervades the book. Maybe I was wanting more dread. But that’s my problem. This is a terrific book. And actually it may be that it’s more truthful and honest than what I’m wanting. After all, some of us who had read our Ballard were thinking there could be a lot of nihilist sex and violence coming with the pandemic lock-down. But the disaster has actually brought out a lot of kindness and a spirit of care for everyone’s well-being. Maybe what happens next is going to be like Perišić's Croatia. Hustlers, entrepreneurs, ambassadors of capitalism are all going to spring up to bring us all back to life. And it’ll be faintly ridiculous, sad, odd, gently absurd and rueful because, just as happened whilst in the pandemic, we seem to have the knack for kindness without fatal romanticism and tragic depths. Perhaps that’s a lesson. Dialing ourselves down is how we get to be saved. It’s been a rather polite apocalypse so far. And some people are predicting we’ll do things better now we’ve been though this.

But I don’t know. I’m uneasy. I’m thinking: maybe this is just how it begins. Maybe bitter reckonings are coming – just as happened when Yugoslavia broke in the 90’s. Civil war in America? Mass unemployment? A global financial crash bigger than in the thirties? Brexit? A never-ending pandemic? Rising Authoritarian governments spreading like infections from China, Russia, India, Turkey, Poland, Hungary, Bulgaria, Brazil, USA etc etc etc. There’s a lot for staying nice to contend with. How long is Perišić's rueful going to cut it?

But if his Croatia is real, then maybe there's a rueful hope for us all yet waiting down the line.