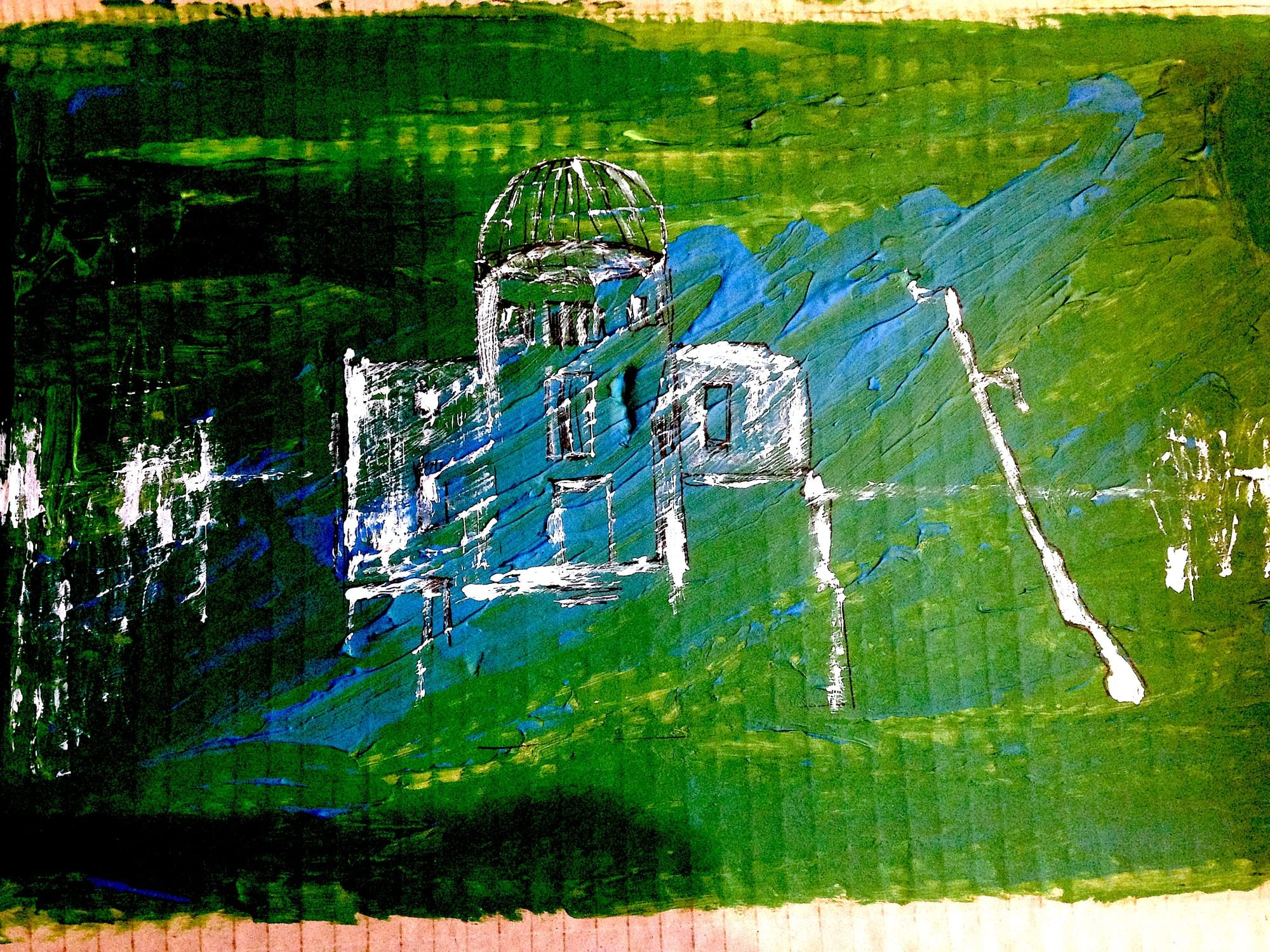 As a child I had no intellectual life whatever. I suppose I read a couple of books in high school, but I really don’t recall. I passed my time drawing; senior year I alternately worked and played around in Art class three hours every day. I came from a nominally religious family, but we didn’t attend church. So although I had some vague, undirected spiritual impulses, and I remember wondering about religion, my family didn’t encourage exploring such matters intellectually. Not that they discouraged it; the life of the mind just wasn’t a thing for us. It didn’t occur to me to attend college after graduation, so I took a job instead. And when after a year I decided to apply to a local university, it was only because I hated working and didn’t know what else to do. I took a philosophy class and enjoyed it, but I didn’t pursue it. In fact, by this time I was driving home every weekend to play in a band with friends. Music and popular culture had always meant more to me than academic work anyway. So after two and a half years I dropped out of school and played music around Nashville.

I wound up a fixture in the local music scene. I lived above a bar with roommates, entertaining hordes of intoxicated guests most every night and staying awake all hours smoking dope and dropping acid. I had no use for drugs that make the heart race; but those that altered my perceptions fascinated me. The mental-explosion sparked by LSD in particular affected me so radically that I engaged in various forms of interior experimentation and exploration that today I realize were actually quite dangerous. But I survived in tact, and in fact it was during this period that my intellect came to life. My experiences of a reality transformed blended with my early spiritual inclinations to reveal all sorts of distracting possibilities and questions. I knew that people had written about these things, so I borrowed their books from the local library. I also returned to art: I explored my early interest in Surrealism and discovered its origins as a literary movement. I read Breton and his friends and, following their lead, I looked into Hegel (!) and Freud. Thus I moved from author to author, from this idea to that, exploring the paths laid out for me in books. Poetry, philosophy, psychology, religion, science: I couldn’t get enough. As my intellectual interests expanded, I determined to retire from my wild ways and live quietly by myself. I moved into a new apartment, and when one day it struck me that maybe there was a small school down the road, I walked over and, indeed, there it was—Belmont College. I applied, they accepted me, and I registered for classes in philosophy and psychology. Within the first two weeks I knew that philosophy was IT for me, so I ascended—or descended—into the life of the mind, a manic but exhilarating thinking life that has endured for thirty years.

Philosophy for me, almost from the start, manifested as something like an argument between Plato and Nietzsche incessantly enacted in my head. Being or Becoming? Substance or flux? Truth or falsification? And the argument played out in the context of another contentious issue, namely whether philosophy is, or should be, akin to science or to art. Though I’m at home in the Analytic tradition, and though science (including the philosophy and history thereof) influenced me deeply, I have always been moved to infuse my philosophy with my creativity. Philosophy as a Wissenschaft is the ideal of some professionals, I know; and that’s fine by me. But it’s not fine for me. Though I have studied the literature and the relevant languages with studious attention to detail, I have never aspired to be a wissenschaftlicher Mensch. Scholarly knowledge is essential to the life of the philosopher, Nietzsche convinced me of that; but if one’s knowledge isn’t allied with an artistry of thought and expression, then although one may be a member in good standing of the philosophy profession, he is no philosopher. Nietzsche taught me that too, and Plato reinforced the lesson.

Philosophy today, as far as I can tell, is mostly either scholarship or the refinement of arguments for the journals, all with an eye toward a monograph with the right academic publisher. This is to be expected when a civilization’s faith in grand Truths and meta-narratives has collapsed. What else to do but dispute the hermeneutical minutiae of other people’s ideas or tweak this or that old chestnut of an argument, especially if such activities are the route to security and prestige among one’s peers? Ahh, it’s all one big job-talk…

I exaggerate, of course, but I’ll let the hyperbole stand.

Maybe I’m saying that philosophy is dead, and that we have killed it. That authentic philosophy was asphyxiated by the philosophy profession. That’s too facile, but it’s true that there are no Platos or Nietzsches around today. Platonists and Nietzscheans, yes. Plato and Nietzsche scholars, in abundance. But where are the living philosophers, the scholar-artists, the creatively deep thinkers? The problem has consumed mee for years, and for years I wanted only to become a philosopher myself. Maybe I succeeded; I used to think that I had. But these days I no longer care. Or, rather, my cares have been transformed. I have come to regard our “psychic explorations” and “ontological investigations” as so much internal chatter, our talking to ourselves about the meanings of words and the relations between and among concepts, those meanings we happen to know and those relations that happen to strike us. Hyper-intellectualized, and all too often gloomy, distractions from the real—the real with a lowercase “r”.

Plato set us going on this misguided—this imaginary, illusory search for the Real, and although Nietzsche nearly overcame it, he declined too young to reclaim his true youthfulness. I suspect that if he’d lived to follow through on his own insights, he would have come to Cratylus’s conclusion (shared in a way by Zen, though distorted by religion accretion). He would have let his Übermensch and Will to Power slip into the river of flux and float away; he would have realized that preferring his preferences to others, and wanting to argue about it, is an endless and silly game; he would have held his tongue and, if questioned, only wiggled a finger.

Or maybe not; I don’t know. Plato and Nietzsche were unusual men. Who can say what they were after? But as for me: Lin-chi remarks that when you understand that fundamentally there is nothing to seek, you have settled your affairs. I think maybe I have settled my affairs. Finally. I am done with the make-believe search, stalking the mythical minotaur of wisdom; and although I cherish the years I wandered though the psychic labyrinth, I feel liberated, and rejuvenated. Returned to the sun and the land of the living, out of the shadow of the death of God.

What? Isn’t this just another form of darkness? Isn’t this nihilism! Call it what you will. I call it ataraxia. 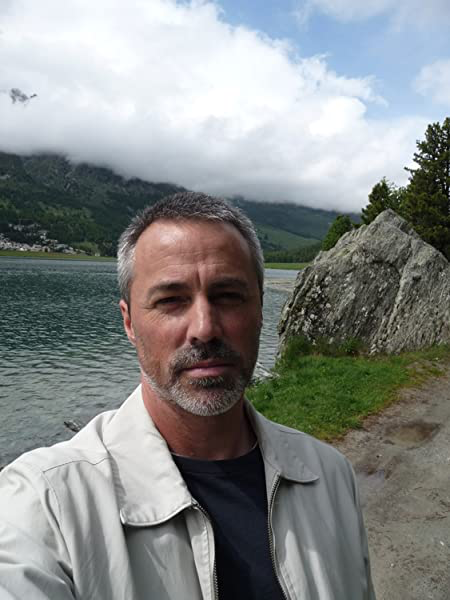 Mark Anderson is Professor and Chair of the Department of Philosophy at Belmont University. He specializes in Plato and Nietzsche, and he writes about these figures to reflect on the practice of philosophy as a way of life. 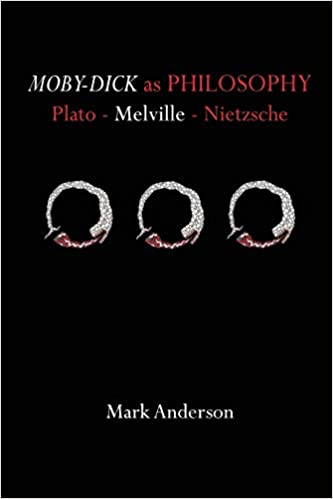 He is the author of several books, including Moby-Dick as Philosophy: Plato — Melville — Nietzsche 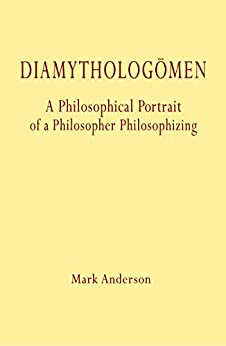 and Diamythologômen: A Philosophical Portrait of a Philosopher Philosophizing.

He walks his dog Scialla twice a day.