Armed with Art in Times of Uncertainty 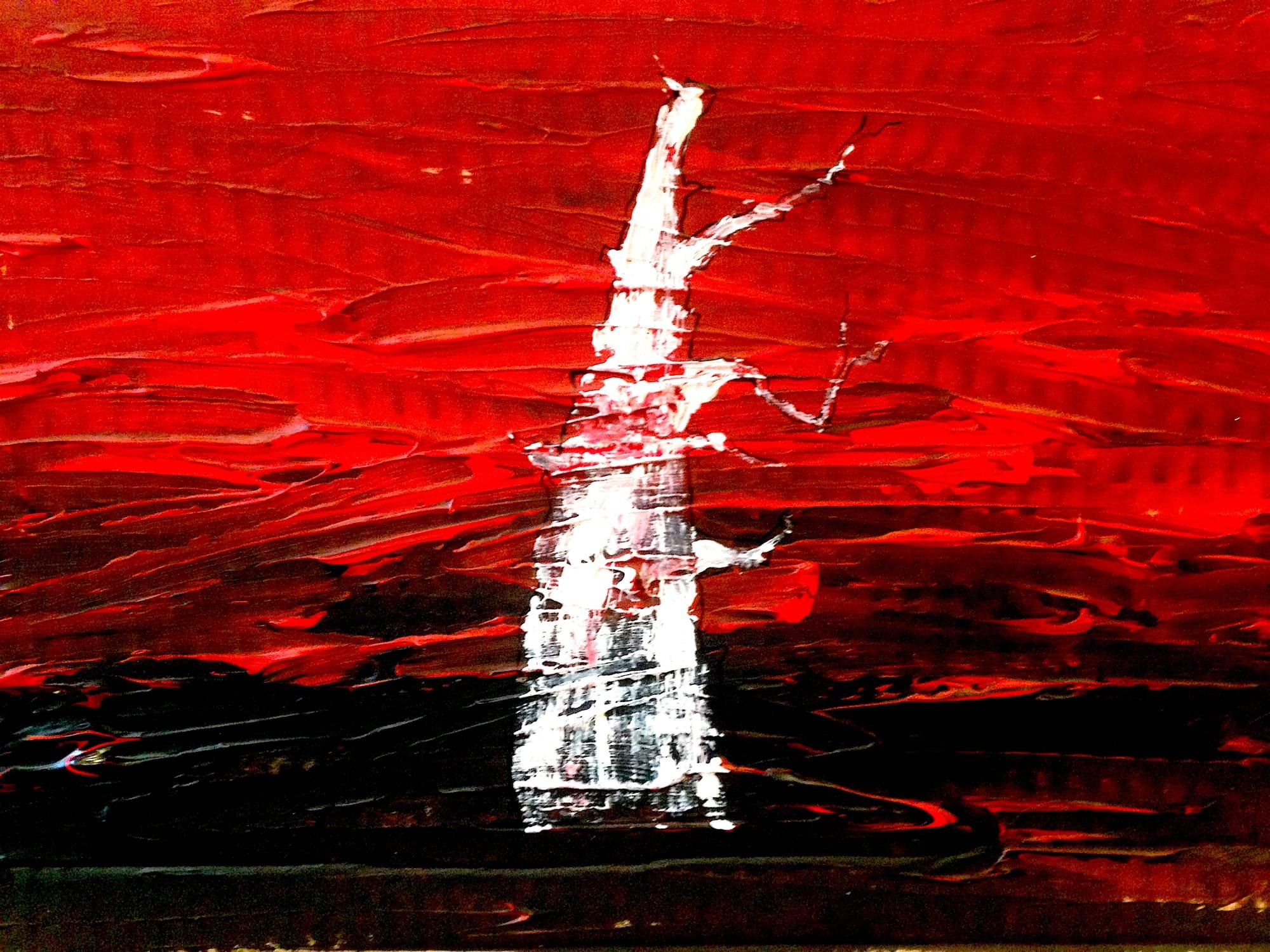 “There is more than one kind of freedom, said Aunt Lydia. Freedom to and freedom from. In the days of anarchy, it was freedom to. Now you are being given freedom from. Don’t underrate it.” So we hear from Margaret Atwood in the modern classic  The Handmaid’s Tale. Reading dystopian novels by Margaret Atwood during a global lockdown might not have been the best idea. Or so I kept repeating to myself during the restless nights of spring 2020. I saw vivid parallels between the hostile takeover and subversion of the United States by the theocratic state of Gilead, as described by Atwood, and the restrictions inflicted on the population by governments the world over in the name of “public health,” thus supposedly “the higher good,” during the global health crisis caused by Covid-19. Restrictions on travel and movement, even curfews (including the closure of schools and day-care centres), not only offered ready examples of unprecedented encroachments on our freedom; they also opened up serious existential questions regarding the very nature of freedom and how, if at all, we experience it. The initial meddlings into freedom of movement in Gilead were excused on the grounds of “security” and few questioned them. Later and more blatant interventions, such as transferring bank accounts from women to their male partners, and dismissing women from their jobs, aroused suspicions. Our own situation during lockdown could have been understood in a similar way. Some measures (limiting physical contact in enclosed spaces) were entirely understandable; some (closing small shops, parks and playgrounds for children) were more dubious. I could not help but think that a global lockdown in response to a health crisis was fulfilling some kind of bizarre Gilead-like scenario. “Who is profiting from this?” I asked myself. No answer was forthcoming. I did not revolt. I was as compliant as the next person. But I felt robbed of my life and of my responsibility for my family.

Writing this, I know I am treading a fine line, and I may lose readers whose populist governments failed to protect their citizens “in the name of freedom and the inalienable right to decide for themselves.” However, failing to address objective and crucial questions as to which measures should rightly be applied may be just as dangerous as failing to act at all. Critical questions raised in the public sphere should raise a critical mirror to those in power and let them know that: first, however exceptional the circumstances, they are still under scrutiny; and secondly, they are duty bound to provide information on how the restrictions work in real life and whether they are effective and therefore whether they are even necessary.

My vigilance, or perhaps my paranoid state of mind, was undoubtedly influenced by my reading. With the benefit of hindsight, however, I do not see my blending of the fictious world created by Atwood and the real world designed by nature in a negative light. And what can easily be explained as a case of pure human intuition is a matter of hermeneutical investigation for many scholars. Paul Ricœuris convinced that literature is one of the best means of re-defining reality, because poetic language is the most appropriate means of imitating it, and that it is this re-creation of reality which helps us reach its most profoundessence.Hans-Georg Gadamer insists that art, in this case literature, is a source of knowledge and understanding which should not be undermined or underestimated. Another source, one that has never been doubted, one that enjoys recognition in the public sphere as well as in academia, is of course science. Gadamer contends, however, that since the Enlightenment science has enjoyed a monopoly on authority and art has been dismissed as a mere leisure pursuit, something that has no impact on our understanding. He blames Kant for classifying art as a transcendental category and thwarting any positive impact it may have had on developing our knowledge and understanding. But art has a special potency and ambition. Nietzsche, no less, was persuaded that art has a prophetic role: the artist foresees social phenomena, and we participate in the materialisation of these “prophecies” by consuming works of art, music, literature, and so on. These works are artistic interpretations of something that has happened, is happening, or is to come. The general populace may not be aware of this, but the “attentive” can see it well ahead of time. Hermeneutically, artistic interpretations of reality often precede epistemic interpretations. If we remove art from the hermeneutical process, we allow a whole dimension of reality to “lie fallow” and risk coming too late with our suggestions of how to put out a fire that has already taken hold. One notable example of “artistic prophecy” regards the work of the Viennese fine artists Egon Schiele, Oskar Kokoschka, Koloman Moser, and others, and their foretelling of the collapse of the Habsburg monarchy in central Europe and the outbreak of the First World War. While the Viennese petit bourgeois were deceiving themselves into thinking that their world was the only stable point in the universe, Schiele and his peers were reflecting on the end of “the old world.”

Atwood’s novels are especially appealing because most of the terrors she depicts and extrapolates upon are based on real events. She is not of course alone in undertaking such an enterprise, but literary approaches vary. Atwood interprets the past for the sake of the future, so that it may never happen again. In times of uncertainty – whether that be a global health crisis or the rise of radical populist regimes that are bent on destroying Western liberal values and creating of false dichotomy between freedom and security – such interpretations raise a finger of caution: Beware – you may be losing more than you are gaining and it may be extremely difficult to put things right again. The aesthetic experience may be overwhelming, and it may catch us unawares, but we can profit from it and learn from it, especially as history tends to repeat itself. Perhaps, then, reading Atwood’s dystopian novels might not have been such a bad idea after all. It served as preparation for the second wave of the coronavirus, which came with even greater intensity than the first and to a mostly tired and demoralised public. And it has massaged my flagging muscles and given me strength to tackle my frustration and keep my family together in some sort of “new normal” sanity. 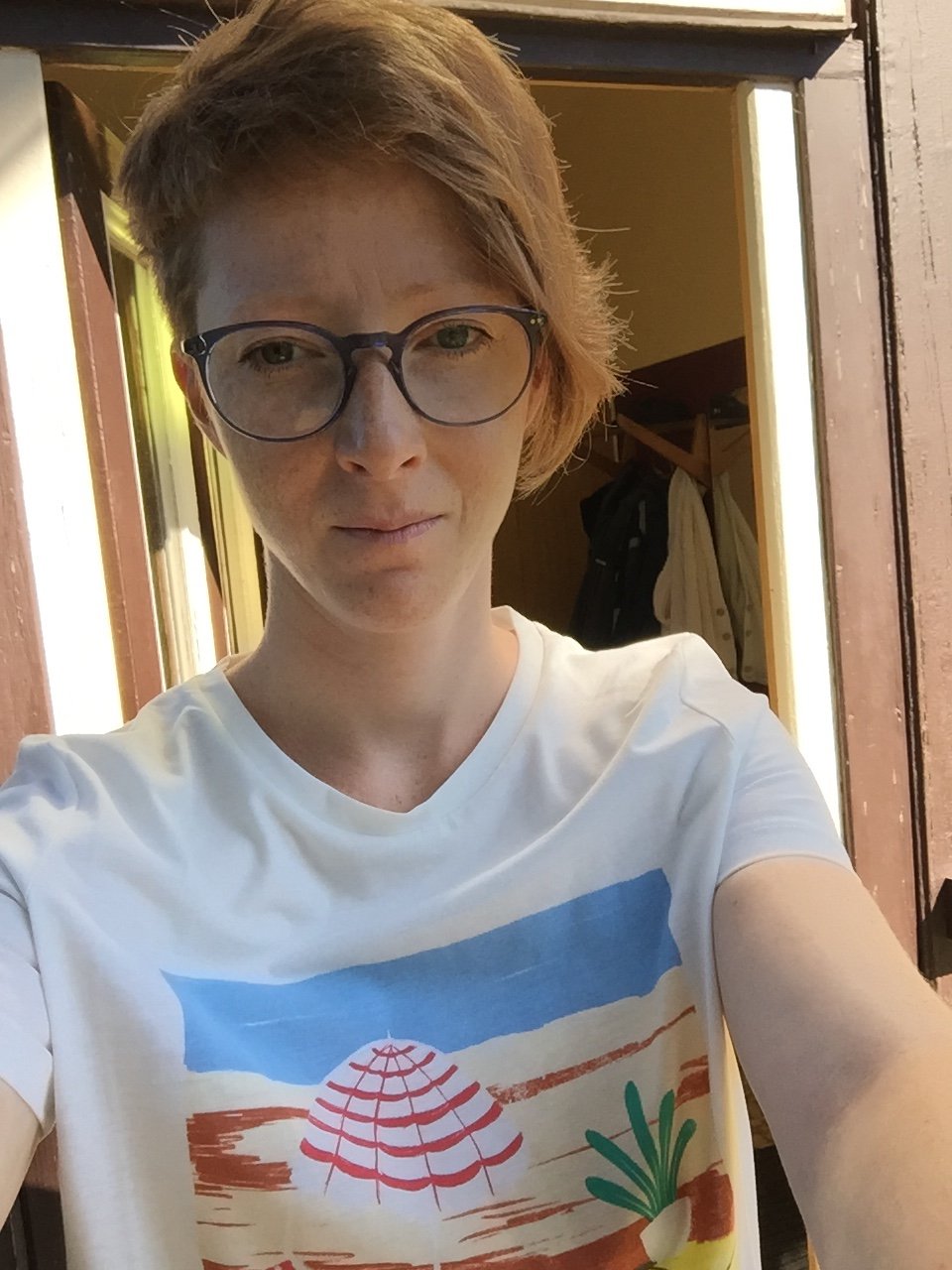 Katerina Koci is a post-doctoral researcher at the Institute for Human Sciences in Vienna, Austria, and a laureate of the Lise Meitner Fellowship funded by Austrian Science Fund (FWF) for the project entitled Woman without a Name: Gender Identity in Sacrificial Stories (M2947-G). After defending her doctoral dissertation from KU Leuven, Belgium in 2017, Katerina held a fellowship at Charles University, Prague. Katerina is the author of The Land without Promise: The Roots and Afterlife of One Biblical Allusion (Bloomsbury, forthcoming in August 2021). She lives with her husband, a fellow theologian/philosopher Martin, and two small kids in Vienna.