Appendix 2: (Radical) Constructivism - What Difference Does it Make? 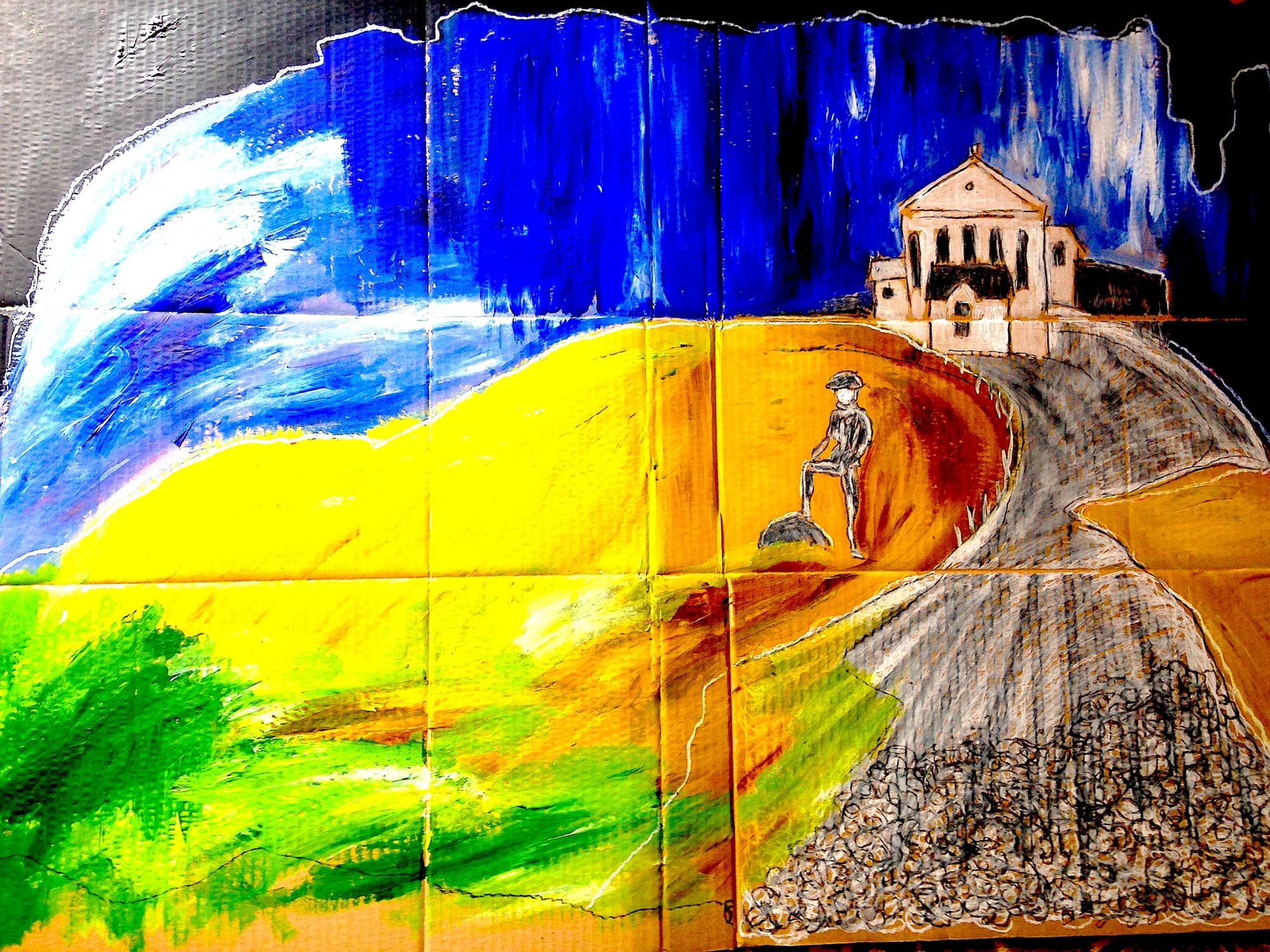 1. (Radical) Constructivism and (Critical) Realism occupy different positions in the realm of epistemology. The differences are considered so grave, that extensive discussions hardly ever take place.

Criticism is mostly limited to standard phrases or simple devaluations stemming from ignorance. Everybody claims that their own opinions are misrepresented or even that they never held the opinions imputed to them, such as denying reality here or naive realist views there.

2. The main objection of the Realist is that the Constructivist cannot do without realist presuppositions. (And for Niklas Luhmann constructivism is even explicitly a realist epistemology). The Constructivist is in reality a Realist ;– and at least when he tries to put his head through the wall he would have to admit this. (1)

3. The Constructivist criticizes above all the realist assumption of an, at least in principle, cognizable reality. Our conceptions and descriptions of the reality can only be compared to other conceptions and descriptions and not with reality itself. The correctness, let alone the truth, of world views is not ascertainable. A world beyond our senses and concepts is not cognizable. We all construct our own world – but interdependently and in coordination with others.

4. In his critique the Constructivist universalizes his own principles to presuppositions valid for realists just the same. He cannot grant the Realist to “actually” perceive and recognize the world and therefore that he is a Realist in his own right. If the world is 100 percent the world of my experiences and my living, if knowledge is exclusively an internal construction of the human subject, then this holds equally well for the Realist, whether he wants to acknowledge it or not: The Realist is in reality a Constructivist.

5. Realism thus becomes a special case of constructivism, which tries to absolutize its construction of reality by equating it with independent reality. Thus the difference between realism and constructivism is reduced from an epistemological distinction to merely a difference in (epistemic) attitude. But the idea that we are all Constructivists, whether we admit it or not, is based on certain biological, psychological or cultural presuppositions; hence constructivism has to face the same objection of absolutization it raises against the Realist.

Whether scientists see themselves as Realists or rather as Constructivists depends largely on which philosophy (of science) is in vogue. There is no indication that realist-oriented scientists are more successful than constructivist scientists and it makes little difference to the results of our knowledge-efforts, whether they are interpreted as inventions or as discoveries. According to Ernst von Glasersfeld it was not until the 20thcentury that “scientists began to realize that their explanations of the world are always based on concepts shaped by the human observers” (2)  But even before this insight, scientists did exactly what they have now come to realize they do.

7. Glasersfeld replaces truth/correctness with viability and falsehood/error with non-viability. (Sometimes expressions like “irrefutable” or “undeniable” serve the purpose.) However, the constructivist terms are fraught with the same problems as those they seek to replace. Viable constructions cannot be positively matched with reality. Strangely enough a direct contact, a direct confrontation with an “ontic reality” becomes feasible exactly then, when our (therefore?) non-viable constructions fail or collapse. Admittedly the failure of our constructions allows a merely negative determination of reality, some kind of “Not so!”: “Reality can only be described with reference to those thoughts that have proved unsuccessful.” (3). Glasersfeld says that “for the Constructivist it is completely irrelevant how the real really is” (4). But that reality is like a ‘wheel that turns nothing’ may well hold only as long our constructions are viable und not eliminated through “natural selection”.

8. The inconsequence of constructivism just then when our constructions fail, indicates that it has also adopted the dualist argumentation technique together with the presupposition of an at least negatively knowledge-relevant language-independent reality.

But perhaps this inconsequence is avoidable? Aradical constructivism could argue that our (theoretical) constructions can neither be positively nor negatively matched with reality. The repeatedly invoked argument of the skeptics probably does not merely apply to views and ideas that are correct or viable.

9. How is failure or refutation of theoretical constructs determined? For the success of our constructions we are responsible ourselves – is nature, is reality responsible for their failure? Who determines whether constructions are viable or not? Reality or an(other) theory about reality? Constructivism would become more stringent if it decides for the second option. This is the option applied in scientific conflicts about the viability/non-viability of theoretical constructs. The failure of theories, their refutation, is thereby always stated from othertheoretical positions, which are presupposed as not (yet) failed to the failed constructions. This may explain to some extent why theorists are rarely impressed or irritated when their theories have been declared failed by other scientists.

10. Constructivism often claims that “natural selection” or even “reality” is like a “sieve” in deciding the viability of constructs. Perhaps constructivism would be more stringent if it would concede that here decisions are based on a theory of evolution mutated to a presupposition for these constructions.

11. For a theory to fail or to get refuted simply means that it runs counter to the theory which states its failure and refutation. In science there are probably hardly any theoretical constructions – unless nobody knows them except their representatives – which have not been refuted from some other theory. How often has the Theory of Relativity been declared “refuted” or “failed” or, what the refuters insist upon,  actually been refuted. Darwinists are not impressed that they were falsified by Creationists, nor vice versa.

In the most different sciences the strangest views are or have been held: that the earth is flat, that mankind is not older than a few thousand years, that all cave paintings are fakes, that Aids is (not) a viral disease, that the universe was created with or even in a big bang, that matter is preferably dark and consists of quarks and other particles or simply of energy, that there are black holes, that phlogiston exists etc. – all these constructions have worked in the convictions of their constructors and often continue to do so. Many, if not most, advocates of their theories have held them to the end of their lives despite all challenges and accusations of failure, despite all falsifications. Often they have answered the refutation of their own theory with a refutation of the theory from which they were refuted. And in the rare case they have given up their theory in favor of another one, they have declared their earlier theory as failed or refuted from the approach of the successor theory.

12. Realist, traditionally truth-oriented thinkers sometimes claim, as Glasersfeld points out, that constructivism and other related schools of thought with relativist tendencies and multiple worlds “are dangerous, because they cannot counter aberrations such as nazism”(5). Karl Popper even insinuates that relativism leads to anarchy, to lawlessness, and tyranny (6). But realist convictions all the same are no safeguard against holding andjustifying arbitrary views. This does not require the texts written in a thoroughly realist jargon by creationists such as Morris or Ross or even those of Holocaust deniers like Faurisson or Butz – it is perhaps sufficient to point to the support of the Unification Church by realistically oriented thinkers like Eccles, Bartley or Flew.

13. I doubt that constructivists have to be tolerant “on purely epistemological reasons”. (Critical) Realists and Rationalists also claim the principle of tolerance for themselves and base it on the fallibility of the human mind. And why shouldn’t there be dogmatic, intolerant and ignorant Constructivists just like tolerant and modest Realists (even if Popper only preached tolerance and intellectual modesty and Glasersfeld lived it...).

14. Both modes of thinking – the realist as well as the constructivist – are manifestations of an argumentation technique. This argumentation technique allows to present any arbitrary opinion as true, false or failed in the realist case and as (non-)viable, failed or refuted in the constructivist case, depending on whether they are held or rejected. This is done by invoking an “independent reality” or other instances generated through the realization and universalization of theoretical constructs from biology or from other sciences.

The Radical Constructivism of Ernst von Glasersfeld should at least be credited with feeling uncomfortable with this mode of argumentation and struggling to get rid of a predominantly objectivist and realist terminology. This is sometimes difficult: “That others need not see their world so, as one see one’s own” (7) is trivial in the case of different, subject-dependent worlds. But if the world is the same for the other as it is for me and we “only” see it differently, then the constructive moment is lost from “seeing”.

15. The conflict between a constructivist proliferation of worlds and a realistic reduction towards the one (and “true”) reality will have to be decided according to preferences drawn from presuppositions, that are compelling only if we make them...

(1) Realists attempt to refute constructivists often with the help of examples taken from “everyday realism” – exactly that area for which most constructivists (but not Ernst von Glasersfeld) suspend their constructivism. The Flight From Contingency 10 here

The Flight From Contingency 11 here

The Flight From Consistency 12 here

The Beyond of Philosophy 10 here.