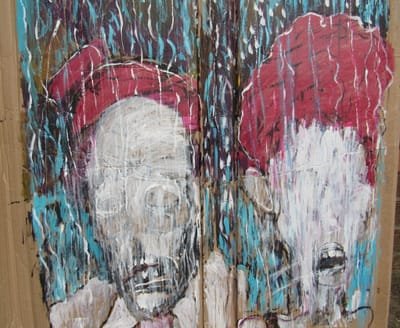 Philosophy from the Black Radical Tradition

Climate change threatens to lead to climate colonialism in three ways. First: the imperative to respond is a colonialist imposition in and of itself in Nkrumah’s sense, given that the challenges posed by rising temperatures are disproportionately caused by the emissions of colonizer nations like the US and its effects will constrain or control the governing possibilities of the Global South (or Third World or whatever we’re saying these days). Secondly, the likely consequences will reverse whatever gains have been made since independence and cement colonial hierarchies of power: many Global South nations are positioned to be hurt first and worst by climate impacts and have worse infrastructure to prepare effective responses to climate crises. Lastly, the character of global climate justice efforts might themselves feed into climate colonialism. Powerful countries, corporations, and non-state actors may exploit the less powerful to secure their own resources and populations. Continuing the End Times series, Richard Marshall interviews Olufemi Taiwo