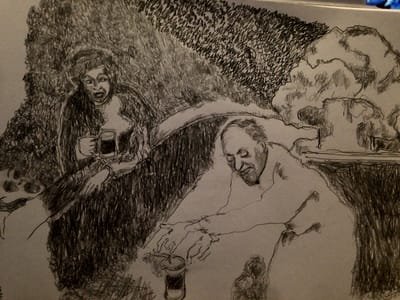 'I am a dialetheist, or glut theorist, and on that basis I also think some paraconsistent logic is correct. An example of a true contradiction is that for any set, there is always a bigger set than that (Cantor’s theorem), but also there is a set of all sets (the universe of sets) which is as big as it can be—so the universe is bigger than itself, and not. Obviously. ... Or for a more mundane example, if you quit smoking six weeks ago, then you might be both a smoker and not a smoker. Do you want a cigarette? Yes and no. Continuing the End Times series, Richard Marshall interviews Zach Weber