The Ecstatic Silence: 61 - The End 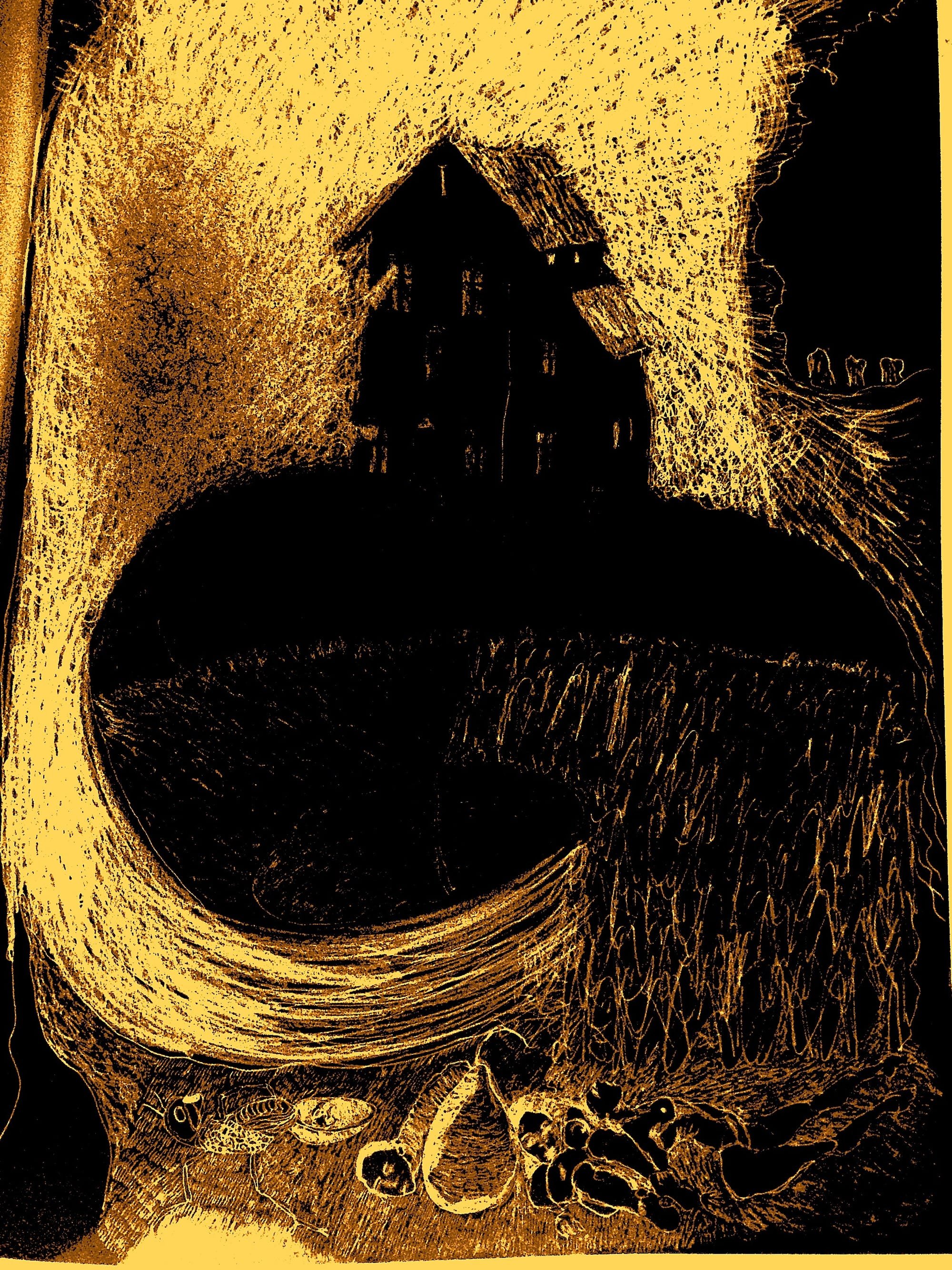 Where did he go? Behind the white house the hills pressed down, flooded with summer green. Inside there was colour and life against the dark woodwork. There was a clouded light on the stairs. But now there were little swimming waves of creeping fear too. Johnny heard a tiny laugh behind him and wondered whether it was himself doing that. But the small laughter moved as if from one side of the hallway to the other. It faded rapidly away. There was a babbling murmur, and a scraping that seemed to come from deep within the house. He saw a swift movement in the shadows, across the way. It startled him. He tightened himself as if ready to repel an assault. There was a figure moving in the shadows above his head. He tried to see what was on the ceiling. The dark rolled like it was incapable of fixing itself. The movement rocked dangerously. It was as if the whole room was suddenly wobbling away from its moorings. It all seemed to rush down.

A terrific banging started up from somewhere else in the house. It sounded far away. The rushing sound was as if a huge gale had suddenly blown through. But the windows were all closed and the curtains didn’t move. Johnny heard a great shaking crash. Something huge, something obscene and massive was falling headlong. That’s how it struck Johnny. He felt a dizzying coldness shut in. It seemed the white house was trying to close itself. The doors all rattled and the furniture shook. There was a thin and lunatic laughter coming from overhead. It was a terrible sound that leaned over him. He felt lost. Everything seemed to have reached a stage of violent decay. He wondered how the house was inside of him whilst he swayed inside of it. The insane conundrum whirled around and he began to feel he needed to make notes. He ridiculously fumbled for a pencil and notepad, plunging his hands into his pockets even though there was no reason anything would be found there. Something crawled through the dark over his head. He couldn’t see anything. Everything was moving, gyrating madly. The frenzied air now cooled further and he felt the spaces were closing in. He thought about being buried alive. Of being walled in. Walled up alive, he thought and again wished he could take down notes. He needed to organize his spontaneity. The edges of everything seemed buried and blurred. The air hissed around his face. He felt nothing but terror as if whatever was in the house was now encroaching from a heinous elsewhere. He couldn’t help but feel terribly sorry. He wanted to apologise but there was no one. Besides, his solid line now vibrated into a shimmering blur of particles. The house was black as treacle. Everything was running, melting. Now he realized the terrible risk.

He saw his own eyes staring up at him through the terrifying letter box as he swung from the rope in the dark. But his scream was from years before and wasn’t heard by anyone. 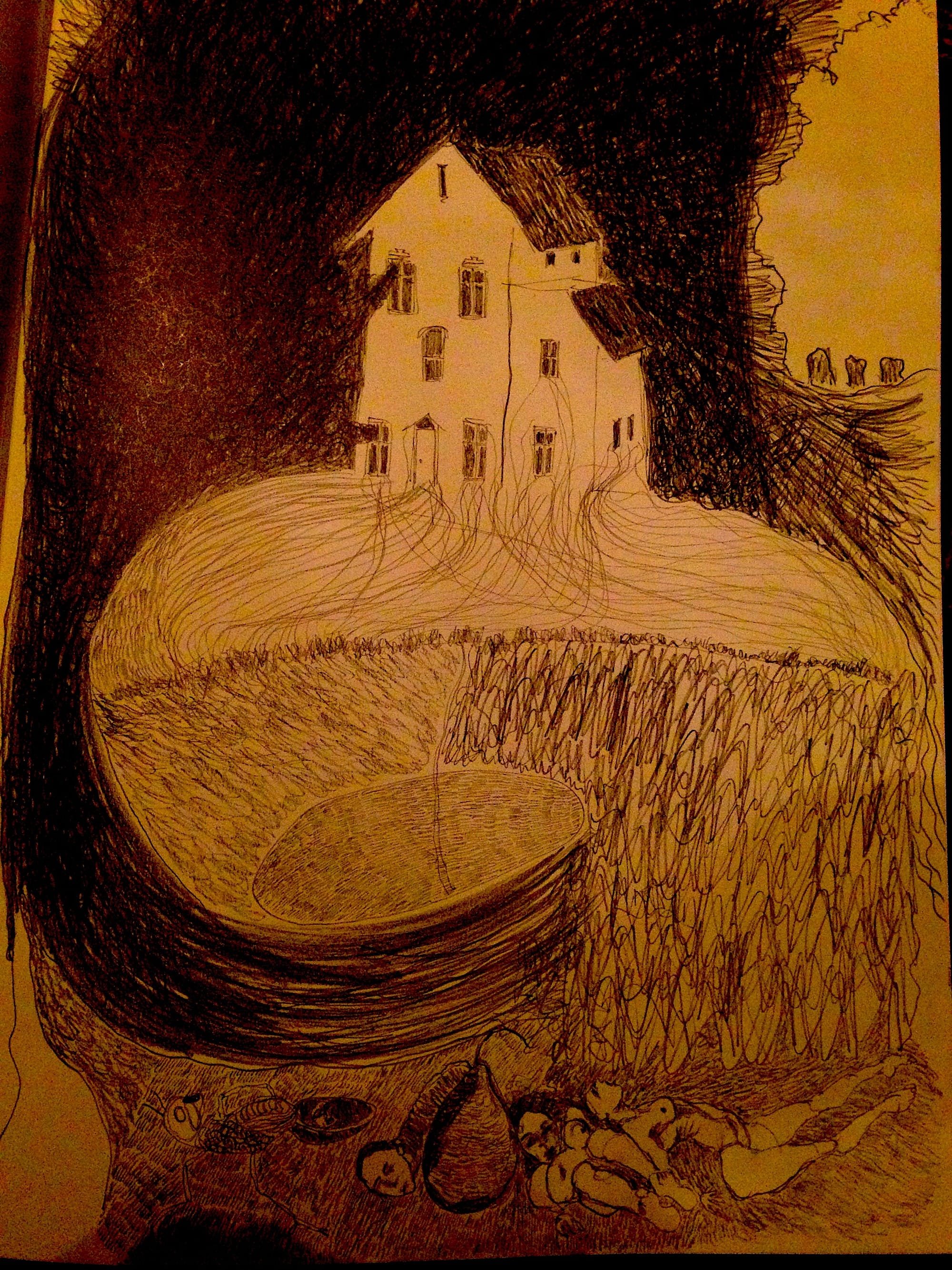